We need to talk about Kevin. 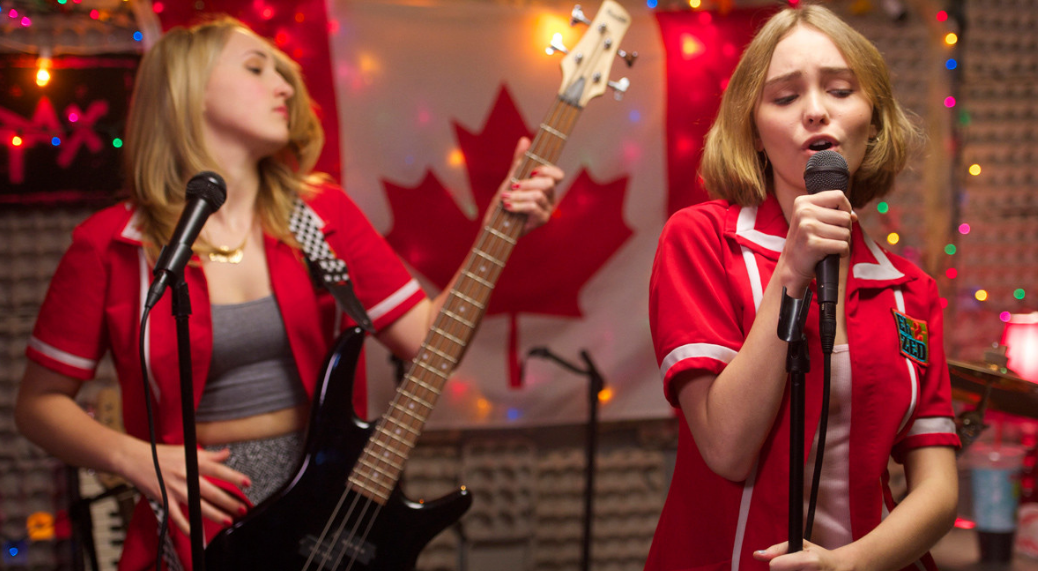 Kevin Smith was ready to take his ball and go home. After critics dismissed Red State, his 2011 attempt at a legitimately disturbing look into a right-wing cult – unfairly dismissed, in the opinion of this critic – Smith declared his intentions to retire from filmmaking. He was going to make one more two-part hockey epic, entitled Hit Somebody, and then retreat to the world of podcasting. The hockey movies never materialised, but at some point he changed his mind about retirement and made a pair of different movies that were related to each other. The first was 2014’s Tusk, a bold but flawed hybrid of a comedy and a genuinely unsettling horror film in which a man undergoes a forced metamorphosis into a walrus. The second was his new film, Yoga Hosers, which has some of the same characters, but otherwise very little to do with the actual story of Tusk.

Um, Kevin? It’s time to go get that ball now.

If Tusk were a surprisingly decent idea for a movie that grew out of a podcast, then Yoga Hosers is an unsurprisingly terrible one. In fact, it’s such a bad idea that it’s shocking Smith was actually able to get it made. There isn’t really a plot in Yoga Hosers, but it’s possible to describe what’s going on. Two clerks from a Winnipeg convenience store that figured into the plot of Tusk, both named Colleen and played by Smith’s and Johnny Depp’s daughters, have been given their own movie in which they are aspiring singers and yoga enthusiasts who end up fighting Nazi bratwursts that were spawned as clones of a Nazi who lived in Canada during the Third Reich. If you go back and read that sentence again, it will make just as little sense the second time. The only sense to be made from this movie, unfortunately, is that Smith’s and Depp’s daughters – Harley Quinn Smith and Lily-Rose Depp by name – wanted to have movie careers, and their dads were the perfect people to make that happen. And though the girls may have been in it for the wrong reasons, or deluding themselves about their actual capabilities as actresses, they come off less as entitled starlets and more as innocent victims of their fathers’ monstrous misjudgement. 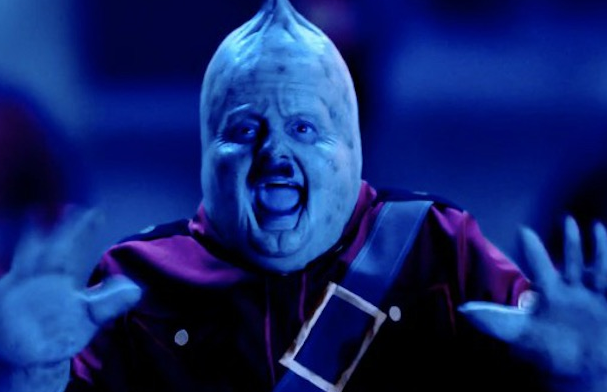 If you’re wondering how Johnny Depp and Kevin Smith came to be partners, well, Depp was one of the lesser ideas to make its way out of a room filled with pot smoke and onto the screen in Tusk. There he played Guy Lapointe, a French Canadian detective with a ridiculous moustache and an even more ridiculous collection of facial moles, who came in and chewed scenery in a handful of sequences that absolutely deadened that film’s promising pace. As no one involved was able to recognise him as the worst part of that movie, they gave him an even bigger role this time, probably so he could act opposite his daughter, Smith’s daughter, and Smith himself, playing the anthropomorphised bratwurst clones that constantly say things like “Wunderbar!” in tiny high-pitched German accents. If you are getting Sausage Party flashbacks, indeed, this is perhaps the strangest thing in recent memory for any two movies released in the same year to have in common. The big difference is that even as a sub-par comedy, Sausage Party looks like Animal House compared to Yoga Hosers.

As evidenced by a bit of podcast audio that plays over the closing credits, and features Smith succumbing to gales of laughter, the apparent inspiration for the film is that Smith thought the two words “yoga hosers,” in and of themselves, were funny. That basic miscalculation informs every bit of the movie’s supposed humour, most of which is a variation on the fact that Canadians say “aboot” rather than “about.” The miscalculation extends to the belief that the world was just dying for a send-up of Canadians, their accents, and their excessively polite mannerisms. Perhaps the world would indeed like something like that, in the right hands, but Smith’s are not those hands. As just one typical example, every item sold in the convenience story is a Canadian variation on an American product, like Pucky Charms cereal instead of Lucky Charms (he figured he had to find an outlet for that hockey humour somewhere). 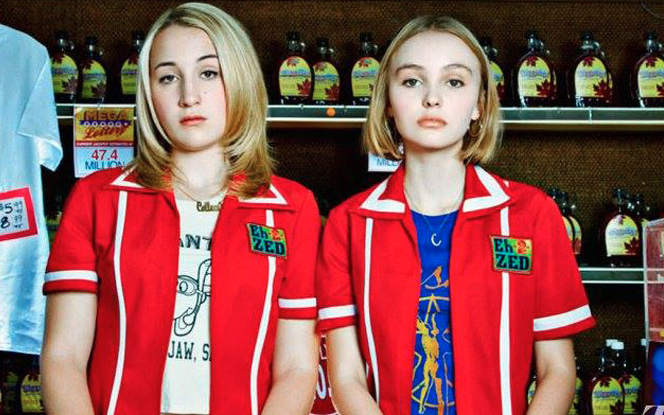 But it’s not like one out of every ten jokes hits. Zero out of every ten jokes hits, and zero times zero equals zero. There is zero pleasure to be derived from this film, which also features a ninny of a father played by Arrested Development’s Tony Hale, his floozy girlfriend (Natasha Lyonne), a couple teenage guys who are inexplicably serial killers, a wacky yoga instructor played by Tusk star Justin Long, a Nazi played by Ralph Garman just so the guy can bust out his impersonations of Al Pacino and Sylvester Stallone, and even a badly dressed teacher played by Vanessa Paradis, Lily-Rose Depp’s mother. This movie is definitely a family affair, and it’s a movie only another family member could love.

As if the film did not already contain enough bad decisions, Smith decides to pull a Jon Favreau from Chef and make the whole thing a veiled (or not so veiled) metaphor for his hatred of the critics who derided his earlier works. At least in Chef, Favreau had the good sense to incorporate his particular axe to grind into the plot. Here, Smith just throws in some lame aside at the end about how the Nazi sausages have been spawned in order to kill movie critics. Um, what?

You feel really bad for the two lead actresses, just girls at only 17 years old apiece. They really aren’t very good, but neither are they terrible, and each has a basic human dignity that gets squashed by the indignities this movie throws at them. After Suicide Squad, there is now a Harley Quinn in two of this year’s worst movies.