Getting into deep Pitt. 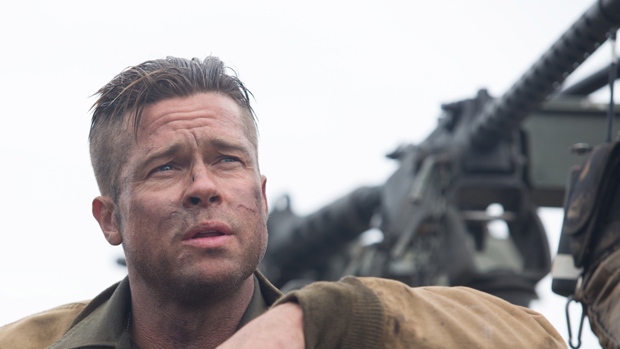 An exciting anti-war film is something of an oxymoron, considering there must be some form of appeal in the onscreen slaughter for a film to be exciting, lest that film be entirely repellent. Unfortunately, appeal amidst warfare is an inherent contradiction of anti-war convictions. Saving Private Ryan, a film that will draw inevitable comparisons to David Ayer’s Fury, feigned anti-war sentiment through brutality and gore, but in actuality found some perverse and misplaced attraction in the bloodshed, covertly pushing troop camaraderie to the fore.

The strength of Fury is its acknowledgement that this camaraderie may not always be born out of brotherhood, but out of the need for solidarity. Set during the final months of the Second World War, the film follows the five man crew of the M4A3E8 Sherman tank called “Fury”, headed by Don “Wardaddy” Collier (Brad Pitt). The men exist in perpetual uneasiness, regarding one another with as much disdain as they do affection, a fellowship of broken men. The relationship between the crew is entirely ambiguous in the sense that the switch between animosity and geniality can be as swift as it can be unexpected.

After the death of one of the crewmen, the team is sent a new assistant driver in the form of recent recruit Norman Ellison (Logan Lerman). Ellison’s almost complete lack of warfare experience alienates him from the rest of the group. They treat him cruelly, perhaps not out of some misplaced loyalty for their dead comrade, but rather out of necessity. They perceive the new recruit as weak and a threat to their survival. In actuality, Ellison is not a weak man; he’s just unwilling to accept and participate in the monstrous behaviour of his crew mates. This behaviour is key to Fury. The characters in Saving Private Ryan often reacted abhorrently to their situation, but Spielberg suggests the reactions were momentary stumbles in the men’s otherwise unwavering constitution. Ayer, perhaps more accurately, indicates that these stumbles are the norm of elongated warfare and the glimpses of humanity are the rarity. 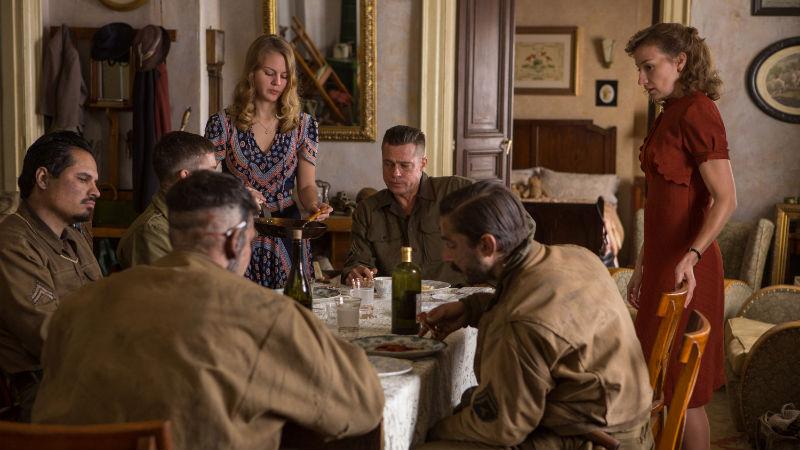 For the most part, Fury doesn’t allow for sentimentality. Death is omnipresent, particularly amongst the immediate ranks of the characters, and yet we’re forced to move on, and so are the crew members. Conflict is employment and murder is their job. Much of their antagonism towards Ellison stems from their frustration at his inability to detach. “Do your job! Do what you’re here for!”, Trini ‘Gordo’ Garcia (Michael Peña) barks at Ellison during an early skirmish.

Ayer’s strength is atmosphere and the film does an admirable job at evoking what the final months of the Second World War might have felt like. We see planes in combat, high above the tank crews’ heads, giving a real sense of a struggle far beyond the immediate story. The confines of the tank are similarly well-handled. Pitt’s Collier calls the machine his home, and yet the men are clearly suffocated by the extent of their habitat.

Unfortunately, the weaknesses of Fury don’t do its strengths justice, and the film slowly degenerates into a far more mindless film than the opening act would have you expect. With every turn, Ayer looses sight of his assets, until ultimately Fury resembles any of the endless number of the minor action films that have predated it. The most effective anti-war films engage with the audience intellectually just as much as emotionally, especially in an age in which violence has certainly lost impact as a result of saturation. Fury is not an anti-war film, but, for the most part, it does offer a compelling insight into a more bleak perspective of wartime intimacy. If Ayer had curbed his inclination for action, it might have been a much finer film.