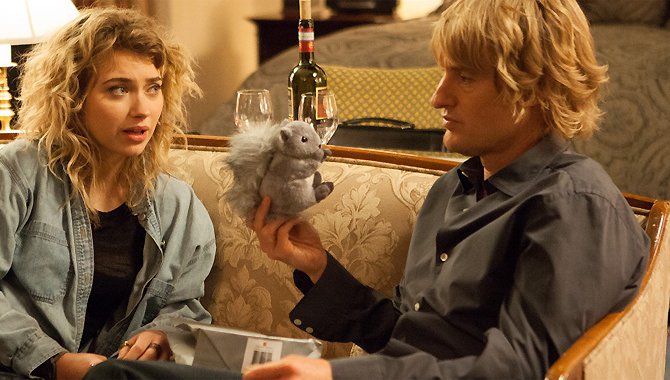 Be wary of a film that embraces farce, for few filmmakers have mastered the discipline and in the arena of contemporary film even fewer still. At their best, the Coen Brothers can pull off this form of comedy, because films like The Hudsucker Proxy or The Big Lebowski benefit from the power of hindsight. It’s farce but it’s also parody of farce. At their worst, their comedy is jarringly antiquated.

The screwball comedy, in the vein of Peter Bogdanovich’s She’s Funny That Way – is a thing of the past. It’s a throwback to the screwball comedies of the Golden Age of Hollywood. Those films were classics. They still are. The problem with filmmaking that’s so fixated on the past, in terms of style, is that we’ve progressed, or at least transformed, as people. Charlie Chaplin’s films are still funny today because we can empathise with the mentality of society in the silent era but if a contemporary filmmaker was to emulate Chaplin’s humour their performance may fall on deaf ears. It’s a sign of cultural change or perhaps cultural exhaustion, but nowadays films like this need to reflect contemporary attitude in some shape or form to be successful. Bogdanovich’s film doesn’t. 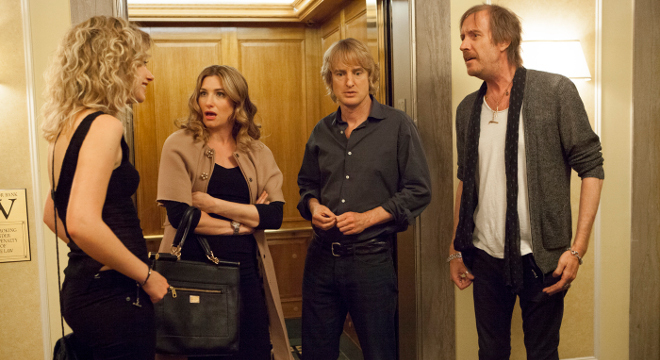 There’s nothing to grasp. Actions, situations and communications in She’s Funny That Way are so farfetched that it’s like watching an entirely separate breed of being interact. Theatre directer Arnold Albertson (Owen Wilson), has a night with call girl Isabella “Izzy” Beatty (Imogen Poots), offering her thirty thousand dollars to quit the being a lady of the night and start afresh, all seemingly out of goodwill. Things take a turn for the unfortunately expected when part of Izzy’s fresh start is an audition for Albertson’s new Broadway play, in which the director’s wife, Delta (Kathryn Hahn), is starring. There are so many other, equally tiring characters and plot lines that won’t be mentioned in detail here for sanity and brevity’s sake. It’s not interesting stuff and it plays out in even less interesting ways.

There’s a spark of potential towards the beginning of She’s Funny That Way that curves steadily downhill until the final act breaks all sense and inventiveness. Bogdanovich has made some incredible films over the course of his long career, not least his breakout directorial effort The Last Picture Show, and there’s the same sense of classicism in She’s Funny That Way that has permeated a number of his finest works, but it does him a disservice.

Charmless characters are thrown together without thought towards reason, as though Bogdanovich’s confidence in the appeal of his concept blinded his filmmaking instincts to the point of unintentional apathy. It’s smarmy, it’s boring and it’s annoying. She’s Funny That Way brings to mind a particular line in  It’s Always Sunny In Philadelphia, in an episode in which Mac and Charlie write a movie. “And this goes on and on and back and forth for 90 or so minutes,” Charlie explains of the new script, “until the movie just sort of ends.”