I have a Romanian architecture student friend who says dating other architects is a nightmare. “They all have OCD and severe daddy issues!” she cries. I’m not sure how accurate an assessment this is, but I know what architects do seem to have is a propensity for scarves, geometric textile patterns and cute Asian girlfriends. I took a survey at ACMI on Thursday night at a screening of The Human Scale.

The Human Scale is a doco that you can immediately tell has an architect behind it. Minimalist score, slightly desaturated tones, smooth aerial shots, immaculate fonts: all key give-aways. If you are a sucker for those kinds of things, it’s a total treat. (Luckily, as a one-time-design student, I should disclose I am one such sucker for those kinds of things). But it would be very hard to argue against the fact that The Human Scale is artfully compiled.

Architect Jan Gehl has been studying humans scuttling about city environments for over 40 years. This film poses the questions explored by his decades of research; notions of how we react as people to our urban environs, how we arrange ourselves within space. Gehl’s soft, slightly gravelly, Euro-accented narration (Danish if you enjoy technicalities) parallels another certain somebody who is partial to documentary making. Over a long, sweeping aerial shot above a network of highways that could be any city, Gehl muses how our modern world now resembles a 20th Century vision of the future. 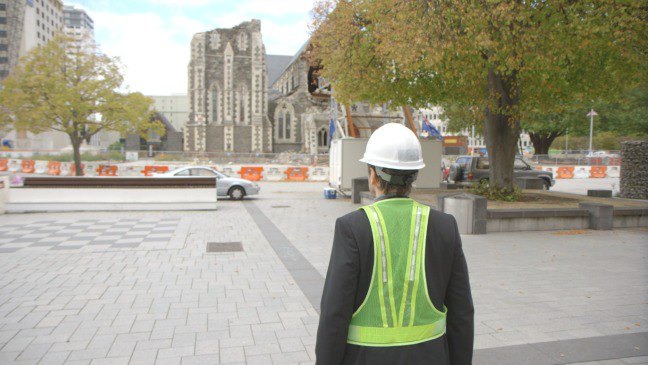 Split into five chapter headings, number one—“First we shape our cities, then our cities shape us”—plunges us into the most ravenous economy in the world, China. 300 million Chinese have moved into urban areas over the past 30 years, and this trend isn’t going to slow down. Interview subjects are meticulously arranged in the centre of the frame. They variously lament the impact of rapid growth and the importance of thinking about the future of our urban environments.

Chapter Two takes us to that bastion of good living and health, Copenhagen. It is a city that made a conscious decision to counteract the Western infatuation with the automobile and open up many roads to become people spaces instead. Archival footage, before and after the changes, visually illustrates the influence of such choices.

Director Andreas Dalsgaard does clever things with sound, utilising echoed, slightly muted noises of cityscapes, above a minimalistic score that sounds like it would fit on one of those vomit-in-mouth, life-affirming mobile phone ads. But within The Human Scale the score doesn’t seem overblown or insincere, it seems genuinely poignant. 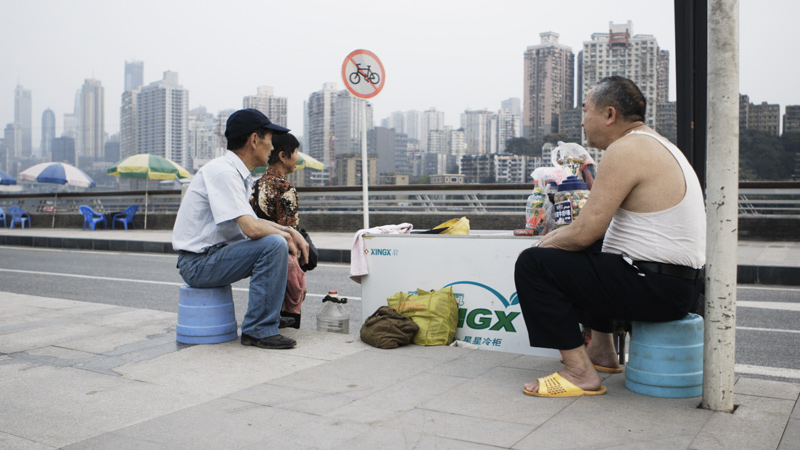 In chapter “How do you do more, with less?” Melbourne pops her full-fringed, red-lipped face through the door. Mayor, Robert Doyle, and various others espouse the merits of our beloved laneways. Also probed is the issue of our ever-expanding urban sprawl. The ‘Aussie Dream’ is discussed over images of outer-suburban dwellers in front of their new, rather barren looking homes with dug up front lawns.

Seeing visions of Degraves totally induced that buzz that often happens when other countries pay attention to us; a brimming of pride and affection for this grand old dame of a city we live in. It also made obvious how lucky we are to have institutions such as ACMI, to have public meeting spaces such as Fed Square.

Finally, the most poignant of chapters visits Christchurch, New Zealand, as the city tries to shrug off the ramifications of the earthquake that shook it in 2011. The inner portion of the city is still closed to the public; a kind of post-apocalyptic Gotham city. The majority of the buildings are too structurally damaged to be salvaged and will have to be torn down completely. It becomes evident within this chapter that cities are much more than their tangible geography, they are charged with the memories and experiences of the people who live within them.

Good documentaries are the ones that people don’t get up from their seats immediately afterwards; they sit and linger to dissect what they’ve seen with the people next to them. This was true of The Human Scale. And this surely proves Gehl’s point: people need people; cities need people; moreover, better cities can help us be better people.