This is the ninth in a series of interviews with filmmakers selected for the ReelGood Film Festival, RGFF ’21. The festival will take place Saturday, 20th March at Lido Cinemas in Hawthorn, Victoria. 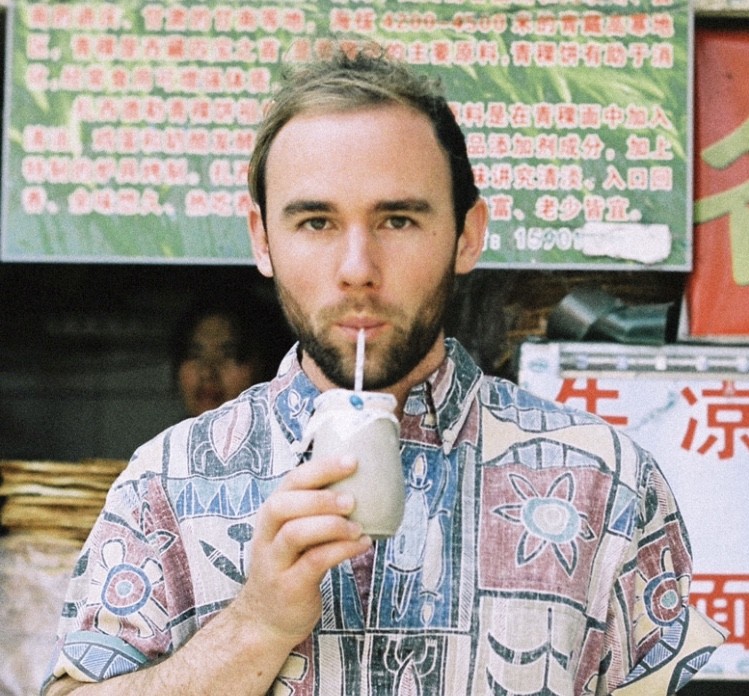 It’s hard to pinpoint one thing, but I distinctly remember a time when I was two years into my media degree. There was a film element as part of it. I was on the whole enjoying it, but felt like I wanted to do something that has more of an impact on the world. I was doing a human rights and the law subject and my young, idealistic self was thinking I should become a diplomat or something.

That’s when Dad gave me some great advice, saying that I’d get lost in system if I pursued that. You can make more of an impact through film. That stuck with me.

Also around that time I watched a film called The Squid and the Whale. I watched it by myself with no one around. I’m not sure what it was exactly, but I remember finishing it and while the credits were rolling deciding that film was for me. That I wanted to make something like that one day.

I love people who capture quite mundane aspects of life, but have the ability to tweak one or two elements to make that scene or moment come alive. In a TV sense, I look up to Larry David and Ricky Gervais. But I also love films like The Castle – that’s got the perfect combination of humour and heart. I like when the situation is at the core of the entertainment, rather than big, over the top performances.

To me a great film has a unique premise, is entertaining, there’s a clear motivation for character and plot. I think the best films always evoke a strong emotive reaction in people. They always make me care about the characters. I need to be invested in the film and what’s at stake.

I’d say it’s the combination of coming up with a concept that I really love and believe in, and the challenge of bringing that to life. Releasing a film that I’m really proud of is an amazing feeling and makes it all worthwhile.

In the first few weeks of the first Melbourne lockdown I spent a lot of time lost in the 24 hr news cycle, arguing with people on Facebook about Qanon, Bill Gates and 5G. It was pretty unhealthy. I also was becoming increasingly frustrated with world leaders – in particular Trump. This was in the initial stages of his continuous barrage of lies and misinformation.

It was all of this combined, plus the fact that I was missing making films, that led to the concept for NOISE. My head was full of all of these voices from the news and pop culture and I needed an avenue to get them out. It was a bit of a cathartic experience – kind of cleansing me from the world’s opinions.

I’m my biggest hurdle. I overthink too many ideas and put up roadblocks as to why a concept can’t work, or blaming other external forces on why something isn’t possible. I’d like to act on more creative ideas without them having to be the best film ever created. Having that conviction to back myself and jump headfirst into a film is something that I want to do more of. Ideas come and go, but acknowledging the good ones and acting on them is something that I need to do more of.

Don’t overthink things too much and continue to make as many films as you can while you’re young. The best work that I’ve done doesn’t have a client. It’s finding those stories that really resonate with you and working out how to make them happen. However, in saying this, don’t overextend yourself either. Start to understand the limits of an idea and make sure that you have the resources to do it justice. Don’t make a zombie horror film set in space if you have no budget.

Julian’s Film NOISE will be screening at the ReelGood Film Festival at Lido Cinemas on Saturday 20th March. To see the full programme and buy tickets, visit www.rgff.com.au

To see out more of Julian’s work, go to https://julianlucas.com.au/