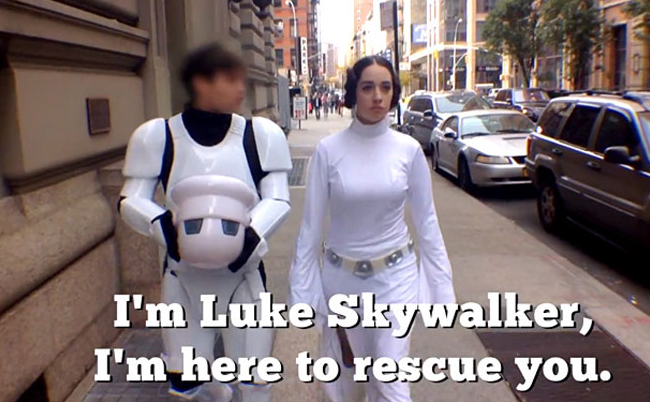 First of all we’d like to make it clear that we in no way condone sexual harassment or making light of sexual harassment. With that said, we think this video is funny because of the way it depicts classic Star Wars characters, not because it diminishes the power of the video of the woman behind catcalled and harassed as she walks around New York City that was released about a week ago (it doesn’t – if it did, we wouldn’t have thought it appropriate to put it up here). Who new Obi-Wan and Yoda were such creeps?