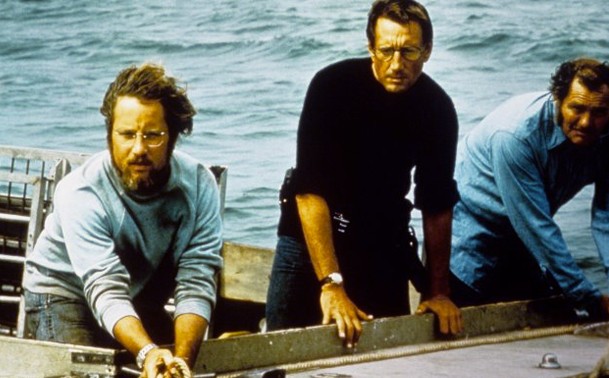 Steven Spielberg has become so synonymous with good/ok-ish filmmaking that it’s easy to forget that he used to be a great filmmaker. Jaws was only his second film as a feature filmmaker and it’s arguably his greatest contribution to the world of cinema. It’s definitely the film that has most had an impact on how films are released nowadays – completely initiating the idea of a broad release and the summer blockbuster – and as a result it’s had an enormous impact on what sort of films get made today, particularly within the Hollywood system. But Jaws is a great film and, as the video essay below points out on numerous occasions, almost a perfect union of Spielberg’s sensibilities with Alfred Hitchcock’s. This video is a deconstruction of one of Jaws’ most memorable and dreadful scenes, and possibly something that Spielberg couldn’t create nowadays – the shark attack on the young boy. It’s up there with the T-Rex in the rain scene in Jurassic Park as one of the most well-put-together pieces of film that Steven Spielberg has ever been involved in. There are moments in this video, made by 1848 Media, that suggest thought behind decision that might not have necessary been true, but it’s difficult to deny that it’s a compelling look at a director’s work during a period of his life in which he was at the top of his game. According to the narrator, it’s the first of many similar video essays. We’re looking forward to the rest of them!

Check out the video bel0w –