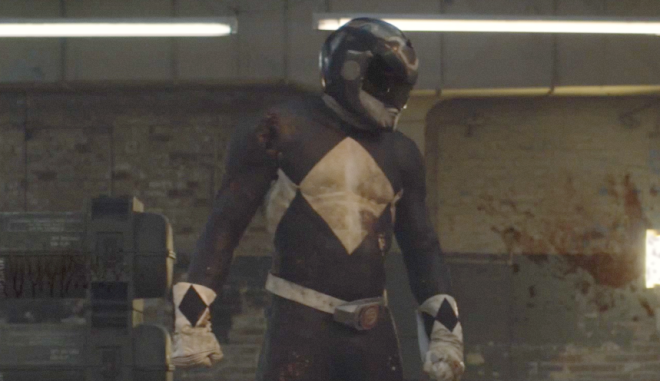 Check this out while you still can, because it might not be up for very long. Filmmaker Joseph Kahn released his film Power/Rangers, a fifteen-minute parody film that takes aim at the ‘dark and gritty’ obsession that Hollywood has at the moment, thanks to the success of Christopher Nolan’s Batman films, among others. Starring James Van Der Beek, who we’ve always had a soft spot for, and Katee Sackhoff, Power/Rangers takes the 90s children’s franchise and ups the grit.

“[It’s] all of Hollywood, they all keep toying around with this ‘dark and gritty’ concept, and they’re all PG-13. I mean… look at the gunshots. You have a guy going in there shooting a bunch of people and it’s just like puffs of smoke. There’s no repercussions to these gunshots, which to me is even more dangerous than when you actually show some blood. You’re teaching kids that you can shoot a gun and there’s no repercussions to it. It just looks like you fall down. So when I did the dark and gritty version of this, I mean, we go full out. There’s blood, there’s brains, there’s gunshots, there’s sex, there’s violence. I mean, basically we made the version that Hollywood could never ever make. If I had to watch the ‘dark and gritty’ reboot, then this is the way I would want it. This is the version I would personally want to see, but I also know this is the version that could never, ever be made in Hollywood. They would be crazy, it would be financially irresponsible, but this is what I personally would like to see out of a Power Rangers film.

Khan made the film entirely with his own money nor is he willing to receive any money for any of it, but the company behind The Power Rangers, doesn’t share his enthusiasm for his vision and are trying to get the film taken down from the Internet. So watch it now, while you can! Here’s more.