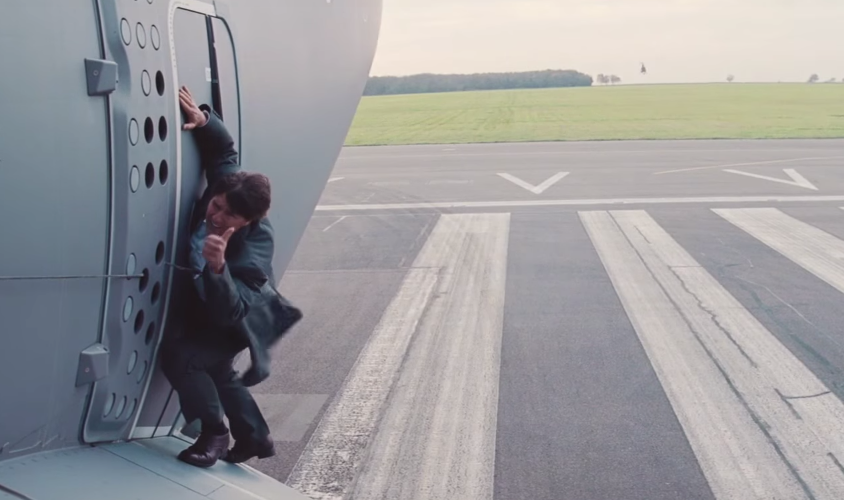 Sure he’s into some weird shit, and he’s behaved pretty oddly at points over the years, but who the hell isn’t and who the heck hasn’t? Tom Cruise is awesome. He’s probably better than you. He’s sure as shit better than us. We can’t remember the last time we clung to an enormous plane while it took off, but we’re pretty sure that the way Tom Cruise did it was better.

It must be pretty tempting to let stunt men do the work, especially considering how much extra effort it would take on Cruise’s part to do all his own stunts. But the man is committed to making stunts as real as possible, even if that means climbing a scarily tall building or holding on planes or colliding with Dougray Scott in mid-air.

On a side note, go and see Edge Of Tomorrow. We know you gave it a miss because you think Tom Cruise is shit now. Or maybe it was because of the awful advertising campaign. One of those is an ok reason. Go see it.