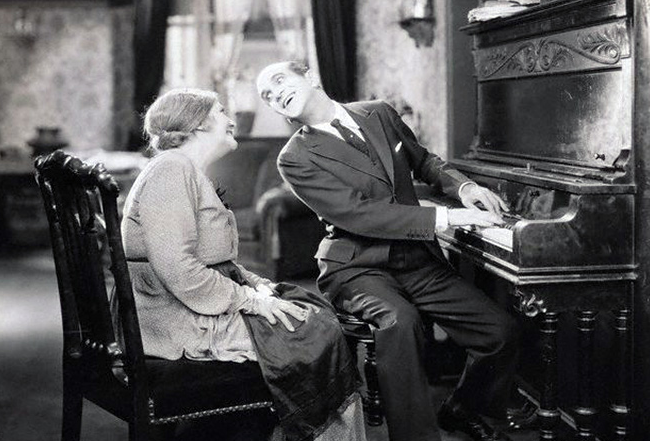 It’s astonishing to think just how far technology in film has come over the past century. 1916 was one hundred years ago. That was the year D.W. Griffith released his three hour epic Intolerance. This week sees the release of Roland Emmerich’s Independence Day: Resurgence. What on earth would have Griffith made of that?

Sound and cinema. It’s easy to forget that there was a time when there wasn’t even sound in cinema, even though some of the finest films of all time are from that era. If you have never seen Buster Keaton’s The General or Charlie Chaplin’s City Lights or F.W. Murnau’s City Lights, we suggest you sort that out as soon as you possibly can. Then go and watch Sunrise: A Song Of Two Humans, The Andalusian Dog and Battleship Potemkin.

If there was a time when audiences ran out of the cinema in fright when a train was heading towards the camera, imagine their reactions when a character up on the screen first spoke. Here, again thanks to our old friend Vimeo, is a short documentary about the evolution of sound in film. It’s a pleasant experience, gaining a bit of insight into something that is so easy to take for granted. Have a watch, have a learn and we’ll all become that little bit wiser.