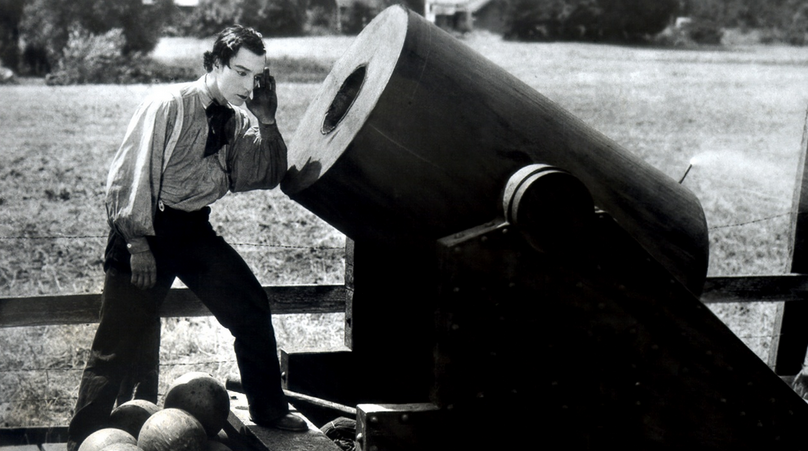 We were sitting around the ReelGood offices on a fine Saturday morn, as one is want to do, and we decided to put on the Buster Keaton classic The General. And though Keaton is primarily remembered as a comedian, his other works include Steamboat Bill Jr., The Navigator and Go West, he also happens to be one of the best action directors to have ever lived. Don’t believe us? Go and watch The General. That’s what we did, and we were stuck by some glaring similarities between the film and George Miller’s recent Mad Max: Fury Road. A cursory Google search told us that we weren’t the first to note the resemblance and we’d certainly wouldn’t be surprised if Miller found a great deal of inspiration in Keaton’s classic. This video is a short edit of some of the more action-heavy scenes in The General, scored to Junkie XL’s music from Fury Road. It might not highlight the similarities between the two films as much as a viewing of The General in its entirety might, but it’s still a great watch.