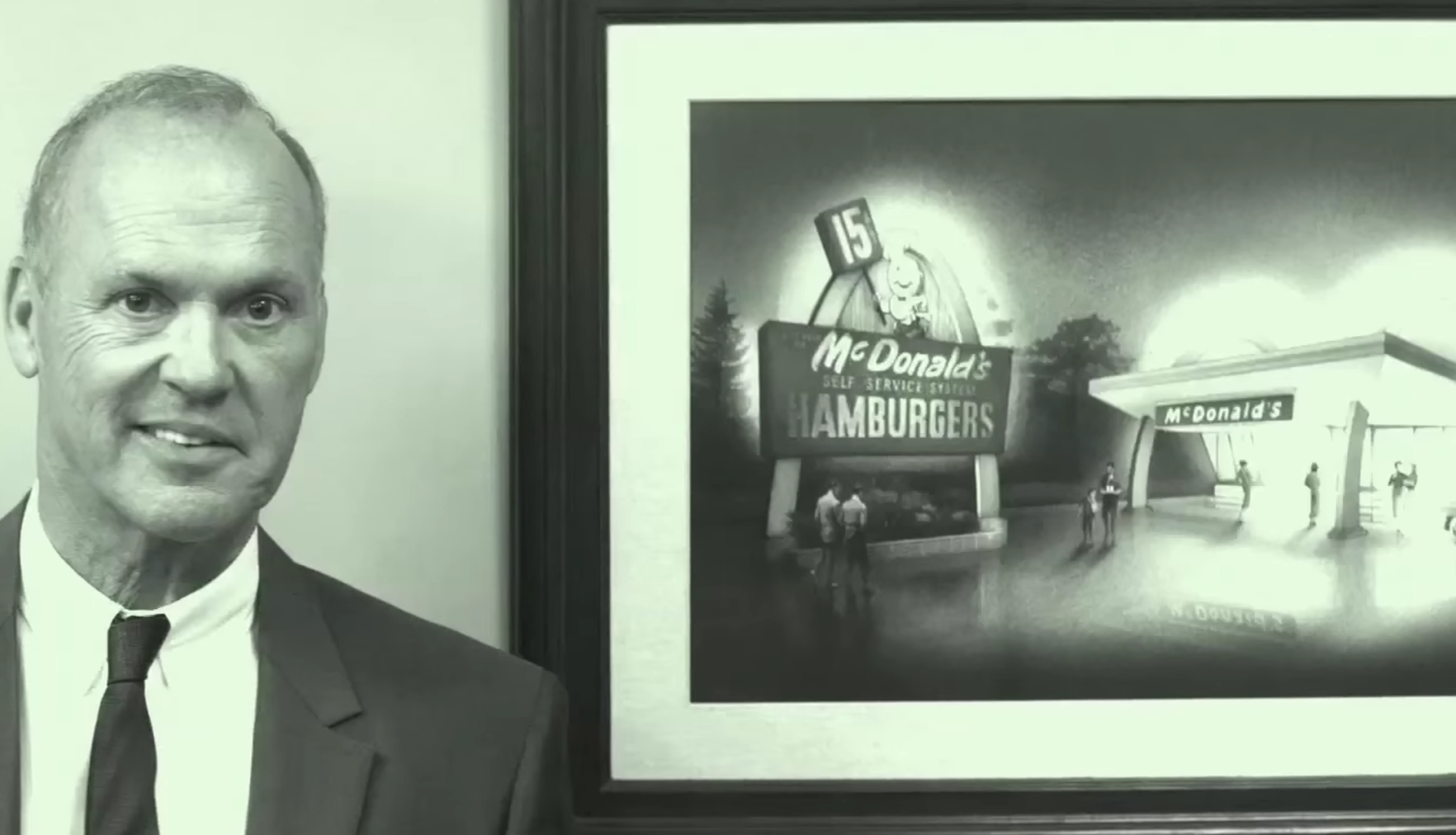 The other point is that there’s a new movie about the founding of McDonalds, and a trailer for it was released online today. That movie is called, what for it, The Founder. Michael Keaton is making us feel optimistic, since he’s shown pretty spot on taste for choosing projects of late. John Lee Hancock, the director, is making us feel pessimistic, because he’s pretty crap. For instance, he directed The Blind Side, that movie that somehow roped Miss Congeniality an Oscar. He also wrote Snow White and the Huntsman, which should be immediate grounds for dismissal.

But…The Founder does actually look pretty neat. How many Double Beef and Bacon burgers have you eaten without ever thinking about where that shit comes from. I’m not talking ingredients. It’s best to let that sleeping dog lie. I’m talking Ray Kroc, the bloke who somehow conned McDonalds out of the McDonalds brothers.

“Chronicling the rise of McDonald’s fast food empire, The Founder tells the true story of how Illinois salesman Ray Kroc met brothers Mac and Dick McDonald, operating a hamburger restaurant in southern California in the 1950s. Kroc subtly maneuvers himself into a position to take control of their company, which grows into one of the world’s best-known brands after he buys the chain for $2.7 million in 1961.”