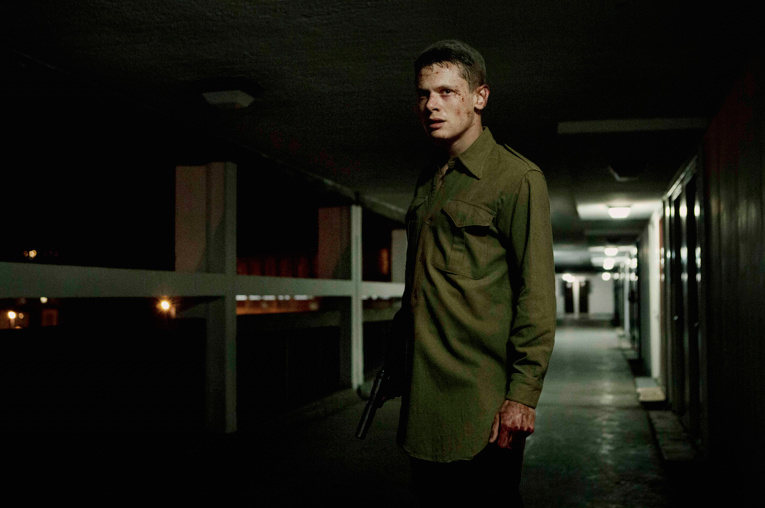 An impressive trailer for Algerian-French filmmaker Yann Demange‘s debut feature ’71. The film stars Unbroken’s Jack O’Connell as a British soldier who’s separated from his unit on the violent streets of Belfast during the height of the Troubles. It’s received plenty of positive praise already with O’Connell hailed for his performance.

“A young and disoriented British soldier is accidentally abandoned by his unit following a riot on the deadly streets of Belfast in 1971. Beaten by a mob, he is alternately helped by random kindness from various locals and pursued by killers from both the Provisional IRA and the British Army’s Military Reaction Force.”