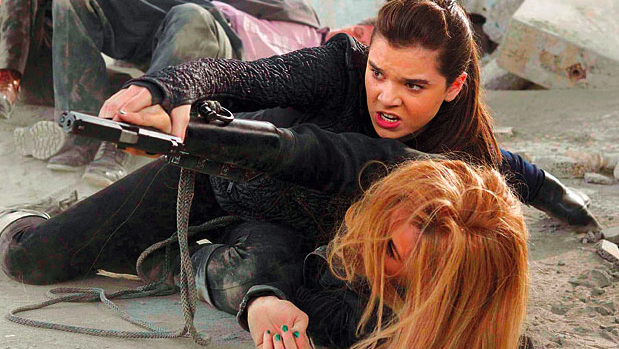 Just going on this trailer alone, Barely Lethal kind of looks like a mix between Kingsman: The Secret Service and my fifteen-year-old self that secretly wished he was a secret agent and that the whole school thing was just a cover. True story. Action and comedy very tricky to blend (Kingsman was an ok-ish example of when it can work) but Barely Lethal seems like it’s really going to go for it. Still, it kind of seems like a step back for star Hailee Steinfeld, who was so awesome in her debut film True Grit.

“16-year old Megan, played by Hailee Steinfeld, is an international assassin. Yearning for a “normal” adolescence, she fakes her death and enrolls as a high school senior in a suburban high school. She finds that being normal is a lot harder than it seems.”