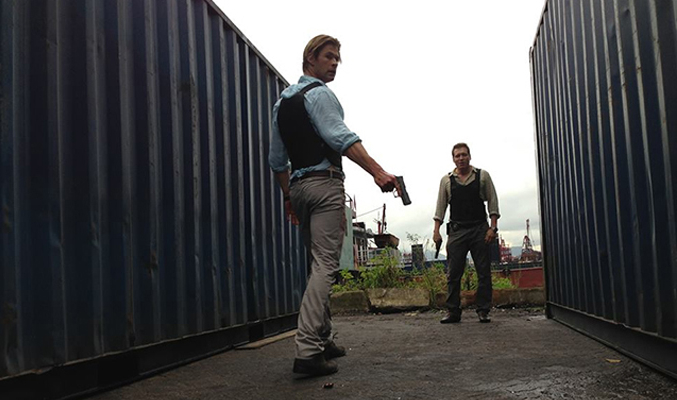 “After a case of high-level computer hacking arises, American and Chinese military forces work together to stop it.”

By the time Michael Mann’s new film Blackhat is released next year, it will have been over ten years since the filmmaker has made something worthwhile. We’re not completely sold on this brand new trailer, which would have you believe that somebody who looks like Chris Hemsworth could be a computer hacker – and for that matter that a computer hacker could be proficient in hand-to-hand combat and using firearms – but we’re not going to rule the film out until we see it.