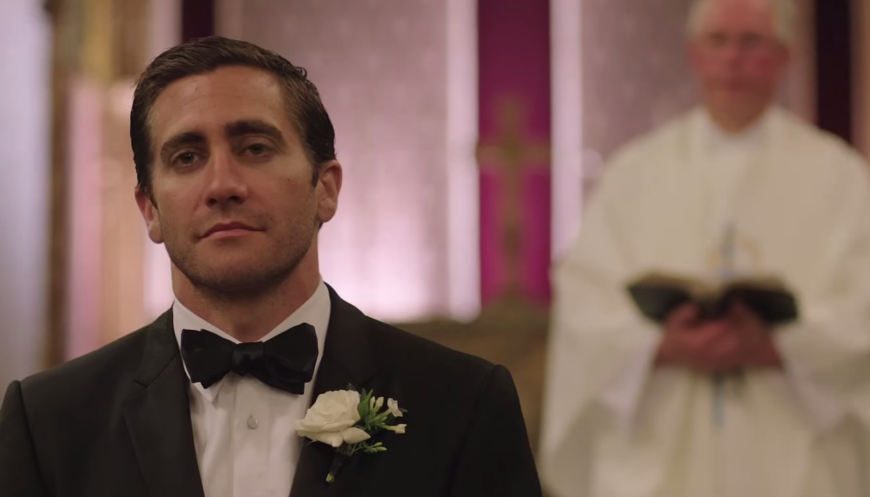 A lot of people have been suggesting that Jake Gyllenhaal’s career has really been going well recently. We’ve never really understood this, considering with the minor blip of Prince Of Persia, Gyllenhaal’s career has been going gangbusters since the early naughties. What, are Zodiac, Jarhead and Brokeback Mountain chopper liver or something? Fuhgeddaboudit. Gyllenhaal never went anywhere. He’s always been great. Having said that, let this be the last time that we mention Prince Of Persia. That movie sucked dogshit.

Continuing his decade and a half of good decisions (with that one obvious exception) and good performances (with that same one obvious exception), Gyllenhaal is teaming up with Jean-Marc Vallée, the director of Dallas Buyer’s Club and Wild, for his brand new film, Demolition. For our money, Dallas Buyer’s Club was average and Wild was wonderful. Other people’s money might speak or behave differently.

“Davis, a successful investment banker, struggles after losing his wife in a tragic car crash. Despite pressure from his father in law Phil to pull it together, Davis continues to unravel. What starts as a complaint letter to a vending machine company turns into a series of letters revealing startling personal admissions. Davis’ letters catch the attention of customer service rep Karen and, amidst emotional and financial burdens of her own, the two form an unlikely connection. With the help of Karen and her son Chris, Davis starts to rebuild, beginning with the demolition of the life he once knew.”