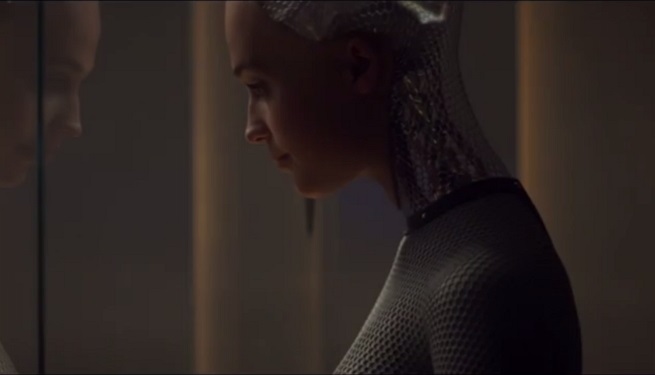 Science fiction, robots, artificial intelligence and a jungle setting that kind of looks like Jurassic Park. Sign us up, this looks awesome. Alex Garland, the man behind the scripts for Sunshine, 28 Days Later and Dredd, is making his directorial debut with Ex Machina and it looks, well, it looks pretty awesome. You know those times when you click on a trailer knowing nothing about the film and then all of a sudden the film skyrockets to you must watch ASAP list? Yeah, well that just happened to us. Domhnall Gleeson and Oscar Isaac have been making some seriously great career decisions recently, even if you don’t factor in that they’ll be be starring in Star Wars: The Force Awakens.

“A young programmer is selected to participate in a breakthrough experiment in artificial intelligence by evaluating the human qualities of a breathtaking female A.I.”