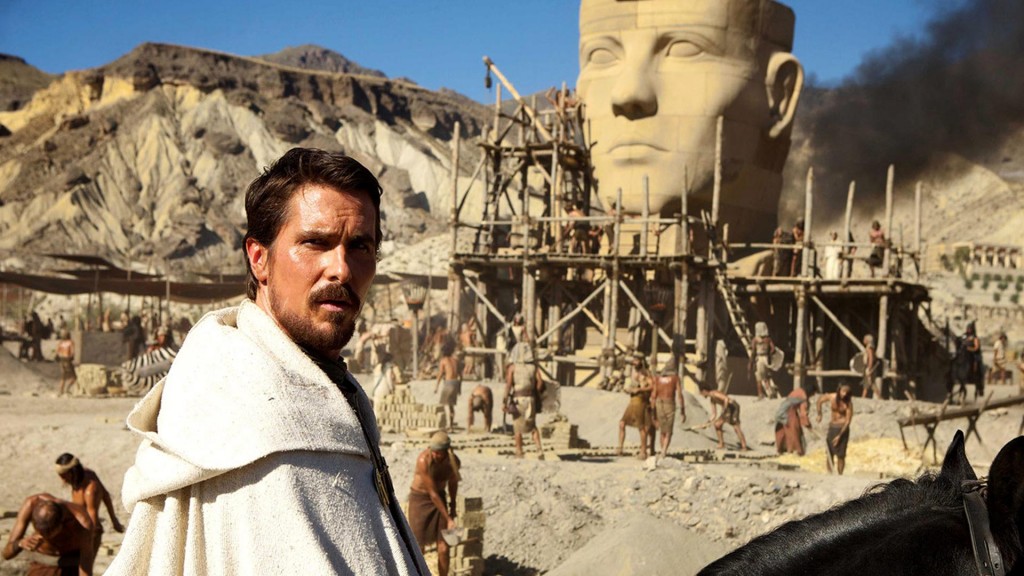 There’s a lot of yelling in the latest trailer for Exodus: Gods and Kings, a film that looks absolutely awful. Christian Bale, a man capable of fantastic performances, also looks absolutely awful. But we’re judging the trailer, not the film and Ridley Scott’s latest epic may end up being an absolute ripsnorter. All we’re asking is that each and every one of you look into your hearts and tell us whether you see Blade Runner and Gladiator or Kingdom of Heaven and Robin Hood.

“The defiant leader Moses rises up against the Egyptian Pharaoh Ramses, setting 600,000 slaves on a monumental journey of escape from Egypt and its terrifying cycle of deadly plagues.”