Focusing on Smith and Robbie. 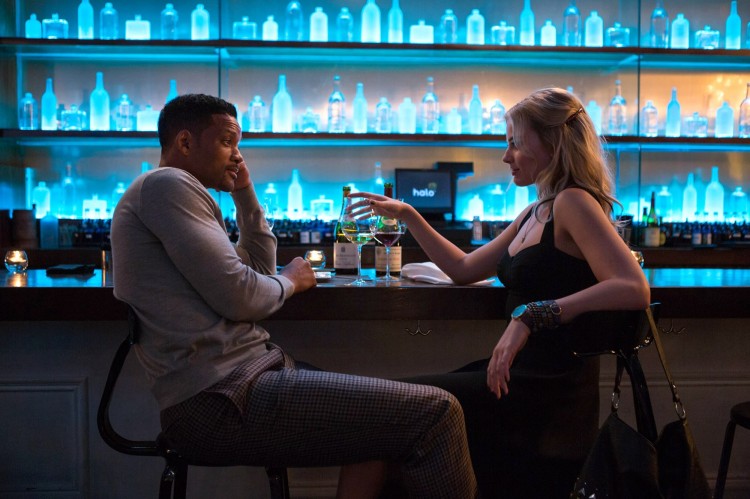 It’s always good to have a belief confirmed, and today that’s exactly what has happened to us. When we first saw Martin Scorsese’s The Wolf Of Wall Street, we began to suspect that Margot Robbie was ridunkulously good looking, to the point that it hurt our eyes. The trailer for Robbie’s new film, Focus (also starring other handsome people, such as Will Smith), has just been released and has all but certified that initial impression we had. Here’s looking at you, Robbie!

“Nicky Spurgeon is a seasoned con-man, who becomes romantically involved with a young attractive woman, while introducing her to the tricks of his con man trade, she gets too close for comfort and he abruptly breaks it off. Three years later, the former flame—now an accomplished femme fatale—shows up in Buenos Aires — as opposing sides of the same scam; a billionaire international race car owner. In the midst of Nicky’s latest, very dangerous scheme, she throws his plans for a loop…and the consummate con man off his game.”

Focus stars Will Smith, Margot Robbie, Rodrigo Santoro, and B.D. Wong and is set for release in February, 2015.