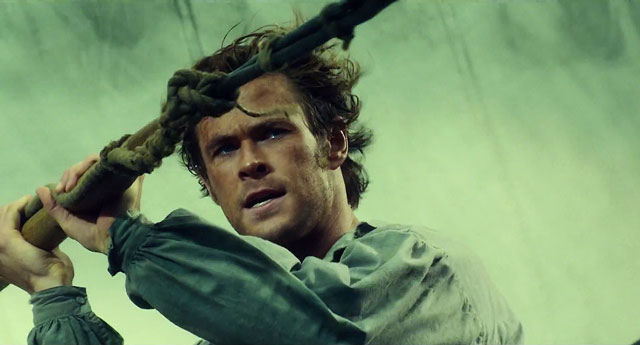 A year ago, In The Heart of the Sea may have barely registered on our radar, so insignificant have we found much of Ron Howard’s recent work (not to impugn some of her earlier films, which are top notch). And then Rush was released and proved that Ol’ Ginger Guts still had it in him. We honestly don’t even like cars, and Rush was just awesome. Howard and Rush star Chris Hemsworth are reteaming for a true story involving boats and whales and harpooning and Chris Hemsworth with a funny accent. And we’re excited.

In the Heart of the Sea stars Chris Hemsworth, Benjamin Walker, Cillian Murphy and Tom Holland and is set for release in March, 2015.