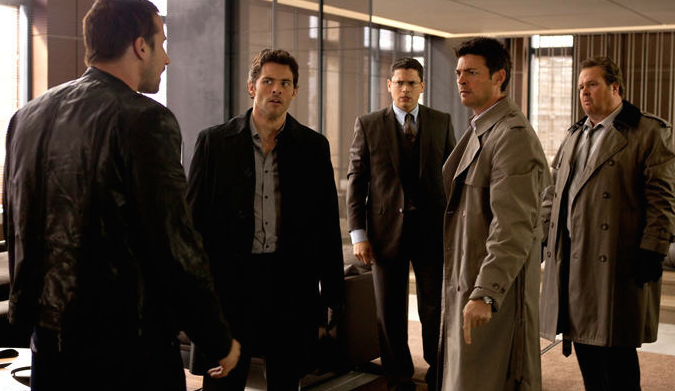 Nothing like a bit of sex and murder. If it worked for Humphrey Bogart, it’ll work for um….James Marsden? Listen, we’re not labouring under any illusions that The Loft will change our lives, but damned if it doesn’t look like a jolly good time at the flicks and damned if we aren’t stoked to see Wentworth Miller back in the game and damned if we’re not hoping there’ll be more shots of Isabel Lucas without many clothes on. Anyway, The Loft is an adaptation of a 2008 Belgium film of the same name. Erik Van Looy, the director of the original, is back for another crack.

“Five married men share ownership of an upmarket loft, which they use to discreetly meet their respective mistresses. When the body of a murdered woman is found in that loft, the men begin to suspect each other of having committed the gruesome crime, as they are the only ones with keys to the premises. Through flashbacks, which are intertwined with scenes from the present, the entire story is unraveled.”