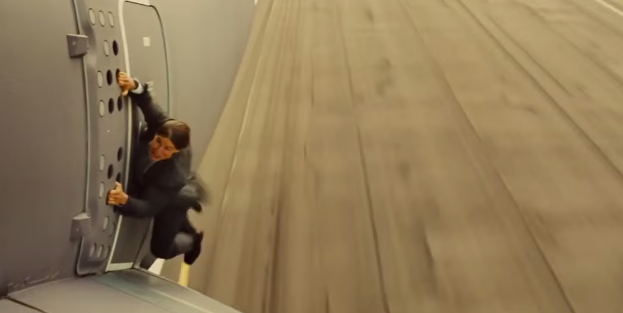 Hey look, everyone! It’s another Mission Impossible movie! The franchise everybody likes but nobody loves. Every few years when a new M:I flick rolls into the cinemas, we’re not unhappy about it but we probably wouldn’t have noticed if it hadn’t rolled along. Anyway, Mission: Impossible – Rogue Nation is the new one and instead of clinging to a tall building, Ethan Hunt clings to a plane. The rest looks pretty much the same, but that’s not a bad thing. DUM DUM. DUM DUM. DUM DUM. DUM DUM. We’re in, we’re sold, take our money (lol jks we don’t have to pay for movies ya dummies!)

“The IMF agency comes under threat from the Syndicate, a near-mythical organization of assassins and rogue operatives who kill to order. Faced with the IMF’s disbandment, Ethan Hunt assembles his team for their final and most difficult mission —to prove the Syndicate’s existence and bring the organization down by any means necessary.”