The eyes of a Hawke. 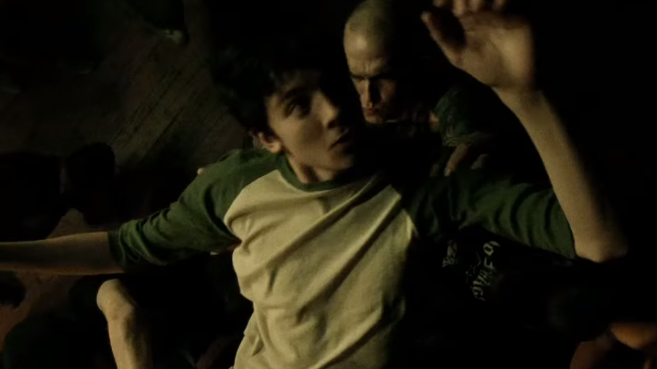 This trailer for Ten Thousand Saints didn’t really do much for us until the words ‘From The Directors of American Splendour‘ popped up. Then we got sort of interested. This is the new film from Shari Springer Berman and Robert Pulcini, the team behind the afore mentioned Harvey Pekar doco. That’s enough to pique our interest, to be sure, to be sure. That being said, there’s definitely a kind of ‘meh, been there done that, what else have ya got Guvna’ type vibe to the whole affair. That Ethan Hawke, though…

“After Jude’s friend Teddy dies of an overdose, Jude befriends punk rockers who live a clean lifestyle. When he meets Eliza, Teddy’s pregnant girlfriend, he and his father, Les, become her rock as she struggles with being a young mother.”