Out of the frying pan and into the woods. 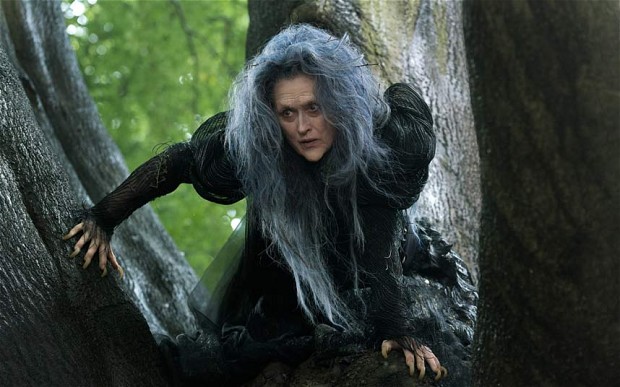 Will Rob Marshall’s adaptation of Stephen Sondheim’s musical Into The Woods be any good? We’re guessing no, but that’s just us. There’s something distinctly flat about this trailer, which is odd considering it’s set in a fantasy world and has lots of people singing. Having said that, we’re pretty much always down if The Streepdawg is involved, so we’ll be first in line. Or we would be if we were going to the advanced press screening.

“Set in an alternate world of various Grimm fairy tales, the film intertwines the plots of several Brothers Grimm fairy tales and follows them to explore the consequences of the characters’ wishes and quests. The main characters are taken from “Little Red Riding Hood“, “Jack and the Beanstalk“, “Rapunzel“, and “Cinderella“, as well as several others. When a Baker and his Wife learn they’ve been cursed childless by a Witch, they must embark into the woods to find the objects required to break the spell and begin a family. The film is tied together to the original story of the baker and his wife and, their interaction with the Witch who has placed a curse on them, and their interaction with other storybook characters during their journey. What begins as a lively irreverent fantasy musical eventually becomes a meaningful tale about responsibility, the problems that come from wishes, and the legacy that we leave our children.”