You don’t bully me! 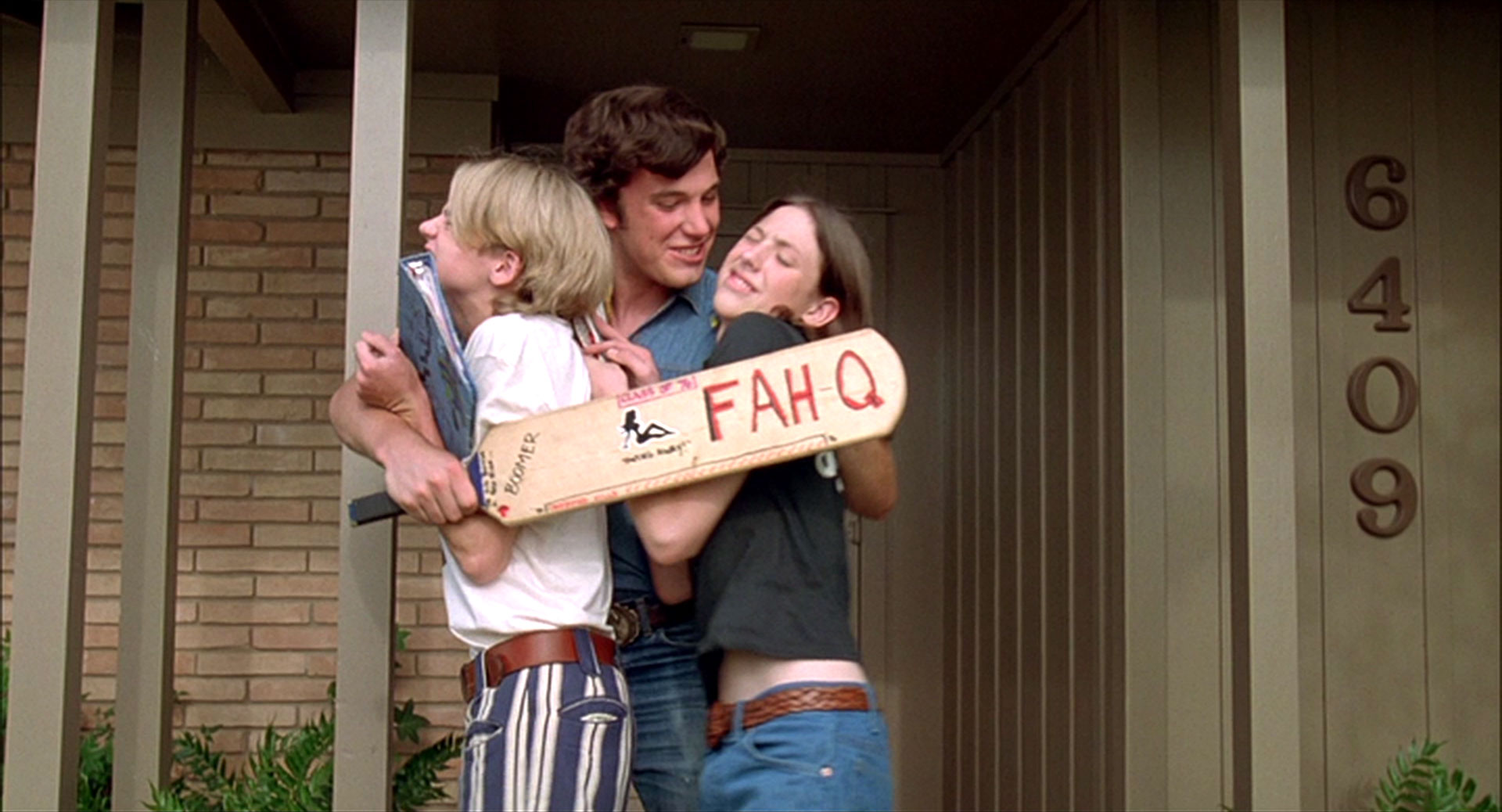 Bobby Kent is a man of two faces. Around adults he is well mannered and polite, but around his friends he is a violent psychopath. His best friend Marty, a high school dropout, is easy pickings and Bobby knows he won’t retaliate. Bobby has to be in command of the very strange friendship and by administering beatings and belittling Marty, Bobby shows him who has the upper hand. But his behaviour isn’t just limited to Marty. He becomes sexually violent towards Marty’s girlfriend Lauren and also his own girlfriend, Ali. Having quite enough of his violence, they decide to kill him. Bobby’s sadistic behaviour can be attributed to having a deep hatred towards himself, which is evidenced when he spits at his own reflection in the mirror.

Johnny Lawrence in The Karate Kid (1984)

Johnny Lawrence is a highly thought after student of the Cobra Kai karate dojo. He is taught by his sensai Kreese the concept of “show the enemy no mercy” and that’s the motto Johnny lives his life by. He becomes very jealous of his ex-girlfriend Ali’s relationship with new student Daniel and lets out all his aggression on him. Along with his fellow karate friends, Johnny beats up Daniel  despite Ali’s protests, which only eggs Johnny on. His aggressive behaviour comes down to what he is being taught at the dojo. Combined with trying to mend a broken heart, he struggles with his own aggression and anger, unable to find another form of release.

One thing you can say about Henry Bowers is that he’s persistent. When he promises to kill The Lucky Seven (a group of outcasts) he damn well tries to succeed. Bowers lives for tormenting others and always carries a switchblade with him to back up his threats. While he has his followers, they are teddy bears compared to him; muscle men to help him torment poor helpless victims – in this case The Lucky Seven –  like dealing with a child eating demon clown wasn’t terrifying enough.

Coming from a broken home, Tommy lives with his sister Kayleigh and paedophile father, George. Tommy yearns for attention from his father but all he receives is beatings and is forced to watch on while his father sexually abuses his sister. As he grows older, he becomes very cold and violently sadistic towards anyone, including his friends and sister. He beats up a random stranger, forces a friend to put a firecracker in a mailbox which causes a mother and baby to die from the explosion and burns a friend’s dog alive. A product of a harsh upbringing and unfulfilled fundamental needs for affection and care.

Kenny is the main antagonist and leader of his group of friends, who constantly makes the lives of fellow students unbearable, particularly the main protagonist Owen. Owen is on the receiving end of name calling, a violent wedgie and an attack with an antenna rod, all just for being different and quiet. Kenny’s home life isn’t all rosy and the reasons for his behaviour towards Owen might be the result of being bullied himself by his violent brother, Jimmy.

A rebellious and popular teenager with a knack for breaking rules and a constant thorn in the side of teachers, Chris Hargensen hates troubled classmate Carrie. Her torment and teasing of Carrie and her refusal to finish a boot camp style detention lands her a ban from school prom. In return, she humiliates and embarrasses Carrie at the prom by throwing pigs blood on her.

A dim witted yet popular jock who loves nothing more than to torment and embarrass anyone who he see’s as a threat to his popularity and anyone who talks to his attractive girlfriend Robyn, Matt Wilson continuously verbally and physically assaults protagonist Dave just for talking to girlfriend Robyn and staples him to a locker room for all to see. Wilson even resorts to violence when he punches Link (a prehistoric caveman) who has become one of the most popular guys at school. Deep down, Matt is very insecure and believes he needs popularity and the most attractive girlfriend to make himself feel happy and appealing.

Regina George is the head of the popular clique in school ‘The Plastics’. They dress to impress, look like barbie dolls and always watch their diet. Regina is very bossy and abusive towards her group of friends; always has to be in charge and is more than happy to steal their boyfriends. She is also very manipulative towards almost everyone in school; she’ll spread rumours and gossip about fellow students just for the fun of it.

Hazing, an initiation of a person into a group or society which consists of bullying, harassment and abuse, is a big part of American culture, especially in fraternities at college and high school. In Dazed and Confused, the worst offender is Fred O’Bannion. His weapon of choice is a cricket paddle, and he will go at any length to make life miserable for the younger students.

Clyde Parker is unrelenting in his victimisation of grief stricken new student, Jeff, whose celebrity actress mother had passed away. He uses Jeff’s celebrity as bait and he doesn’t let up.. Trying to prove a point that he is more superior than some celebrity boy, he continuously makes disparaging, rude remarks about his deceased mother. If he is not making comments about his mother, he is beating him up or trying to shove Jeff’s face into a spinning bike wheel. Clyde’s obsession with Jeff is quite sadistic and psychopathic.