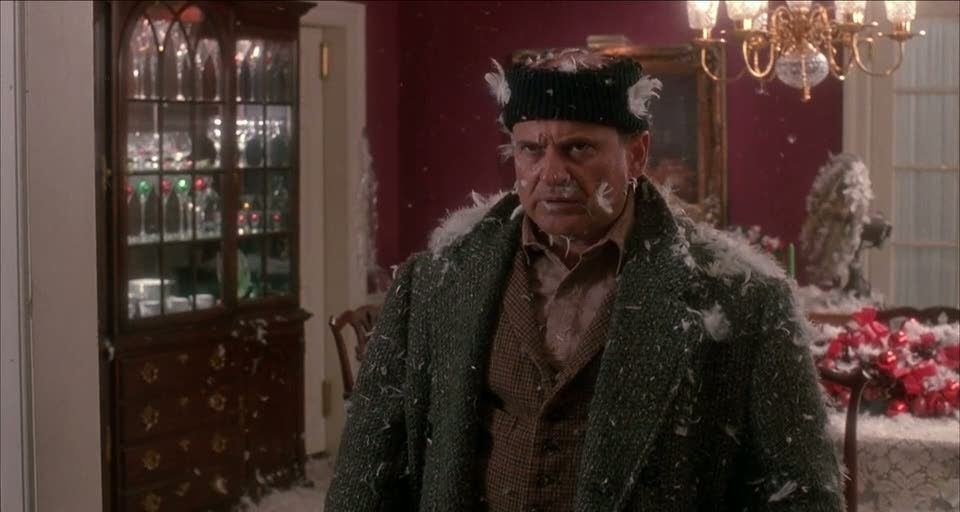 It seems like such a simple task: write a Classic Screenplay article with a neat Christmas tie-in. A Classic Christmas Screenplay, if you will. So I ask myself what stands out as the quintessential movie … and a lot comes to mind.

I could tread old ground and discuss the lauded It’s a Wonderful Life. But it, like A Christmas Carol, are too much about redemption to really cut through—at least for me—because ultimately all good films, unless they’re coming of age of tales, are about redemption, about characters and their faults and their rise above them.

Or I could be all cool with it and cite Die Hard, or Lethal Weapon. But Christmas is just the background for otherwise classic films—one of which was already discussed as a Classic Screenplay, and the other could happily find a home in the Classic Screenplay canon.

Or maybe I get quirky with my selection and cite Tinker Tailor Soldier Spy, or Gremlins. Or maybe not.

Or I could discuss something light-hearted, something that echoes the sentiments of most people as it relates to Christmas: it’s a good excuse to get together with family. And what better excuse than to make homemade cheese pizza and watch Kevin McCallister wreck shop on two idiotic burglars?

A New Year’s Resolution perhaps? Discuss more John Hughes, that screenwriting tour de force who spoke to a generation of teenagers in the ‘80s and ‘90s like no one else.

Nothing’s simple is it? But John Hughes caveats aside, Home Alone is a superb Christmas movie. It’s got snow, a manger, Christmas Carols, a corker of a Christmas soundtrack, Christmas ball booby traps. It’s got family mayhem, strangers helping each other, a grandfather reunited with his estranged son, a mother trying to get back to her son for Christmas Day. It’s got John Candy and the Kenosha Kickers for crying out loud!

And it’s also got some unassuming screenwriting.

For example, Home Alone is great at creating empathy for its protagonist. Immediately when we meet Kevin McCallister—a role written for Macaulay Culkin— he’s complaining about not being allowed to watch a movie with the big kids, only to be ignored by his parents. Then comes the looming task of packing his suitcase. Not only will no one help him, they ridicule him for being too helpless to do it himself.

Linnie: “You are what the French call les incompetent”

And then comes the infamous cheese pizza scene, where Buzz eats Kevin’s pizza, Kevin loses his temper, everyone ends up glaring at Kevin, and Kevin gets sent upstairs—and which in turn starts the chain of events that leads us to the crux of the film’s plot.

Speaking of those events, the idea of the Inciting Incident comes to mind. Just like debating whether Luke discovering the hologram in R2D2 or Luke discovering his Aunt and Uncle dead is the Inciting Incident in Star Wars, we can have that debate in Home Alone: is Kevin knocking into Buzz and spilling milk over the plane tickets, one of which—Kevin’s—ends up in the trash, the Inciting Incident, or is it the broken tree line falling on the power line causing the power outage that causes the alarm clock to rest, thus making everyone sleep in the Inciting Incident. I would argue the latter, because they could have easily woken up on time and found the missing ticket. But I would also argue for secret option C: does it really bloody matter? As long as causality is strong and resolute from event to event, you’re golden.

Home Alone wouldn’t be a great Christmas movie without a hopeful message and something to warm our hearts. The sub-plot of Kevin’s mother Kate (Catherine O’Hara) desperately trying to get back to him by Christmas Day, says a lot about being selfless and giving—Kate even rants about it:

Kate: This is Christmas. The season of perpetual hope. And I don’t care if I have to get out on your runway and hitchhike. If it costs me everything I own, if I have to sell my soul to the devil himself, I am going to get home to my son.

And let’s not forget she’s kindly offered a lift by Gus Polinski.

Of course, when she does make it back to Kevin on Christmas Day and they embrace, it’s a great, feel-good moment, complimented by the rest of the family waltzing in seconds later. But it’s the subplot with Old Man Marley that best articulates Home Alone’s message about family.

Consider the scene in the church, when Old Man Marley finally speaks with Kevin—who offers him sage eight-year-old advice.

Marley: I’m not welcome with my son. Years back, before you and your family moved on the block, I had an argument with my son. We lost our tempers, and I said I didn’t care to see him anymore. He said the same. And we haven’t spoken to each other since.

Kevin: If you miss him, why don’t you call him?

Marley: I’m afraid he won’t talk to me.

Kevin: How do you know?

Kevin: No offence, but aren’t you a little old to be afraid?

Marley: You can be too old for a lot of things. You’re never too old to be afraid.

Kevin: That’s true. I’ve always been afraid of our basement. It’s dark, there’s weird stuff down there, and it smells funny. That sort of thing. It’s bothered me for years.

Kevin: Then I made myself go down to do some laundry and I found out, it’s not so bad. All this time I’ve been worrying about it, but if you turn on the lights, it’s no big deal.

Kevin: My point is you should call your son.

Marley: What if he won’t talk to me?

Kevin: At least you’ll know. Then you can stop worrying about it and you won’t have to be afraid anymore. I don’t care how mad I was, I’d talk to my dad, especially around the holidays.

I could go on and on about how great Home Alone is and how every one should watch it once a year—at Christmas, with cheese pizza. And I haven’t even mentioned Harry and Marv, whose banter with Kevin is uproarious, and was certainly my introduction to slapstick! They deserve more lauding than a few lines here, but I will say this: what’s the perfect antithesis to a Christmas message about giving? Burglars!

Kevin: This is extremely important. Will you please tell Santa that instead of presents this year, I just want my family back. No toys, nothing but Peter, Kate, Buzz, Megan, Linnie, and Jeff. And my aunt and my cousins. And in a few years time, my Uncle Frank. Okay?