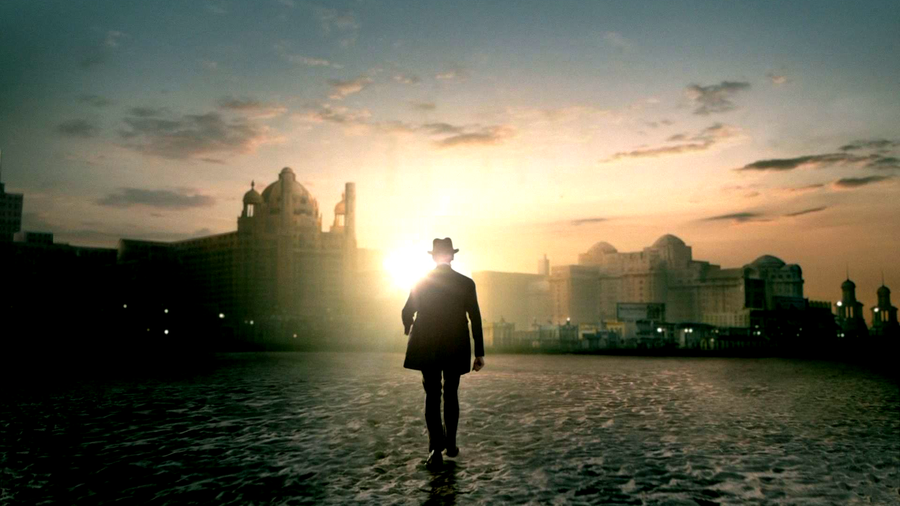 Although he made his name on the silver screen and has had an illustrious career spanning three decades, Jeff Daniels really hit his strides as the fiery news anchor, Will McAvoy. As protagonist in Aaron Sorkin’s The Newsroom, Daniels not only fills the small screen with an intense presence but charges the fast-paced scenes with a relatable voice. TV and online audiences have marvelled at McAvoy’s witty and vitriolic monologues in the three season run of the show which ended in 2014.

I’m not saying Godzilla was bad or anything and he was pretty solid in supporting roles in Drive and Contagion among others, but Bryan Cranston belongs to TV. If you’re a 20-something he was probably your second (or third) dad, playing the loveable bumbling mess Hal in Malcolm in the Middle. Then came Breaking Bad and Walter White, the transformative role which saw Cranston skyrocketed to the king of television drama. At first, we pitied Walter in his iconic tighty whities, dealing in the most dramatic way with his cancer diagnosis, before learning to fear this man spiralling out of control, as he mutates into a megalomaniac.

We loved him as the villain in The Usual Suspects and shivered when we saw him enact a personal reckoning in Seven but the unprecedented evil we see him exude in Netflix Original House of Cards makes him one of the best TV actors of all time. The behemoth series made history as the first television show to release a full season exclusively and simultaneously on the internet streaming service Netflix. Spacey’s character Frank Underwood, the presidential hopeful, will stop at nothing to reach the political peak. Viewers across the world have fallen in love with the caliginous settings, the shady dealings and Spacey’s Shakespearean asides which give us passage through the bowels of American politics.

King of the cameo, Steve Buscemi has that rare talent of peppering dramas with light touches and knocking comedies out of the park with short-lived but nuanced performances. But its his lead role as Enoch ‘Nucky’ Thompson in Boardwalk Empire that makes Buscemi perfect for primetime. Buscemi has won critics and couch potatoes the world over as the calculating king pin of Atlantic City in its golden era.

His portrayal of recently deceased South African icon Nelson Mandela was faultless, embodying the real-life character as he moved from terrorist to prisoner to the unifier of post-apartheid South Africa. But it’s two vastly different roles the British actor plays on the small screen that sees Idris Elba on this list. In the much-loved HBO series The Wire he played Stringer, the meticulous shadow man behind gang leader Avon Barksdale. The tight-lipped second-in-command had a fearsome presence, managing the corner kids and the economic affairs of the Barksdale crew. Across the pond, in the BBC series Luther, Elba plays the clever detective at the centre of the crime drama. While the characters are on the opposite sides of the law in very different playing fields (Baltimore and London respectively) they share this constant inner struggle between their intelligence and their passions. Elba is electric in both of these must-watch series.

Gandolfini’s portrayal of mob boss Tony Soprano is iconic because it brought the well-worn genre of gangster fiction into our living rooms. Where cinematic greats the likes of Brando, Pacino and De Niro had been before, Gandolfini brought into the everyday realm of television. Not only was The Sopranos a show about the reach and the horrors of organised crime, it dealt with the issues of the Western world in the 21st century. The Sopranos didn’t shy away from the taboos of the encroaching reign of depression, globalisation and capitalism on our society. With Gandolfini at the helm, The Sopranos became an exemplar of HBO.

While he has had a prolific career on stage, the big screen, and on television, John Lithgow’s role as Arthur Mitchell, or the serial killer Trinity, in the fourth season of Dexter is the best example of why John Lithgow makes this list. Lithgow has known success as the lead role in 90s sitcom 3rd Rock from the Sun as well as countless other roles in numerous TV series. But its his chilling role as Dexter’s (Michael C. Hall) nemesis, Trinity, which really wowed fans of this veteran of the industry. The Showtime series was never the same after his demise.

While he’s just newly garnered the attention of Hollywood playing Alan Turing in the recent rehash of another World War II story, The Imitation Game, fans of the BBC series Sherlock will know exactly why Cumberbatch makes this list. Cumberbatch plays an updated version of the much-loved Conan Doyle character, Sherlock Holmes. Holmes traipses through the streets of London alongside his companion Dr. John Watson (Martin Freeman), solving crimes, rubbing shoulders with the police, the homeless network and a ragtag bunch of criminals and victims.

Ex-Hollywood hunk, Baldwin, has struggled with his personal life over the years. There was that messy divorce with fellow movie star Kim Basinger, Baldwin likened to the “Tet offensive” (a Vietnam War reference). Then came the aftermath, where he felt like he ‘was staring off a cliff for six years.’ But in 2006 with his stocks in the industry very low, Baldwin made the move to television in the fan-favourite sitcom, 30 Rock. The move proved a masterstroke, his role as typical rich guy NBC exec Jack Donaghy a shining light in an otherwise unbalanced career.

While he might seem like the goofy poster child of middle-aged Hollywood with a string of inarticulate, unsuccessful characters, Steve Carell’s role in The Office will remain the most memorable role the actor is likely to see. Yes, he is at his cringe-worthy best as Andy in The 40 Year Old Virgin, and who could forget the loveable weather man, Brick Tamland. But its the enduring format of the long-running comedy where Carell really found his range, playing the boss we’ve all rolled our eyes at.