For the longest time… 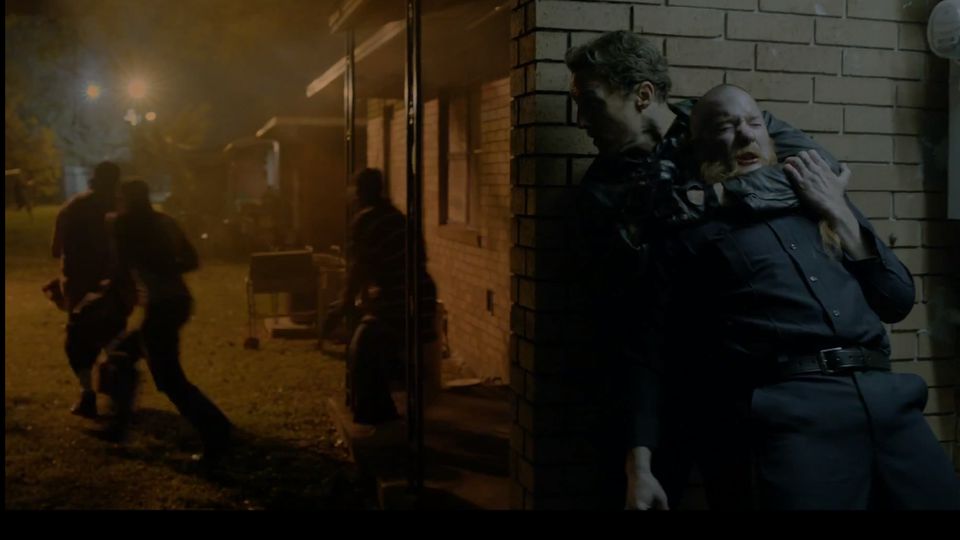 It’s nearly impossible to write a list of the ten greatest long takes cinema has to offer without neglecting so many gems. So we’ve intentionally slammed the door shut on A Touch of Evil, Breaking News, Goodfellas and a host of others by limiting our scope to the current millennium. We did leave the door slightly ajar for television though…

The takes chosen for this list aren’t ranked against one another because each has contributed something unique to cinema that can’t really be distinguished at levels of significance. There was supposed to be 10 takes shortlisted here, but Alfonso Cuarón got carried away in Children of Men so you can thank him for the untidy number we’ve ended up with for this list.

Though a remarkable achievement, Alfred Hitchcock’s Rope employed full frame darkness to mask edit points to give the effect of a film shot entirely in one take. Selling the ‘single take’ made up of several shots is not a foreign concept to many filmmakers (perhaps some that feature on this list?) but Alexander Sokurov’s Russian Ark is the first full-length feature film shot in one unedited take. The post-production team reportedly had their hands full after cinematographer Tilman Büttner kept swearing after making errors, but we don’t think there’s much to complain about here.

There is one shot from this year’s Best Picture Academy Award winner that lingers longest both in time and on the viewer’s mind. With the help of his cronies, plantation overseer John Tibeats (Paul Dano) leaves Solomon Northup (Chiwetel Ejiofor) barely within reach of the ground whilst dangling from a noose. McQueen opts for a truly harrowing depiction of circumstances by engaging Ejiofor in a wide static shot. While Solomon struggles to stand despite his noose, other slaves go about their business in the background. Spatially distanced from Solomon as we are, McQueen positions the audience to empathise with the helpless bystanders of the slave collective – endlessly victim to the physical suffering of themselves and others.

Here’s a fact: one person directed the entire first season of True Detective. As if that didn’t scream ‘cinema’ enough, Cary Joji Fukunaga dared to pull off a six-minute tracking shot reminiscent of a famous take from western action flick Hard Boiled. After a robbery goes wrong, Rust Cohle (Matthew McConaughey) shoots and evades his way out of a kicked hornet’s nest of a gangland neighbourhood (all whilst kidnapping an informant at gunpoint). By taking edit points out of the equation, Fukunaga lets the audience fully appreciate Rust’s escape for its sheer length and skill involved – the same attributes for which to celebrate this single take itself.

Based on the events of the infamous Columbine massacre, Gus van Sant’s Elephant asks us to consider the headspace of individual characters – simply by following them using relatively tight over-the-shoulder shots. Scenes are revisited throughout the film, with each iteration adopting a different third-person perspective. Seemingly mundane sequences become interesting when one pays attention to the subject of the shot – their gait, for instance, or the way they interact with their surroundings and other people. The controversial Australian film 2:37 is certainly inspired by van Sant’s work here, and is a fascinating contribution to homegrown cinema.

It feels unjust to write that this particular sequence from Park Chan-wook’s mystery thriller plays out like a sidescrolling video game, but perhaps that’s the exact aesthetic required to highlight the superhuman nature of the film’s protagonist. What is most amazing is the commitment from all actors involved in what is a physically grueling display. Don’t worry though: that knife in the back of leading man Choi Min-sik is CGI.

This one comes as no surprise given that Alfonso Cuarón spoils you for choice with sixteen shots lasting 45 seconds or longer. Of these, we’ve picked two standout takes: one involves a car chase while the other follows Theo (Clive Owen), who spends every moment of the take trying to avoid death at the hands of old foes and stray RPG rockets. It’s hard to pick a favourite between these two shots but we doff our hats to the car chase for a couple of reasons. Cuarón’s restraint in properly displaying Julian (Julianne Moore) as she dies is masterful in depicting how swift and unexpected death comes to those caught up in war. Oh, this staggeringly complex rig is pretty good too.

Was there ever a long take to have its visual achievements outshone by its sound design? This limited series, tonally inspired by the film of the same name, boasts a host of stylistic sequences – none more so unique than when connoisseur of chaos, Lorne Malvo (Billy Bob Thornton), takes revenge on a crime syndicate who ordered an attempt on his life. The shot is memorable for the way in which it charts Malvo’s activity while he remains unseen by the audience. Filming the exterior wall of a highrise office building, the camera’s multidirectional tracking matches that of Malvo’s movement – as implied through the sounds of footsteps on floors and stairs, doors opening and elevators rising. The soundscape is rounded out with gunshots, grunts, screams and profanities as Malvo shoots his way to a 22 person-killing spree.

With a languid tracking shot along the Redcar seafront, Joe Wright comes as close as any to depicting a painting in motion. Words simply don’t do justice for this masterpiece – perhaps you should just go and watch it and reflect on all the feels.

Father Dominic Moran (Liam Cunningham, aka Davos Seaworth, aka the Onion Knight, aka the best darn Hand of the King) visits the imprisoned Bobby Sands (Michael Fassbender) in an attempt to prevent a hunger strike that will surely kill the latter. Their debate is captured in a static two shot, unbroken for nearly 17 minutes. Steve McQueen is somewhat of an auteur when it comes to mammoth shots, utilising ‘the oner’ to bring about an effect different to what most other long takes set out to achieve. As is the case in 12 Years, McQueen calls attention to the context of his film and to the performance of his actors by keeping the frame static and relatively free of distraction. With Hunger, McQueen contests that perhaps the language of cinema can be set aside when a powerful message needs no close ups to be understood.

While Steve McQueen champions a contemplative kind of long take, his Academy Award-winning counterpart favours the technologically groundbreaking stuff. This is not to say that the opening take in Gravity is contextually unfounded, as director Alfonso Cuarón explains: “the ultimate goal of this whole experiment was for the audiences to feel as if they are a third character who is floating with our other two characters in space”. Faithfully emulating the movement of one slowly moving in space, the camera indeed assumes the physicality of the viewer – augmented by an uninterrupted point of view provided through a restraint in editing.