“I can see your soul at the edges of your eyes. It’s corrosive, like acid. You’ve got a demon, little man. And I don’t like your face. It makes me want to do things to it. There’s a shadow in you, son.”

In a recent interview, True Detective creator Nic Pizzolatto stated that the ‘aspects of a police procedural don’t interest me and I’m certainly not interested in serial killers or serial killer stories.’ From the outset, True Detective has been more than the grisly murder of Dora Lange. It’s two broken men, staring long and hard into the abyss, and the abyss that stares right back at them..

The case of Dora Lang is seemingly solved in the fifth episode, the ambitiously titled “The Secret Fate of All Life”. Thanks to a connection from biker-turned-informant Ginger, Cohle and Hart manage to track down the hidden meth lab of Reggie Ledoux, who was first teased to us in the haunting final moments of Episode 3, “The Locked Room.” But thanks to Hart’s irrepressible temper, Ledoux and his partner bite the dust within minutes, forcing Cohle and Hart to spawn more lies on top of the ones they created after going ‘off the books’ last week.

The first four episodes of True Detective, despite their ambitious themes, seemed at their most fundamental, a police procedural. The question of ‘Who Killed Dora Lang?’ hung over every scene, every conversation and every action. “The Secret Fate of All Life” and the execution of Reggie Ledoux pushed one of the show’s more mysterious concepts to the fore; The Yellow King. As i09 explains in this fantastic article, The Yellow King was mentioned in Dora Lang’s journal back in Episode One, but the title has deeper literary connections. ‘The Yellow King’ was a metafictional play written in portions by weird fiction writer Robert W. Chambers as part of a series of short stories published in 1895. Within the world of Chambers’ short stories, the play purportedly ‘brings despair, depravity and insanity to anyone who reads it or sees it performed.’ 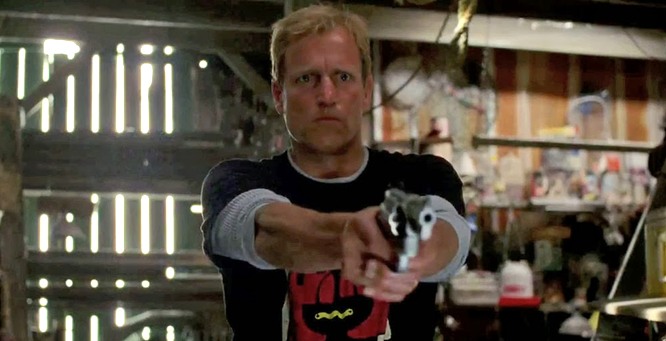 Halfway through “The Secret Fate of All Life”, The Yellow King is mentioned to Cohle by dim stick-up man Guy Leonard France and Cohle realises that the case of Dora Lang remains unresolved. Francis, charged for double murder, tries to strike a deal with Cohle, who initially seems disinterested until Francis mentions the enigmatic moniker. The man behind the antler murders is still out there, and he’s being protected by ‘big people.’ Cohle decides to bring Hart to Francis to talk further, but by the time they arrive, Francis has committed suicide, perhaps as a result of a phone call he received from a remote pay phone.

But present day Det. Gilbough and Det. Papania aren’t concerned with Cohle’s obsession with The Yellow King. They’re far more interested in Cohle’s whereabouts over the past decade, and why he’s been spotted with his red truck hovering around crime-scenes of late. Papania in particular, who’s previous amiable nature is revealed to be for show, exposes his antagonistic attitudes toward Cohle. And they’re slowly convincing Hart that his old partner might not have been as trustworthy as he seemed. Was Francis trying to blackmail Cohle in the interrogation room?

Pizzolatto has previously stated that all the clues to the mystery appear in Episode One, although there seems little point in speculating the outcome in a show that forces us to expect the unexpected. True Detective killed off the central suspect of Dora Lang’s killing in “The Secret Fact of All Life”, compelling the sentiment that the murder case is secondary to the more pressing questions. Murderer or not, who is Rustin Cohle?