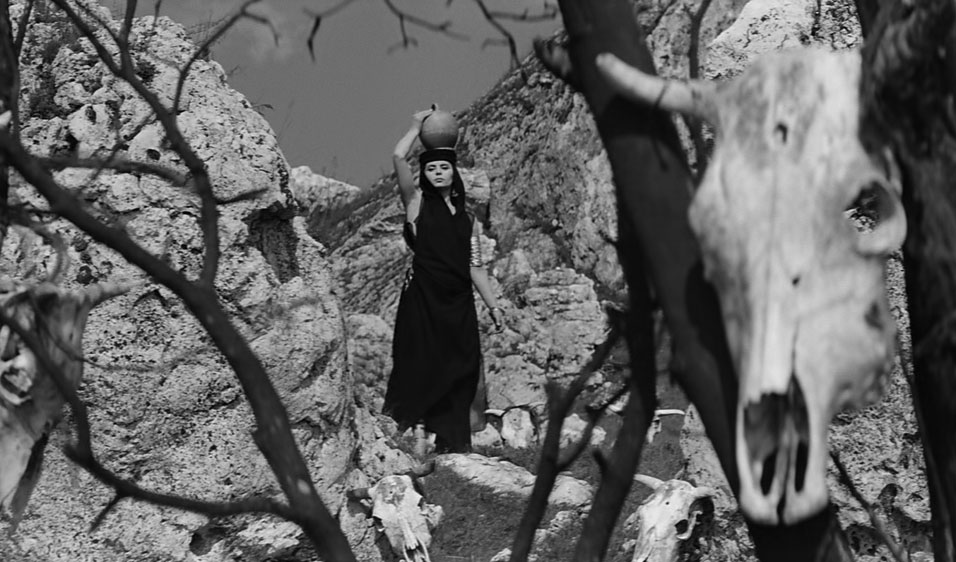 There’s nothing quite like Wojciech Has’ The Saragossa Manuscript, a film so disorientating that it may have you questioning your own sobriety. The film is an adaptation of at least some of Count Jan Potocki infamously massive novel, entitled “The Manuscript Found In Saragossa”, which was the author’s most acclaimed work, often compared to The Decameron and The Arabian Nights, with which it shares themes and interests. Potocki himself was a fascinating figure, reportedly a travel writer of some repute, an Egyptologist, historian, occultist, linguist and balloonist. And yet with all his rage to live the man committed suicide at the age of 54.

Has’ film, reportedly a reasonably faithful adaptation of Potocki’s work, is more of a thematic puzzle than a plot driven movie. There may be no other film in history with such a chaotic narrative structure, the story almost labyrinthian in its movement. The Saragossa Manuscript is certainly a film that embraces tangents, the multilayered nature of Potocki’s tale almost requiring a notepad to take notes just to keep up with it all. At one point, there are no less than five tangents towards which the film digresses, with one person telling a story about another person who then tells a story about another person and so on. “Frasquita told her story to Busquenos. He told it to Lopez Soarez, who in turn told it to Senor Avadoro. It’s enough to drive you crazy.”, the protagonist Alphonse cries in a moment of comic self-awareness on Has’ part.

Ostensibly, the film follows Alphonse van Worden (Zbigniew Cybulski), a Belgian captain of the Walloon guards traveling through a haunted region of 17th-century Spain. While investigating a deserted inn, van Worden is invited to dine with two Moorish princesses in a hidden, inner room. The princesses seduces him, offer him a mysterious goblet to drink and he finds himself waking up in a desolate countryside, surrounded by skulls. To continue would be to shatter the mind-bending illusion that Has’ film casts over its viewer. The Saragossa Manuscript revels in storytelling and anecdotes. Astonishingly – considering the chaotic narrative – each character is remarkably well-realised.

The Saragossa Manuscript has often been compared to Jodorowsky’s El Topo, a film that also engages in swashbuckling fantasy laden with folklore, supernatural motifs, humour, and a touch of surreality, but the comparison does no justice to either film. Has’ film deserves to be appreciated with no predisposition, so uniquely affronting is Potocki’s tale. It’s not an easy film, but for it’s three-hour running time it’s welcomely charming company.

The Saragossa Manuscript will be playing as part of ACMI’s Martin Scorsese Presents: Masterpieces of Polish Cinema from Sunday 5 October to Sunday 26 October 2014.