"But Danielle is not always being attacked; sometimes she is doing the attacking."

A shiva is a mourning tradition in Jewish culture in which mourners congregate in a home, often the home of the deceased, following the funeral. They comfort one another and reminisce, and eat lots of food. For the principal family members hosting the shiva, it lasts a full week. It probably only feels like a week to one particular guest, the main character in the new MIFF film Shiva Baby, Emma Seligman’s feature-length expansion of her eight-minute 2018 short. 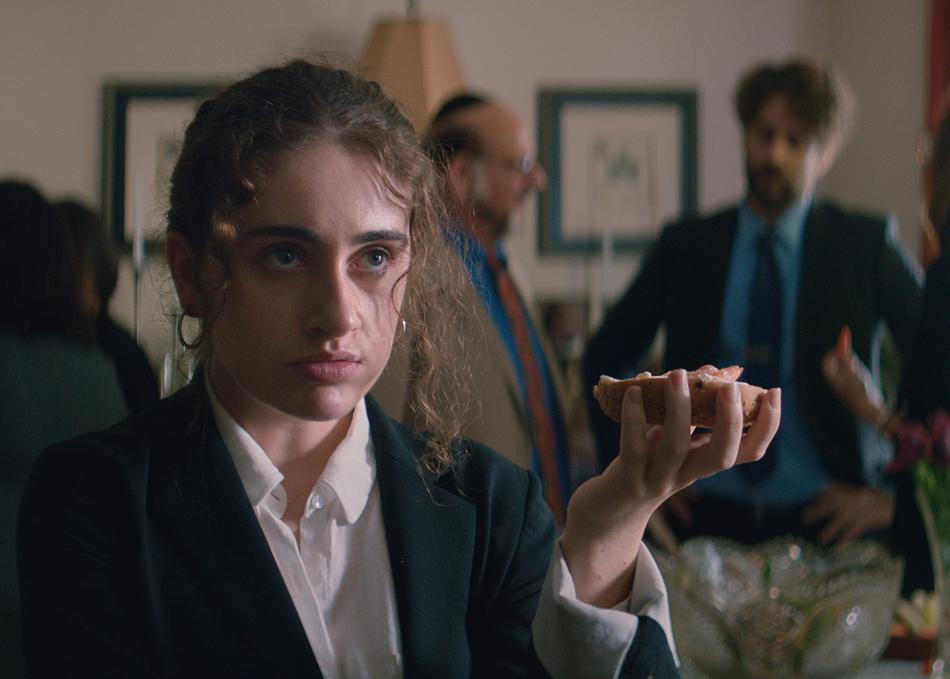 Danielle (Rachel Sennott) has found herself trapped at this particular shiva, for a person she doesn’t even really know, in the company of both her ex-girlfriend (Molly Gordon) and her sugar daddy (Danny Deferrari). Between awkward exchanges with both, she must dodge the well-meaning but poorly timed questions of her parents’ yammering friends, who wonder what she’s going to do for work with that self-invented major that has something to do with women’s studies. Oh, and her parents (Fred Melamed and Polly Draper) are also present – as is the wife (Dianna Agron) and baby of her sugar daddy, neither of whom she knew existed.

It’s a pretty delicious cringe-worthy setup for a short and tight little slice of crowd-pleasing independent cinema. Shiva Baby definitely has the short part down (a mere 71 minutes), but it’s probably not as tight as it could be – a potential problem for any feature-length version of a short film. Seligman has to cram in 63 more minutes of action than the eight-minute short, and at times, you certainly get the impression that Danielle should just leave. There’s only so many times she can run into the same prying yentas and symbols of her own romantic and moral failings. 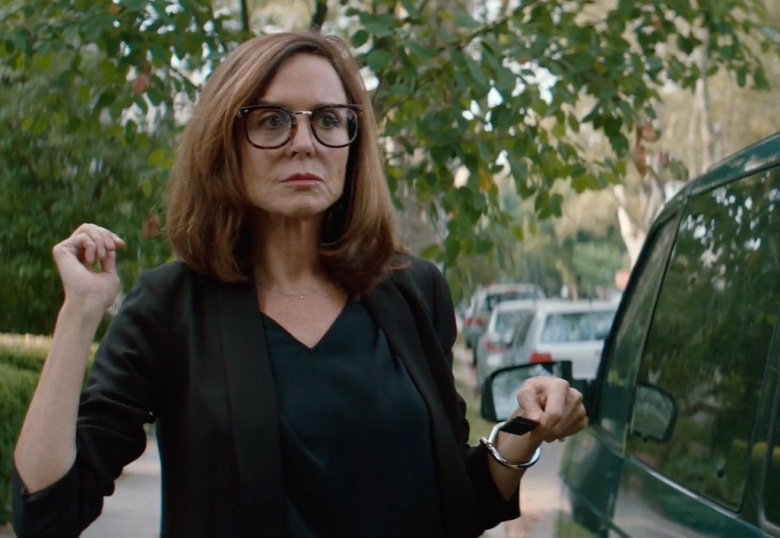 Still, this is a pretty entertaining group to spend the time with. Making essentially her feature debut – her other 2020 film is also, curiously, about a lesbian relationship over the backdrop of a Jewish funeral – Sennott really commands the screen. She brings an eminently watchable combination of innocence, recklessness and disgust to the character of Danielle, who certainly creates her own problems, but is also the victim of bad timing and deception. Melamed and Draper nail the roles of the benignly arguing Jewish parents, while Gordon and Deferrari both provide good and different types of foils to Sennott, bringing her character’s shortcomings and confusions into sharp relief. Glee alum Agron – one of the few Glee alums who are still living, sadly – also works well as the smiling shiksa who shoots daggers with her eyes.

And if this is meant to be an uncomfortable and claustrophobic space in which to spend 71 minutes, Seligman commits to that too. As Danielle adapts to new information and tries desperately to keep this whole flimsy enterprise afloat without everybody finding out about everybody else, Seligman distorts both the sound and the picture, as though Danielle is in the final moments before fainting. Extreme close-ups approximate the sense that she’s feeling attacked, even by people who are harmless to the point of total irrelevance. 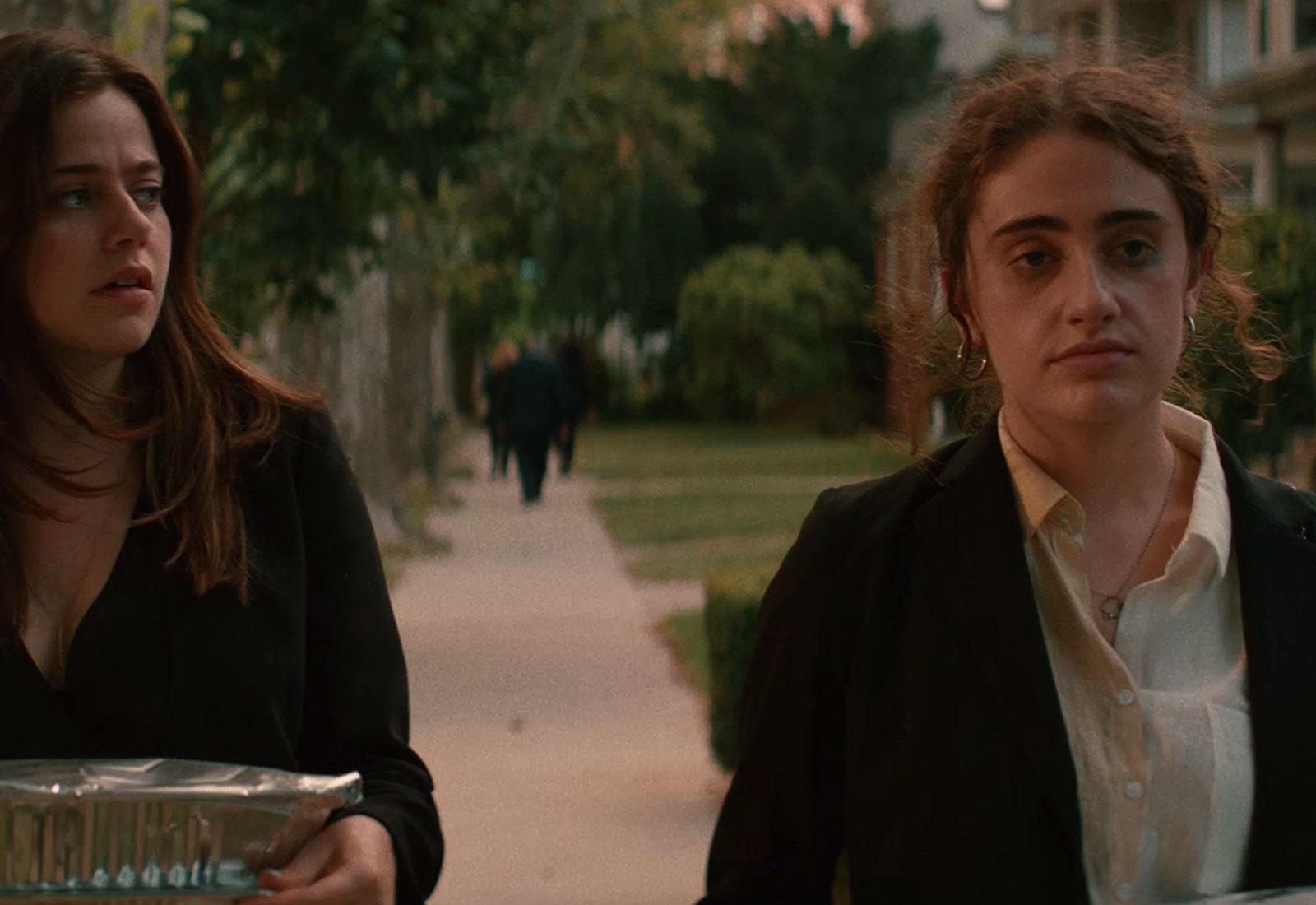 But Danielle is not always being attacked; sometimes she is doing the attacking. She should just want to get out of there unscathed, but as she’s only a few years removed from teenagerhood, she’s also got that sort of death wish that just wants to see the world burn. When a person is dealing with as many pressures as she is, sometimes an epic disaster is as much relief as a narrow escape.

Shiva Baby can be streamed throughout the duration of MIFF, until 23 August.