"If ever there was a neat package of Snyder’s tricks, it's here; 'Viva Las Vegas' playing over a series of slow-motion scenes depicting the ensemble cast as they headshot zombies and escape the city."

"The best zombie movies have a sense of pervasive doom which is totally absent here."

JM: Army of the Dead is the latest Zack Snyder picture, a horror-action film about a group of mercenaries trying to heist hundreds of millions of dollars from a vault underneath zombie-infested Las Vegas. It’s something of a return to basics for Snyder, who made his name with his 2004 Dawn of the Dead remake. That was a quality remake, even if it didn’t quite capture the utter nihilism of the George Romero original. Army of the Dead has no connection with Dawn, however, except that they both feature zombies. It has quite an ensemble cast, including the enormous Dave Bautista. What are your thoughts on this one? 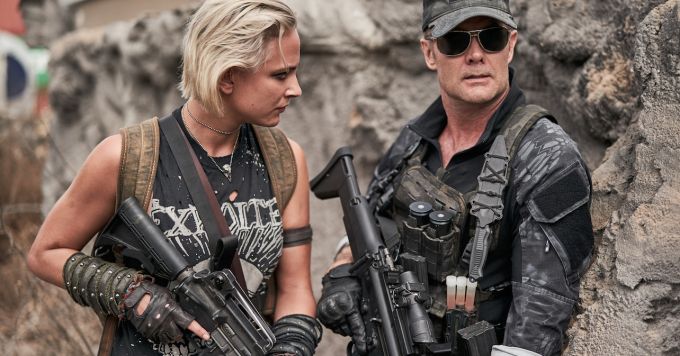 SK: You sort of know what you’re in for with a new Snyder film, don’t you? Watching his films is like being hit by a slow-motion baseball bat accompanied by an iconic country-folk song. Everything is so epic. In fact, everything is so epic that nothing is particularly epic. Let’s start with the intro. If ever there was a neat package of Snyder’s tricks, it’s here; “Viva Las Vegas” playing over a series of slow-motion scenes depicting the ensemble cast as they headshot zombies and escape the city. It’s reasonably fun to watch, but I was mystified as to why we got to see so much of what the film had to offer — i.e. the characters, the monsters, the violence, even the movement of the camera — in the opening titles. These are typically things drip-fed to the viewer to cultivate and sustain interest. I found my appetite for the remaining 140 minutes was pretty low afterwards.

JM: Absolutely. I feel like Snyder is known for his opening titles — Dawn of the Dead had a great intro — but in this case it made the rest of the film feel a bit superfluous. And the film runs for a total of two and a half hours. I feel like a bit of a crank for repeating this in nearly every review, but why is this film so long? What has Zack Snyder done to deserve this indulgence? As you say, Snyder is known for his excess — but it’s not just in the overblown action scenes that it shows, it’s in the length, the swollen ensemble cast, and the wholly pointless sub-plot about a group of refugees living in a quarantine camp around Las Vegas. I did feel like the action scenes were still the best part of the movie, but they honestly weren’t that good either.

SK: Yeah, I mean, despite the R18 rating and the gore, this is very much a kids film. The refugee camp is the closest the film gets to a social issue, and it’s handled clumsily. And it’s not like zombie films can’t do social issues! In fact, they started out that way. Romero’s original trilogy dealt with issues like race, consumerism and fascist government. The zombies – as brainless and blood-lusty as they are – were portrayed more sympathetically than the human survivors, who expose their prejudices and their instincts for selfishness over compassion. Likewise, Danny Boyle’s 28 Days Later showed the barbarism that bubbles barely below the surface of modern Britain.

So it’s actually a great genre to explore social themes amongst the carnage. Unfortunately, Snyder seems completely oblivious to that potential; instead relying on special-effects and excess to tell a bloated non-story. Ok, so there’s an estranged relationship between Bautista’s character Scott and his daughter Kate (Ella Purnell) that feels like screenwriting-by-numbers; it’s a character arc so perfunctory and predictable that there’s no point finishing this sentence. There’s a shady company man (Garret Dillahunt) who demands to be on the team, he seems to have ulterior motives; oh, he does. There’s a zombie tiger who … okay, that part was actually pretty cool. 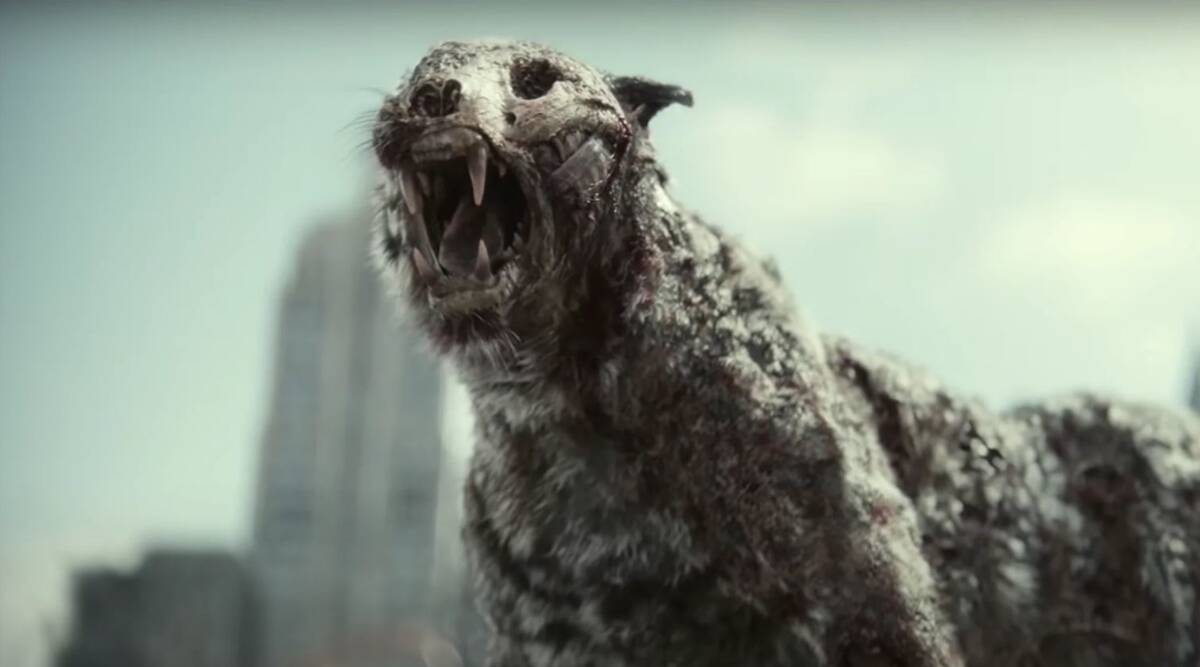 JM: I totally agree! The original Dawn of the Dead is such a brilliantly pessimistic depiction of society. Likewise 28 Days Later. In fact, I feel like zombie films predominantly served as a vehicle for social commentary until the zombie craze really picked up in the 2000s. Zack Snyder likes action and explosions, that’s fine, but they don’t suit the genre. The best zombie movies have a sense of pervasive doom which is totally absent here.

The shady company man reminds me that a lot of this film was pretty clearly stolen from Aliens–there’s a scene with a helicopter towards the very end which is basically lifted wholesale from Cameron’s film. Maybe it was meant to be a homage, I don’t know. I also liked the zombie tiger, though. There are a lot of CGI effects in this movie, and the tiger definitely worked the best. The rest were of pretty middling quality. I feel like too much CGI is poison for an action movie. You lose that sense of impact. 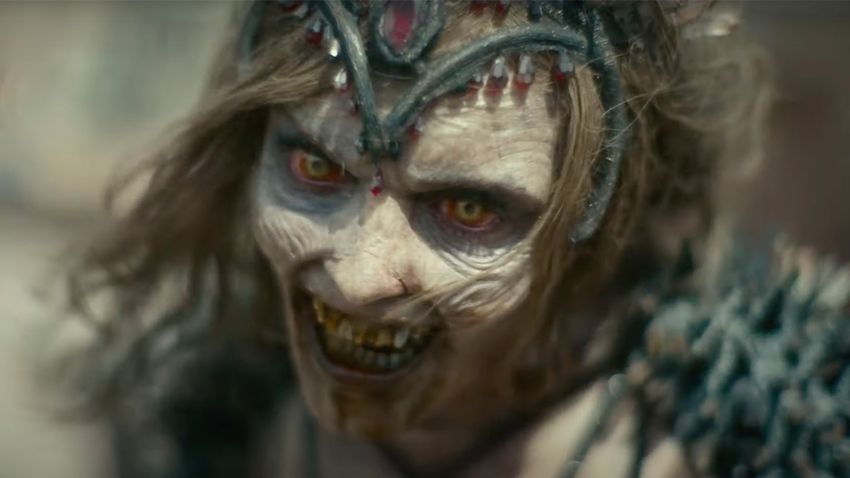 SK: True. Snyder uses CG to such an extent that his films have a cartoonish quality. It’s become his style and it’s in full effect here. I don’t mind it, but I think true horror requires things that exist in the physical world. Remember how terrifying that scene was in Raiders of the Lost Ark when the Gestapo officer’s face is melted off? So yeah, I didn’t mind the effects but I would have liked to have seen a few more paper mache zombie heads exploding, please.

JM: Any closing thoughts? I feel if the film was about half the length, it might be pretty diverting. 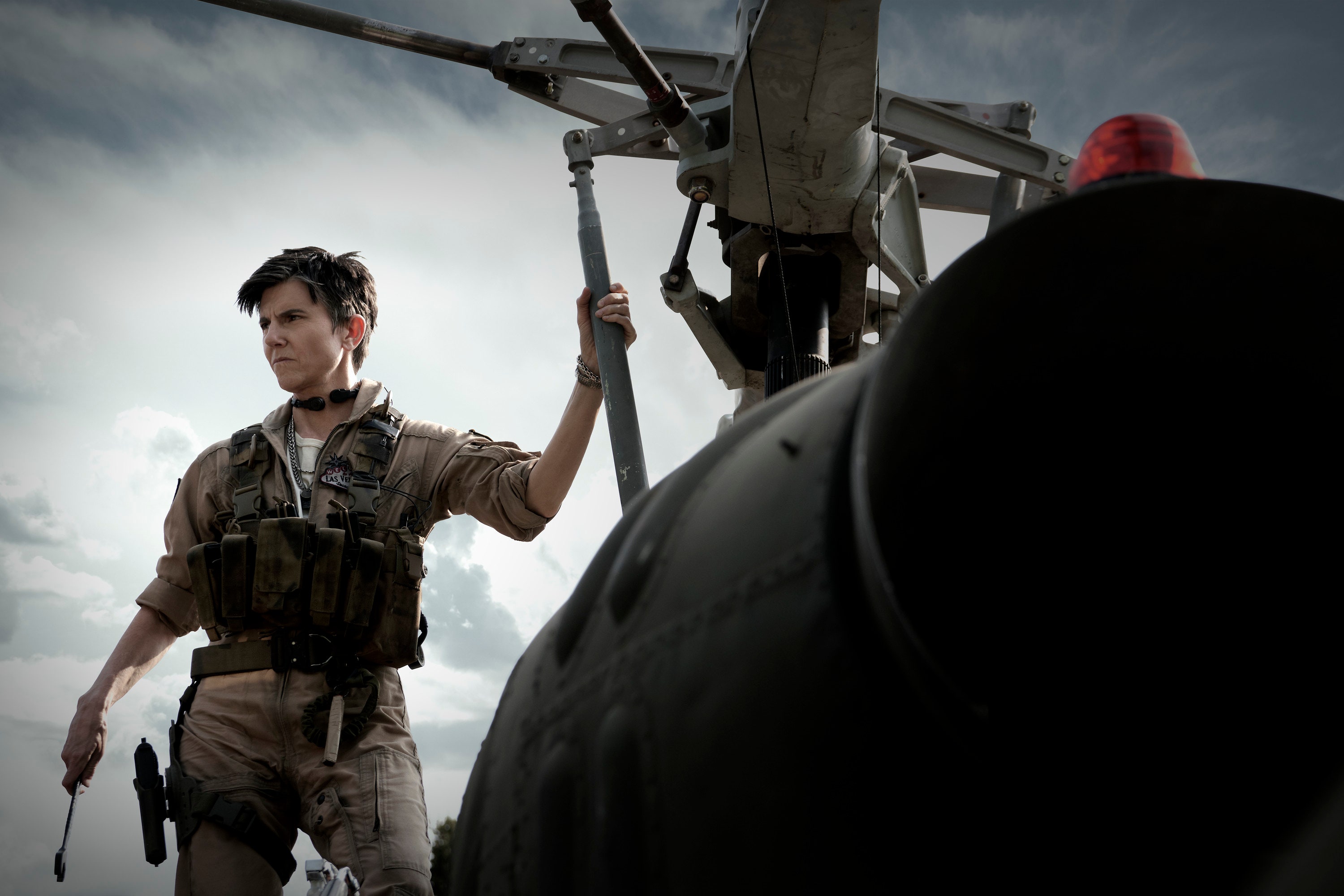 SK: Look, I like Snyder more than I should. Even though his DC universe films have all kinda sucked, there’s a certain slavish devotion to the subject material that is super-serious, plodding and oddly satisfying. For reasons unknown, I watched all four hours of his director’s cut of Justice League and I don’t fully regret it. Something deep within me wants him to keep making films, to ignore the haters, to whip up ever more grains of slow-motion dirt across muscled men firing machine guns into the abyss.

But honestly, Army of the Dead is a pretty crap film. In attempting to fuse Ocean’s Eleven with Dawn of the Dead, it has ended up as a pretty brainless action movie, with a reasonable finale in which the cookie-cutter ensemble cast is killed off. But getting there is a real slog. I will say this though; reviewing it has reminded me of the amazing films it rips off (see: every non-Snyder film listed above) and I might give those titles another look, starting with Aliens. 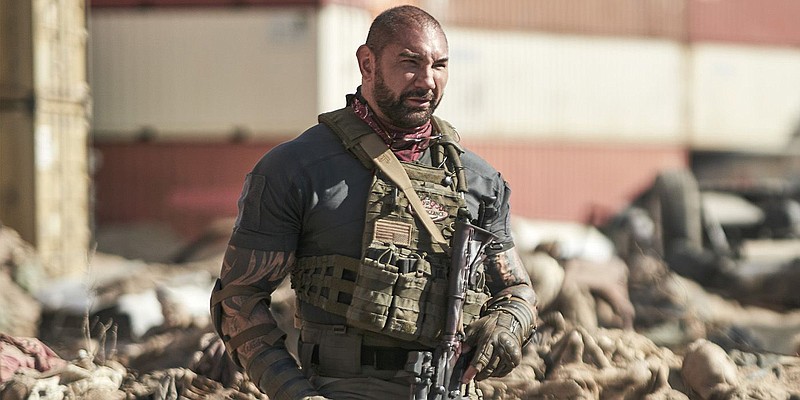 JM: I’m the same, I don’t have a huge problem with Snyder as a director. He does what he does and at least he pours his heart and soul into it. But he really needs to get off this auteur pedestal he’s somehow found himself on and let someone shoot down his bad ideas. I agree that the finale wasn’t too bad, and in general I did enjoy the film more as it went on. Bautista looks fantastic, and a lot of the minor characters weren’t inherently unlikable — they just weren’t really developed.  But two and a half hours? Come on, man. 4/10

Army of the Dead is currently streaming on Netflix. And since your intrepid editor has also seen it, he breaks the tie by giving this movie a