"Hart is never going to turn off his instinct for the absurd, but Weitz reins it in and gives him an outlet to extract the humour from the scenarios that arise here."

"Because the story gets its biggest dramatic beats out of the way near the tragic beginning, it leaves the final two-thirds free to be life-affirming and give you a real sense of the human spirit."

Kevin Hart is famously small in stature and big in … well, everything else. His comedic style has traditionally left nothing to the imagination. Plenty of physicality and pratfalls and outsized outrage. It can be tiresome.

Fortunately, Hart has the same ambitions as many other comedians in that he isn’t content merely to play the fool. That allows him to seek out projects like Fatherhood, Paul Weitz’ new film for Netflix, which arrives just in time for American Father’s Day and reminds us that where there’s a lot of Hart, there can also be a lot of heart. And in this case, “a lot of Hart” is limited to him appearing in nearly every scene, not a description of his performance style.

Matthew Logelin is the type of expectant father that many of us were before our first child. He hasn’t yet set up the crib even though his wife Liz (Deborah Ayorinde) is far enough along for them to schedule a c-section, and even though he told her he’d take it off her list – when you know her list already has two dozen more things than his. When the obstetrician tells them they need to do the cesar tonight, Matt asks if they could do it tomorrow instead because he’s got a fantasy football draft – and though he phrases it as a joke, knowing that’s an absurd skewing of priorities, he probably does have that draft and probably doesn’t want to miss it.

Rapid maturation is forced on Matt shortly after Liz successfully gives birth to a daughter, Maddy. During her recovery, she gets up from the hospital bed and suddenly feels faint, dropping to the floor. Liz has had a cardiopulmonary embolism, and Matt is suddenly a single father – fantasy football the furthest thing from his mind.

His headstrong mother-in-law (Alfre Woodard) feels Matt is incapable of providing what’s best for Maddy, not only because he’s still basically a kid himself, but because he’s grieving. But Matt determines to step up to the occasion. With some assistance from his own mother and his in-laws, but more from his local mates living in Boston (Lil Rel Howery and Anthony Carrigan), Matt is going to raise this young girl however he can manage it. 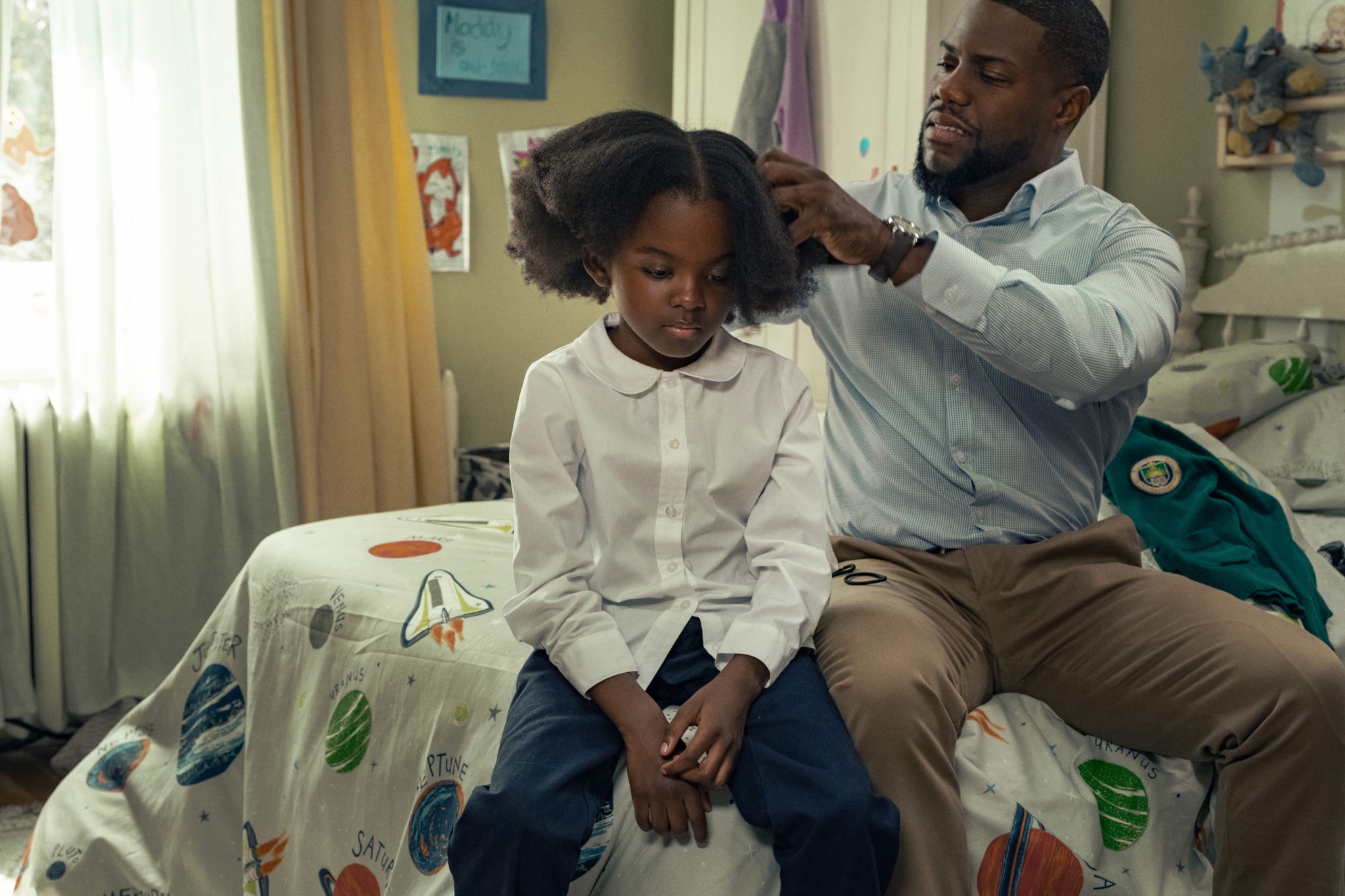 Fatherhood is, technically speaking, a dramatic role for Hart, but to paint this as some kind of dour portrait of a struggling dad who’s mourning his wife is to completely misrepresent the film. Don’t forget that Weitz is a seasoned comedy veteran, who got his start in a similar broad vein to the one that’s characterised Hart’s career so far with American Pie back in 1999. Weitz’s work has been considerably less sophomoric since then, as he’s been able to find the melancholy in comedy with films like About a Boy and In Good Company. Fatherhood is in good company with both of those.

Hart and Weitz are a well-matched pair. Hart is never going to turn off his instinct for the absurd, but Weitz reins it in and gives him an outlet to extract the humour from the scenarios that arise here, without spoiling the overall tone. Because trying to raise a baby girl by yourself, if you have no clue, is in fact funny. The difference is that it doesn’t need to be slapstick and lowest common denominator, as Hart might have played it earlier in his career, and this pair has that balance down perfectly. 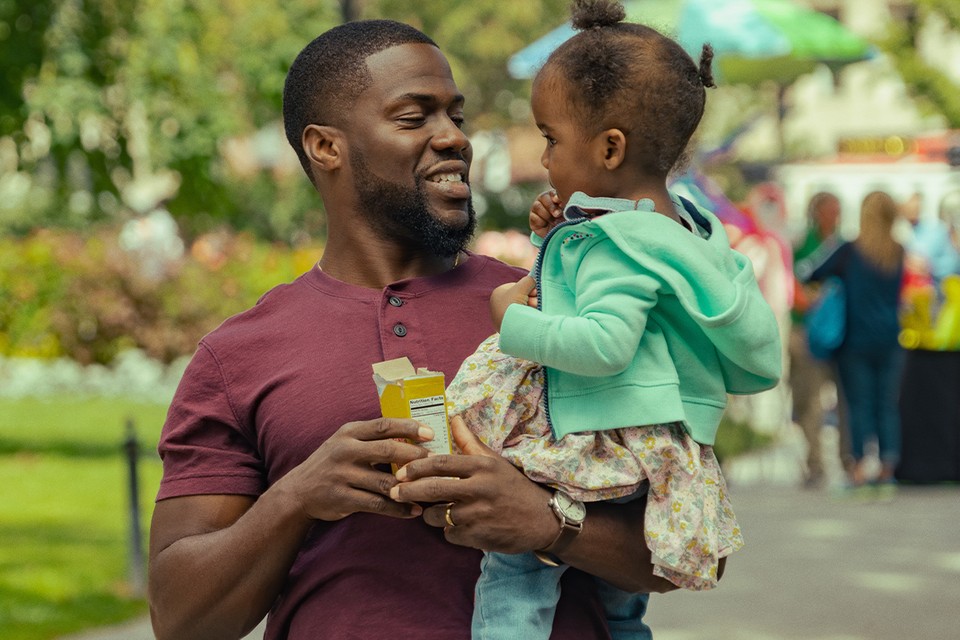 Simply put, this film will make your heart soar. That’s an almost unbearably earnest proclamation to make about a film, but the first writer who coined that cliché was using it to express a genuine feeling, and it’s a feeling you get watching Fatherhood. Because the story gets its biggest dramatic beats out of the way near the tragic beginning, it leaves the final two-thirds free to be life-affirming and give you a real sense of the human spirit. There’s that earnestness again. Fatherhood warrants it.

Hart is a joy, the type of guy you root for easily. No, he’s not the first over-his-head dad ever put on film, but he brings his own flavour to the role that’s a perfect combination of exasperation, sharp wit, and plucky determination. He’s got great supporting help from Howery and Corrigan in maximising the film’s easy charm. One particular sequence between Hart and Howery gives a nod to their shared history in more raw material, as they’re disguising their language in front of the baby and Howery repeatedly calls Hart a “motherfudger.” It’s like the two are saying “No, this is not edgy material, but we’re all in and having a great time doing it.” 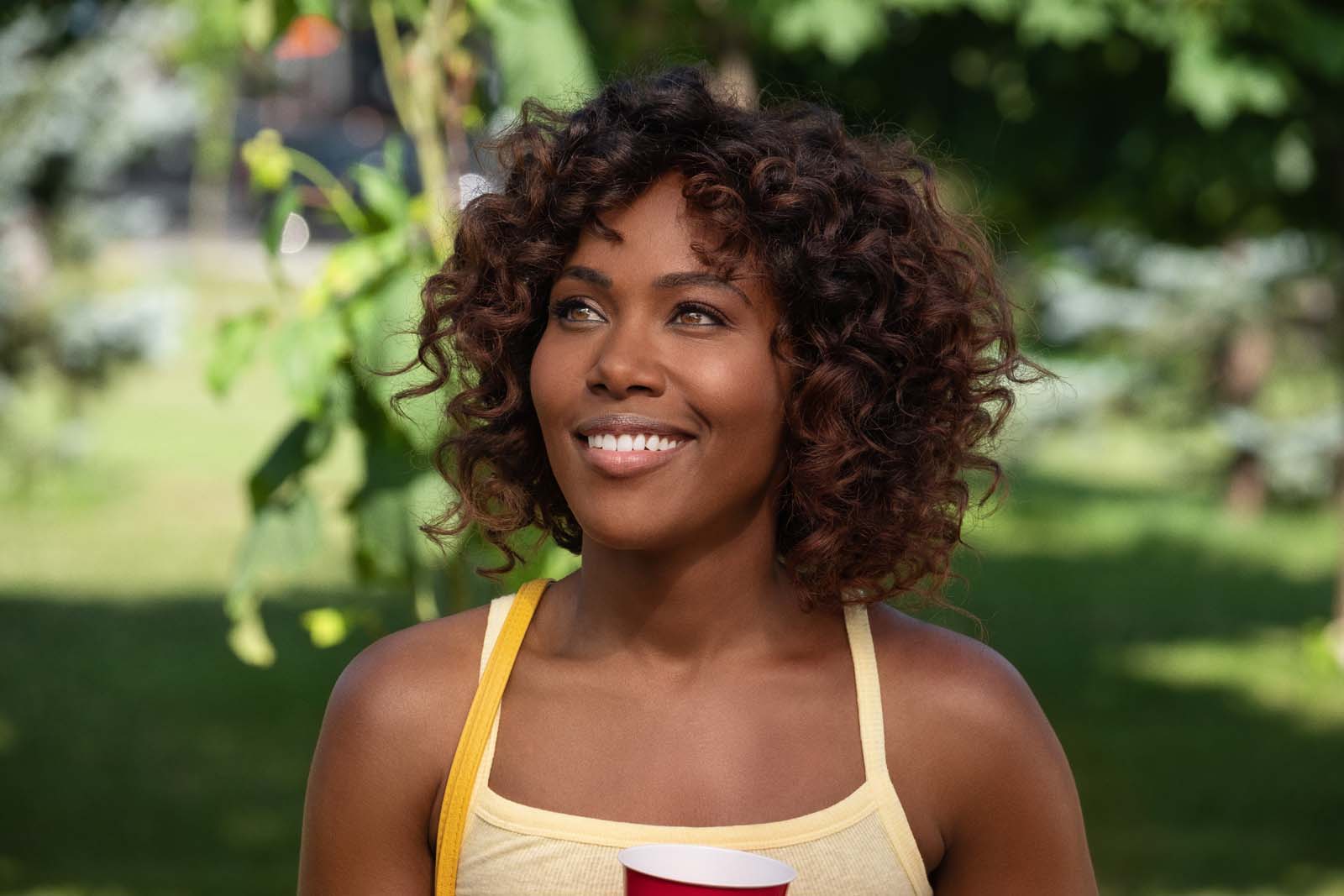 Contributing to the film’s considerable assets are its female characters. First there’s Woodard, who gives Hart tough love when she can’t reconcile the feckless youth she knew with the responsible father he must become. Then Hart’s new love interest, played by DeWanda Wise, is an able sparring partner for the lead. Both have great chemistry with him and really bring it in some heavier moments. But the cherry on top is the young actress Melody Hurd, playing Maddy when she reaches primary school age. She’s adorable and precocious and overflowing with natural talent.

The initial complication surrounding Hart’s new love interest is that her name is Liz, the same as Hart’s wife. They start calling her Swan to make it easier for him. It’s a detail that the film needn’t have included if there weren’t a purpose. The purpose seems to be to remind us that life is full of unexpected twists and turns, and the only way to get through it is to roll with them. 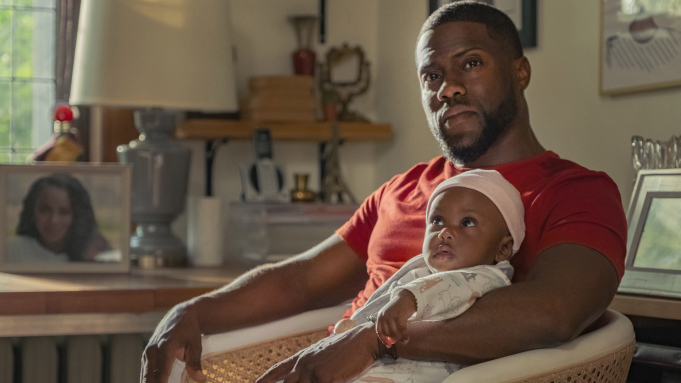 Fatherhood does not invent anything, recreate anything, reimagine anything, or do anything that you haven’t seen in other films. What it does is gather together the best aspects of the romantic comedies and dramas you love about family, parenthood and the willingness to wade back into love after loss. If that isn’t a reason to gush earnestly about a film, I don’t know what is.