"If we’re trying to be funny now, trying to make ridiculous suggestions that we think are exaggerations for comedic effect, we’ll be left with time travel as our only possible outlet."

"Director Justin Lin and his co-screenwriter Daniel Casey just want to get us to the stunts and explosions. Really, those are the only grounds on which we should even attempt to engage the movie."

Twenty twenty-one marks the 20th anniversary of the Fast & Furious franchise. That’s 20 years since the 2001 debut of an innocuous little musclehead action movie called The Fast and the Furious, which, while certainly a hit, was in no one’s wildest dreams the start of one of the most enduring movie series in Hollywood history. If this were the tenth entry that would be a nice round number to match the two decades, but there were brief pauses in production here and there, as when they needed to “reboot” way back after the third movie (The Fast and the Furious: Tokyo Drift), or when there was some consideration that Paul Walker’s death might bring the series to a close, or when there was the Hobbes & Shaw spinoff, which took the slot in the production schedule where another Fast & Furious movie might go, if not technically being a series main entry itself. 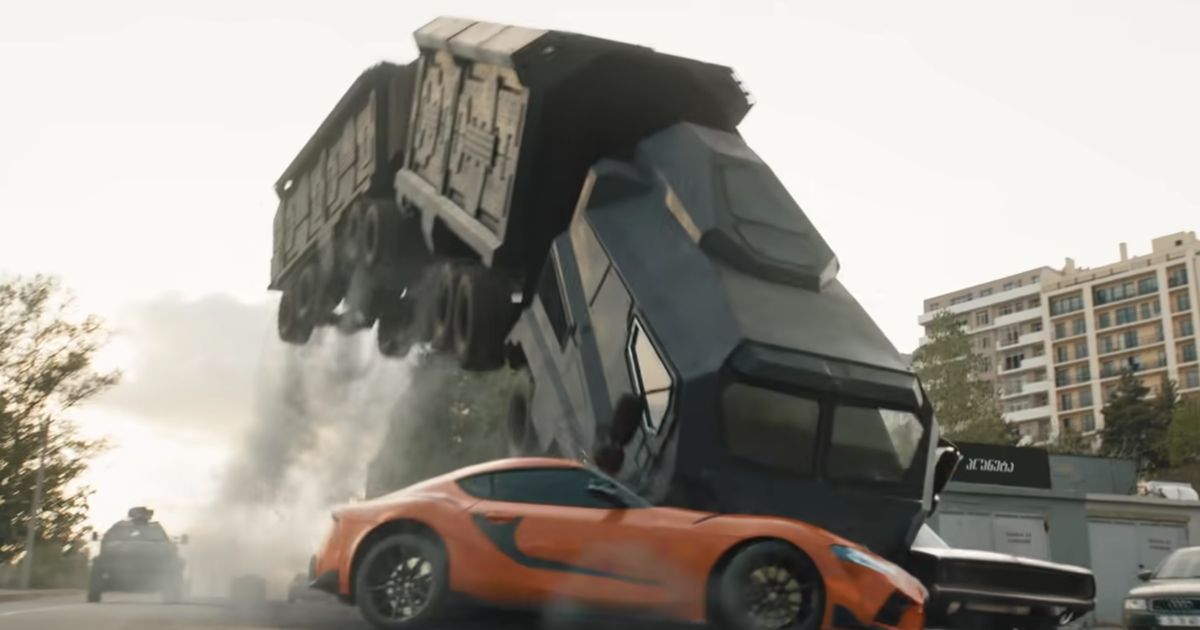 Despite no evidence whatsoever of giving up, there seems to be a certain amount of real laziness setting in, at least in one area: the titles. After trying to get a little creative with recent editions (The Fate of the Furious, the eighth movie, could be stylised as The F8 of the Furious), they’ve come back with what seems like a placeholder this time around: Fast & Furious 9, or F9 if you want get all abbreviate-y. (It’s a word. Look it up.) What, no Nine Lives of the Furious? I’ll just say that I’ll be disappointed if they resist the obvious title for the inevitable tenth entry: Furious X.

Film writers who’ve waxed comedic over the years about the series’ excesses had already been speculating that the only place left for these hotrodders turned international spy super-team to go would be outer space. Well, now you can check that off the list too. If we’re trying to be funny now, trying to make ridiculous suggestions that we think are exaggerations for comedic effect, we’ll be left with time travel as our only possible outlet. Muscle cars fleeing from T-Rexes, anyone?

F9 does engage in a little time travel in a manner of speaking. We’re shown here – for the first time in the series, if I’m not mistaken – Dominic Toretta as a younger man, played by an actor who is not Vin Diesel, in order to get some of the character’s heretofore unknown back story. As a humorous if possibly unintentional acknowledgement of how old Diesel actually is (53), we get a number of scenes that take place in 1989, when he’s already basically out of high school. It seems he worked the pit at the racetrack where his father drove, and was there on the fateful day when his father perished in a fiery wreck due to an engine modification. The person responsible for the modification? His never-before-mentioned brother, Jakob, who is played by wrestler-turned-actor John Cena as an adult, the latest action lunkhead inevitably destined to appear in this series. (Prediction: Dave Bautista is due next.)

Jakob went in the wind after a race with Dom for all the marbles – “if you lose, just keep driving and never, ever come back” – but he’s returned just in time to give this movie it’s apparent emotional spine. Of course, he’s intricately interwoven with all the other plot threads that have been set up over eight previous movies, as this series has done the same sort of narrative retrofitting that the equally lengthy Saw series has done, to find ways to incorporate nearly every character who has ever appeared on screen. Back in this movie are a number of characters who have stepped in and out of the franchise over the years, including Dom’s sister Mia, played by Jordana Brewster, Lucas Black’s Sean, who logically should have been finished after the anomalous Tokyo Drift, and even a character who was presumed dead, which we won’t spoil in case you haven’t seen the trailers. 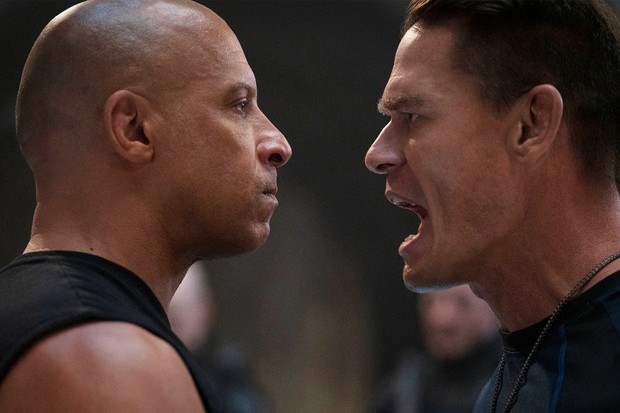 The plot? Charlize Theron’s Cipher is back as the big bad, with Jakob as her puppet. (That can’t last, if you’ve followed any of Dom’s countless words about the importance of family.) Our crew’s adversaries are trying to get their hands on some geodesic doohickey that can control satellites and bring all the world’s superpowers to their knees, because of course they are. And only Dom (and Letty, and Roman, and Tej, and Ramsey, and Helen Mirren’s character for some reason) can stop them.

Outside of this Dom origin story, there’s barely the pretence of setting anything up here, as director Justin Lin and his co-screenwriter Daniel Casey just want to get us to the stunts and explosions. Really, those are the only grounds on which we should even attempt to engage the movie. And if that is the case, unfortunately, they don’t quite pass muster on this go-around. The chase scenes are certainly plenty absurd – a minefield plays into one, a super-powerful magnet into another – but the silly delirium of those sequences has lost some of its steam. Maybe as goes Diesel, so goes the series, and he’s as stiff as they come here. Not that Diesel has ever been a great actor, but when even John Cena is acting circles around him, it’s cause for some concern. 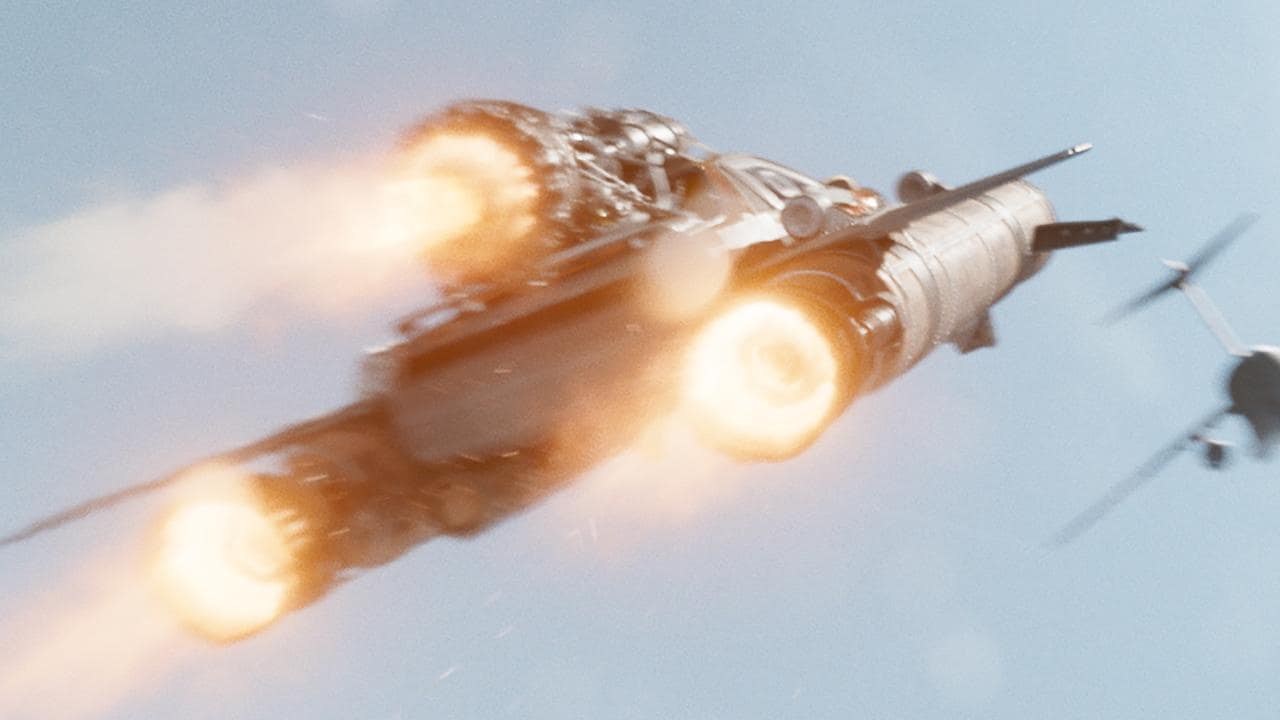 Thank goodness for the ongoing comic chemistry of Chris “Ludacris” Bridges and Tyrese Gibson as Tej and Roman. They are, indeed, the lucky two who make that trip to space, and since the trailers spared us any actual footage from that mission, it’s fair to not go into any further detail here. Their bickering provides some of the life the rest of the film cannot provide, and they also get closest to stepping outside the film to scrutinise its own ridiculousness. When Tej has survived yet another scrape with nary a scrape, he starts to wonder aloud if they are invincible, which is actually a pretty funny acknowledgement of what we’ve been watching lo these 20 years. The series certainly seems to be invincible, so see you back here in 2023 for Furious X.