"The problem with a movie featuring a fight between two characters with equal stature on the hero-villain spectrum is that one of them has to be the villain."

"It’s difficult to get past the basic silliness of the rapid-fire pseudo-scientific discussions in which characters talk in a straight-faced manner about Kong and Godzilla."

Remember when movies were big and loud and dumb and bad? You’ll get a real dose of the Before Times with Godzilla vs. Kong, the first real “shut your brain off” spectacle released to cinemas after the start of the pandemic a year ago. Wonder Woman 1984 might logically have broken that seal at Christmas, but whatever your experience of that movie was, at least it was going for something moderately cerebral. This is the type of experience for which the term “popcorn movie” was coined, a movie expected to have no further virtues than whatever thunder and lightning it can bring to the theatre. 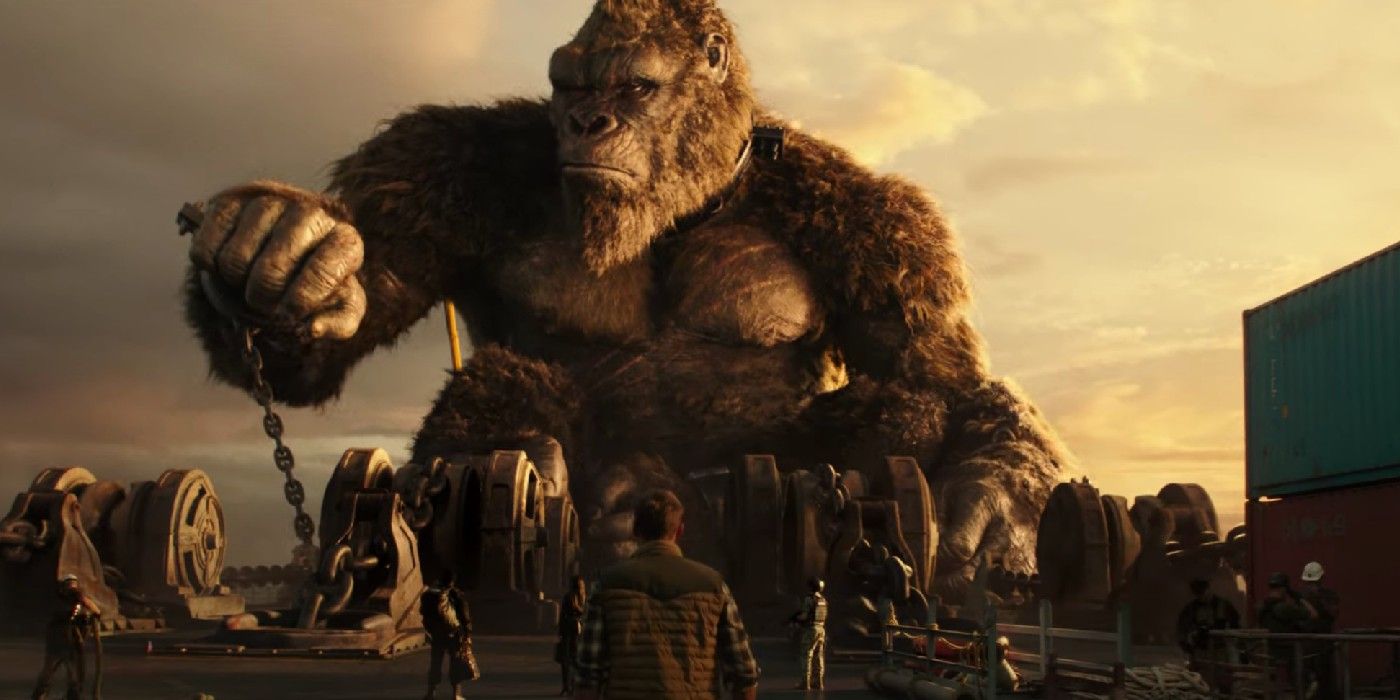 And thunder and lightning can be good. Take the previous adventure in the saga of King Kong, Kong: Skull Island, which had the sense to deliver us a grand-scale vision that was eccentric and sometimes quite funny, whether it happened on to that by careful planning or fortuitous mistake. The previous two Godzilla movies, on the other hand, have been much more stompy and quippy and chock full of stock disaster movie characters.

Unfortunately, Godzilla wins this particular battle. As more of a true sequel to Godzilla: King of the Monsters than Skull Island, a decision necessitated by the fact that Skull Island was set in the 1970s, Godzilla vs. Kong carries in with it those movies’ flaws, in addition to two returning characters. And while there’s a lot Millie Bobby Brown can do (and to a lesser extent, an under-utilised Kyle Chandler), she can’t through sheer force of charisma turn this into something more than a smash-em-up with bad dialogue.

The problem with a movie featuring a fight between two characters with equal stature on the hero-villain spectrum is that one of them has to be the villain. Kong has always been a solemn and empathetic figure going back to his cinematic origins in 1933, so Godzilla has to take that role, even if he was the hero of the last movie in which he and a bunch of oversized reptiles smashed a city. Of course, that can’t last. There’s got to be a worse villain on the horizon, and there certainly is, in the form of an evil tech company engineering a mechanised version of Godzilla, appropriately called Mechagodzilla. The scene where Kong and Godzilla inevitably reconcile is handled with humorous abruptness, as they sort of nod at each other in respect and decide to join sides, in a moment that kind of recalls the hilarious and infamous “My mother is named Martha too!” moment from Batman v. Superman: Dawn of Justice.

But we’re getting ahead of ourselves. Of course there’s plenty more plot. A team of scientists led by Rebecca Hall and her deaf and infinitely wise adopted daughter are taking Kong into captivity in order to save him from … something or other. It’s when they’re transporting him in chains that the fleet of ships is besieged by a surfacing Godzilla, who tears through the boats like tissue paper, to quote Sarris from Galaxy Quest. This is definitely the film’s best sequence, as it’s the most imaginative setting for a clash between these two freaks of nature. 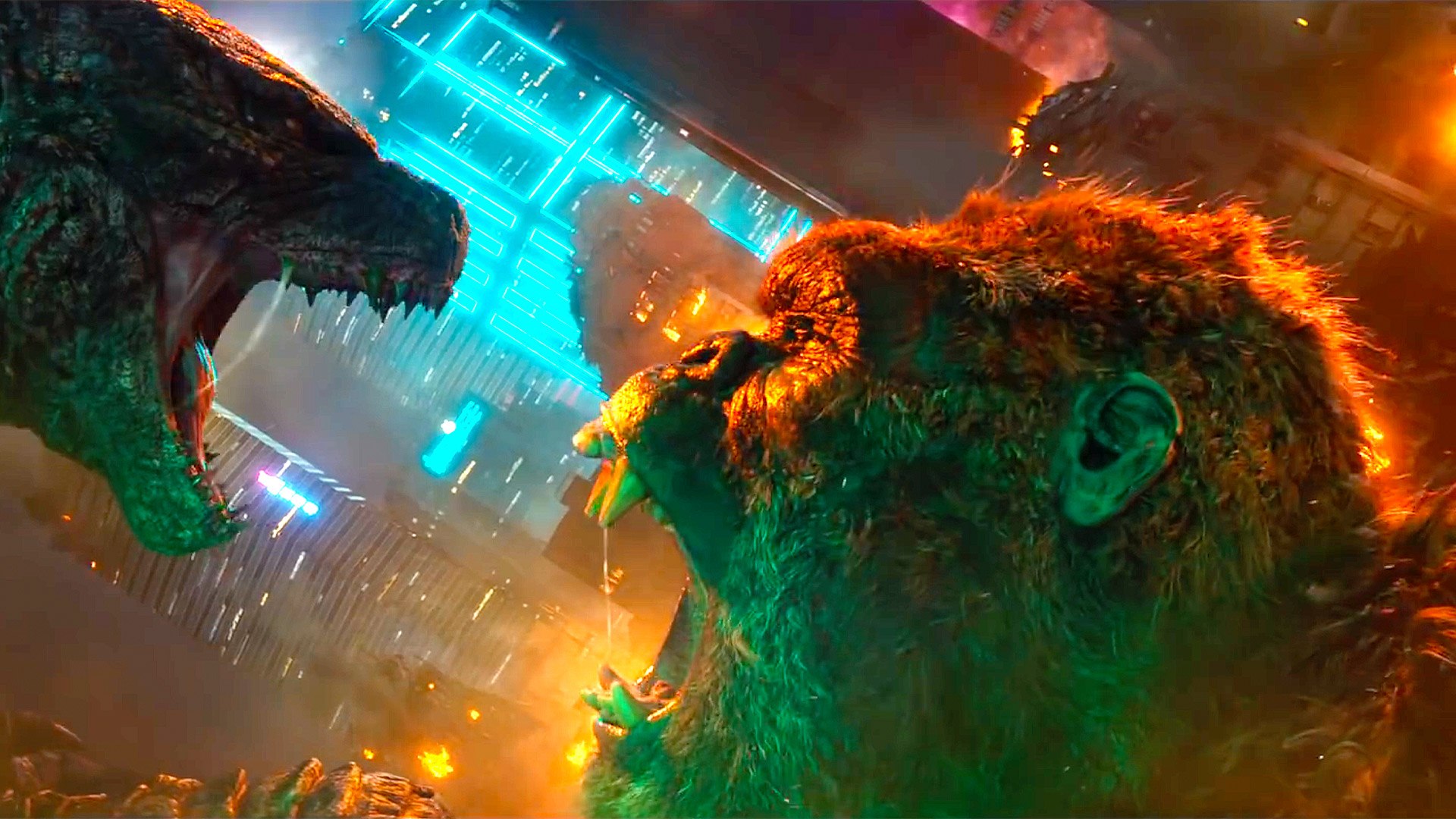 There’s also a plot about sending a crew down to what’s known as Hollow Earth, the middle of the planet that birthed these creatures, if you can solve the problem of instantly reversing gravitational pull at the planet’s core. That team is led by Alexander Skarsgard. Meanwhile, elsewhere on the planet – and dispiritingly far away from the action for almost the whole movie – are the team of ragtag nerds led by Brown and featuring Brian Tyree Henry and New Zealand’s Julian Dennison. They’re trying to crack the secrets of the tech company and are fuelled by all the scepticism of Henry’s conspiracy theory podcast.

None of this meshes, and it’s absurd most of the time. It’s not that this is a new aspect to these movies, but it’s difficult to get past the basic silliness of the rapid-fire pseudo-scientific discussions in which characters talk in a straight-faced manner about Kong and Godzilla. It’d seem preferable if they used generic terms like “the ape” or “the overgrown lizard,” because their so-called given names just sound ludicrous. It’d be better if this were one of those zombie movies where characters had never before seen a zombie and had to come up with some approximate term like “walkers.” Then again, I guess these characters have known about these titans for some time now; might as well name them.

There’s something to be said for some good old crash-bang-boom. But outside the sequence at sea, these are pretty standard city destruction scenes, excepting the fact that Kong uses a giant axe in one of them, rather comically. It’s hard to know why Godzilla and Kong have the moral high ground on Mechagodzilla. They must know that they destroy cities in a “saving people way” while he destroys them in a “killing people way.”

Horror director Adam Wingard was chosen to helm this particular go-around, an apparently savvy choice that pays zero dividends. Squint though you might, you won’t see Wingard’s previous incarnation informing any of his choices here, as a thousand studio notes and cutting edge but generic CGI have a way of turning any distinctive vision into a sort of indistinct gruel. There’s one set piece that does give a fond memory of our dearly departed Skull Island. In a scene in Hollow Earth, Kong does battle with some kind of winged serpent eager to tear a chunk of his face off. Kong gets the better of this creature, of course, and finishes with a triumphant ripping of the creature’s head from its shoulders, sucking some sweet juices and veiny material from the gaping neck hole, and discarding the spent skull on the ground as he bounds away. It recalls the moment in Skull Island when Kong eats an octopus that’s almost as big as he is, its tentacles still worming around as he slurps them down. A couple such chuckle-worthy moments could have really relieved the monotony of these empty fireworks.