"A film with this sort of tonal confusion should be a failure. House of Gucci somehow makes it work, if not resulting in a great 158-minute epic, then at least a watchable one that is never boring."

"The surprise might be that the film is clearly trying to be funny, since Scott doesn’t have much of a sense of humour – never has."

For a film about family, it’s appropriate that Ridley Scott’s new movie should be kissing cousins with another recent entry in his filmography. Both House of Gucci and 2017’s All the Money in the World are European-set crime stories based on real events that started in the 1970s, involving rich and powerful families whose five-letter last names start with G. There, Kevin Spacey’s J. Paul Getty was replaced by Christopher Plummer two months before the film’s release, all his scenes reshot in a way that not only salvaged the film, but earned Plummer an Oscar nomination. Here, Jared Leto is replaced by a man wearing an impressive amount of latex and a bald cap, spouting a ludicrous Italian accent. No Oscar nominations will be forthcoming. 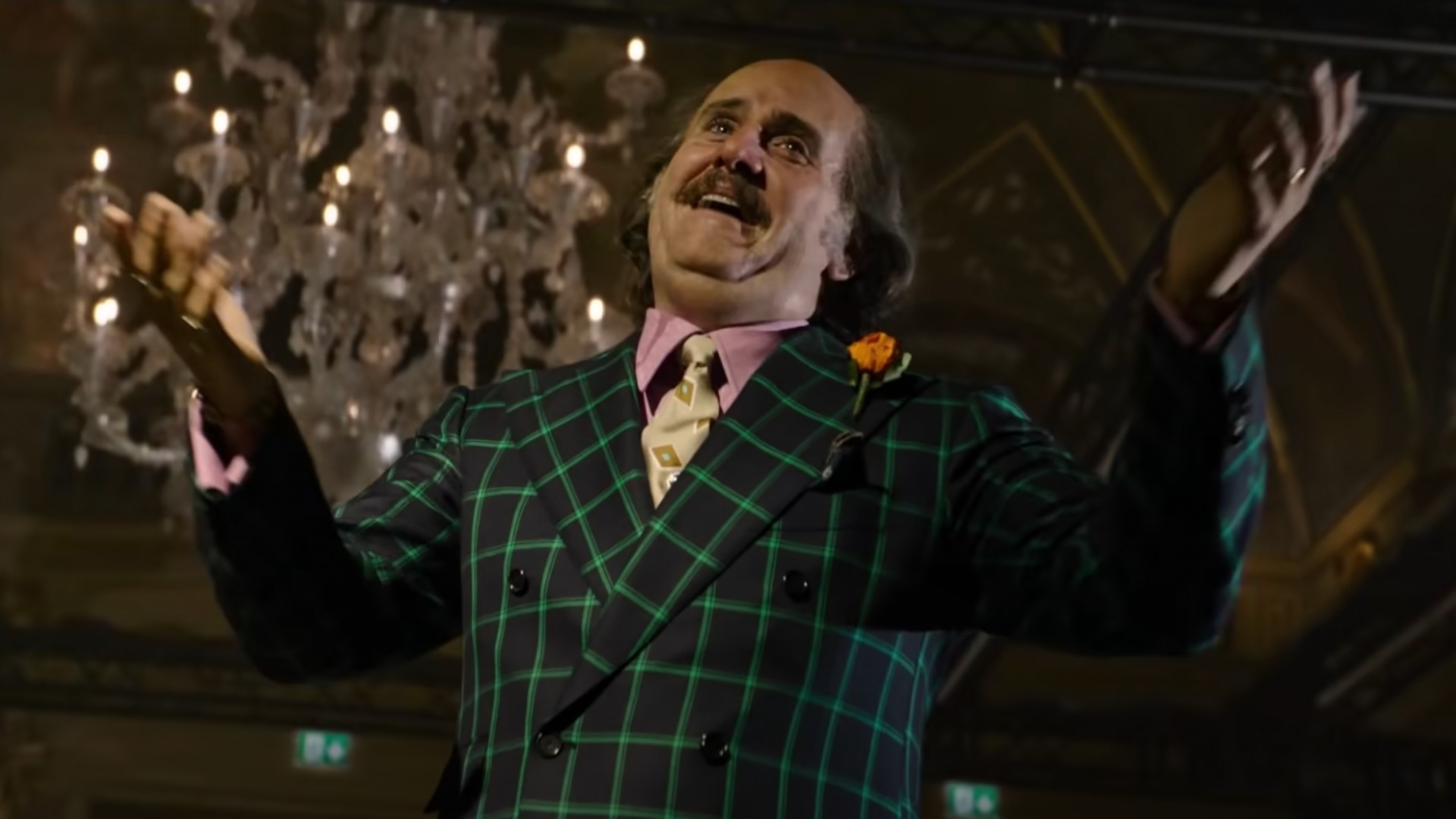 Leto’s characterisation of Paolo Gucci gets at an important tonal difference between the two films, which is that Scott and his collaborators have chosen to envision the Gucci family infighting as the stuff of comedy. Rather, when tones mix as they do here, the only choice is to assign the film to the broadest possible of the applicable genres. Maybe the other actors took their cues from Leto and it bled over into other creative decisions, such as the silly needle drops of songs that are not always appropriate to the era or the events occurring on screen. Or maybe the performances that are not in that register are trying to rein Leto in. Infighting among the cast and crew would also be thematically appropriate for House of Gucci.

Either way, a film with this sort of tonal confusion should be a failure. House of Gucci somehow makes it work, if not resulting in a great 158-minute epic, then at least a watchable one that is never boring. It’s a stalwart cast, perhaps not always giving their best performances, but in some cases delivering really great ones. The era is recreated with great fealty to historical accuracy, even if one of the criticisms levelled against the film is the historical accuracy of what actually happened with this family.

The first Gucci introduced to us is Maurizio (Adam Driver), the gangly and bespectacled heir apparent to the fashion empire. It’s 1978, and Maurizio is fumbling his way through Milan, not very much inclined to receive the baton his ailing father Rodolfo (Jeremy Irons) is trying to hand him. Soon he meets a woman with a lot more purpose, Patrizia Reggiani (Lady Gaga), whom Rodolfo immediately sizes up as a gold digger. He’s right of course, but the naïve Maurizio only notices the free-spirited woman who throws herself at him at a party, intent on marrying into the wealthy family. She succeeds, leading Rodolfo to cut off his son. Maurizio takes a job at Patrizia’s father’s ground transportation company, that industry being another wedge between Rodolfo and his son, suggesting to Rodolfo both a woman of a lower class than his son, and one with possible mafia connections.

Rodolfo’s brother Aldo (Al Pacino) takes an interest in Maurizio after Rodolfo abandons him. He’s disappointed with his own son Paolo (Leto), and sees a value in strengthening family interest in its own company. He invites Maurizio and Patrizia to come to New York to take a greater stake in the business, and since Maurizio is the type of man whose objections can be worn down, he reluctantly agrees. Aldo is perhaps too successful in this, as the sweet and naïve Maurizio is steadily transformed into a shark, his wife also whispering in his ear like a modern-day Lady Macbeth. Not that things are going well between them either, as she’s let her true colours shine through and will clearly do anything to keep her own share of the fortune she’s married into. 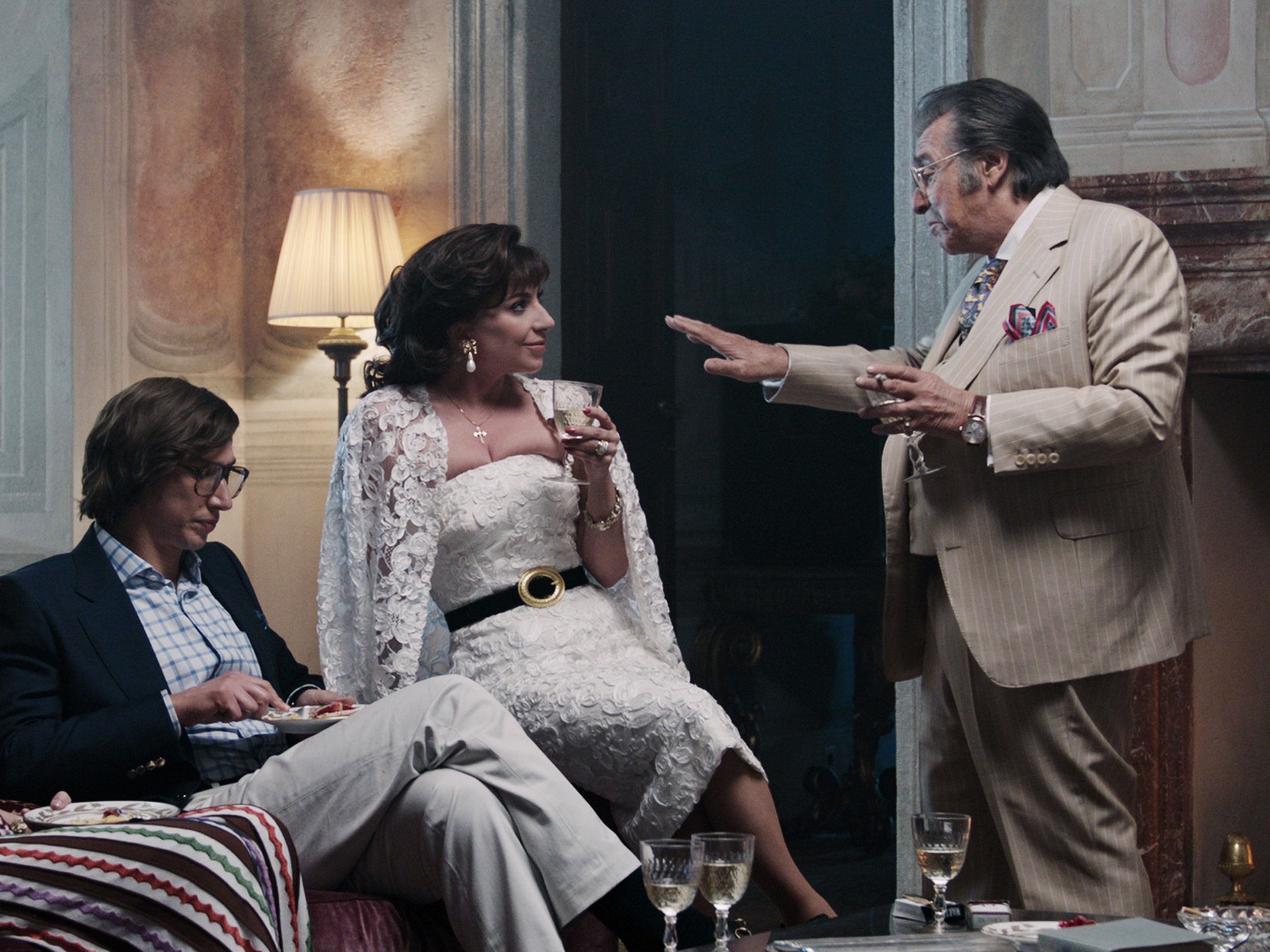 The twists and turns in this Gaga saga made for a successful 2001 book by Sara Gay Forden, with a title almost as long as this movie: The House of Gucci: A Sensational Story of Murder, Madness, Glamour and Greed. That it took 20 years to reach the big screen, given the truth in that subtitle, is a surprise. That it was Ridley Scott to eventually make the film is not a surprise, as he has gravitated toward sprawling epics throughout his career, whether they be in the antiquity of ancient history or of the last half century.

The surprise might be that the film is clearly trying to be funny, since Scott doesn’t have much of a sense of humour – never has. To characterise the tone as a total miss is inaccurate. Scott had to know what was going on here, as being in his early 80s does not mean he’s senile. In fact, his other 2021 film, The Last Duel (which also stars Driver), might be his best in more than a decade, with nary a joke to be found. 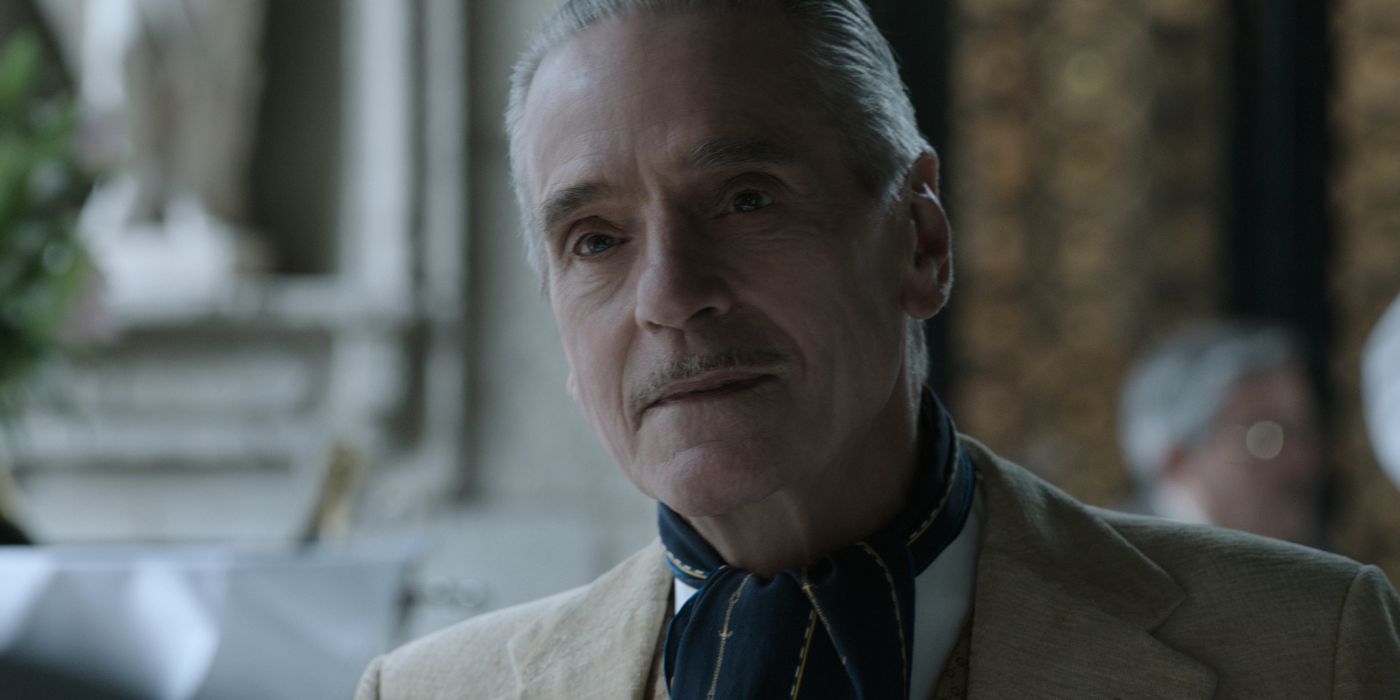 Outside of a performance from Leto that feels like a party trick – a borderline offensive one at that – Lady Gaga is probably the other key in helping determine this film’s core sensibility. In her case, the performance is modulated correctly, and it confirms the big-time acting chops she showed us in A Star is Born. She’s already gotten a Golden Globe nomination and Oscar could come courting in a couple weeks. Every ounce of Gaga’s charisma is on display in this performance. We believe Maurizio would fall for her because we fall for her – even though it is clear from her first moment on screen that she’s got an angle. Spunk has rarely been this enticing, and its transformation into crass determination and threatening behaviour is an equal joy.

Given some of the things that hold it back, it’s probably impossible that House of Gucci could ever be an unqualified success. Scott really excels at this sort of picture, though, treating us to the most luxurious corners of Italy and New York, not to mention travelogue-worthy ski getaways. It also has the benefit of not being easy to forget. All the Money in the World might already be completely forgotten four years later if not for the flap over Kevin Spacey and the film’s remarkable recovery from that flap. The flap in House of Gucci is entirely embedded within the text, and it’s damned entertaining even if it is not always good.

House of Gucci is currently playing in cinemas.