In the mood for lunch. 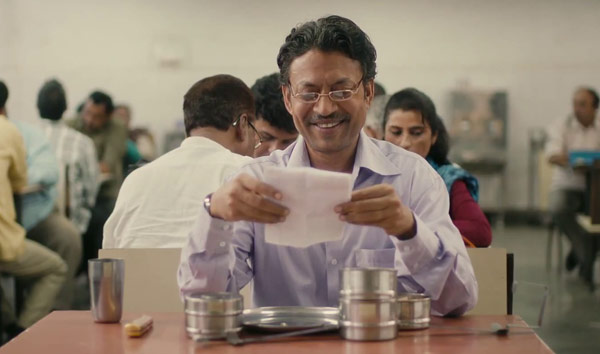 It’s a strange thing that inhibition in terms of familiarity can be so abandoned when immediate interaction between two people isn’t happening. The Internet is perhaps the most unfortunate example of this, a developing battleground of anonymous insults and contempt in which consequence for words is ostensibly non-existent. But lack of direct contact can also bring out receptiveness and honesty in a relationship thanks, to a certain degree, to the fact that personal fallout isn’t an issue.

Ritesh Batra’s The Lunchbox explores the idea of two people developing a friendship free of the inhibitions that come with ever actually meeting. Romance and friendship amidst mysterious correspondence is nothing new to cinema, having been a tweaked conceit of romantic comedies for decades, even as far back as Lubitsch’s 1940 film The Shop Around The Corner. In many ways, The Lunchbox adheres to fundamentally romantic comedy conventions, though it’s never particularly funny nor does it suffer from the same shallowness of spirit that plagues most average romantic comedies.

Ila (Nimrat Kaur) is a young housewife, troubled by the complete lack of attention shown to her by her husband, looking for ways to inject romance back into an empty marriage. She hears from a friend that food is the way to the heart and starts to put more effort into the lunches she sends to her husband at work through Mumbai’s astonishing ‘dabbawala’ system. The system, not exclusive to but most famous in Mumbai, involves a courier who picks up a home cooked lunch from a person’s home, brings the containers to their significant other at work and then collects and returns the container when lunch is over. This may not sound immediately impressive until you consider that between 175,000 and 200,000 lunch boxes are moved by 4,500 to 5,000 dabbawalas a day and that reportedly only one in six million mistaken deliveries are made. 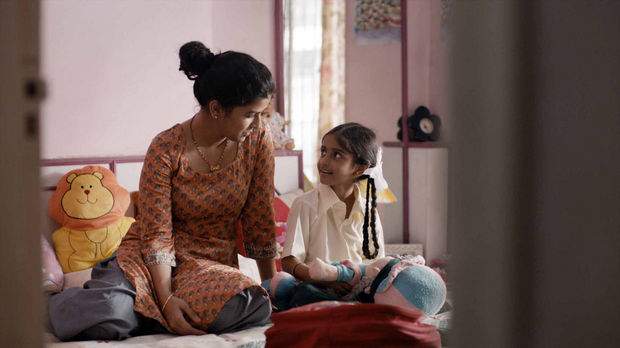 Through such a rare courier mix-up, Ila’s lunches are instead delivered to Saajan (Irrfan Kahn), a widower considered by his colleagues to be distant and rude, while Saajan’s own restaurant-made lunches are sent to Ila’s husband. The mistake is quickly realised by Ila when the lunchbox she prepared returns completely finished, a rarity for her unappreciative husband. She leaves a note in the lunch the next day and she and Saajan strike up a daily correspondence. As their relationship grows, Saajan becomes gradually more open to the friendship of a young colleague and more receptive to affection while Ila finds it increasingly difficult to repress the growing doubts regarding her marriage.

With a population almost reaching 12 million people, there’s something charming about the use of Mumbai as the setting for such an intimate story. At one point Saajan writes to Ila that he was offered a vertical burial plot for when he dies, such is the extent of India’s population, quipping ‘Now I’ll have to stand when I’m dead.’ The chaotically hustling lifestyles in The Lunchbox make it hard to imagine finding time for oneself let alone finding a person to connect with. The sense of irony of being lost while being totally surrounded isn’t lost on the film, but there’s a melancholy to it all.

Despite their physical distance, Ila and Saajan develop a deep emotional connection. It’s not so much of a sexual romance as it is the romance of companionship, in the same vein as Chow Mo-wan and Su Li-zhen’s unrealised courtship in Wong Kar Wai’s unforgettable In The Mood For Love. Considering that Ila and Saajan’s affiliation is actualised almost entirely through written letters, both actors manage to convey an astonishing amount of affection for one another. Much of this also has a lot to do with first time director’s delicate sense of filmmaking, Ritesh Batra having a natural sense of weight without excessive emphasis.

The Lunchbox is an alluring film that gently exploits our universal desire to connect with another on a genuinely meaningful level. Batra’s film also has the distinction of knowing exactly where to finish, a rarity in an era in which final acts are often the weakest part of cinema. There a beautiful warmth to The Lunchbox that lingers long after its over.