"Actors who try directing are presumably influenced by the directors they worked with most closely, most regularly, or during their formative years."

"Director of photography Christopher Blauvelt has given the whole thing a gritty look, with filters that recall old skateboarding videos."

Actors who try directing are presumably influenced by the directors they worked with most closely, most regularly, or during their formative years. If you made that assumption about Jonah Hill, you’d likely expect his directorial debut, Mid90s, to be something in the Judd Apatow vein, maybe a Superbad-style comedy reflecting on those aforementioned formative years. The thing is, Hill, a two-time Oscar nominee, is not really that guy anymore. His more recent collaborations have been with the likes of Cary Fukunaga and Martin Scorsese, and it seems that their sensibilities have more to do with the type of coming-of age-story he’s made here.

Comedy is, in fact, almost nowhere to be found in this look at a young kid who takes a shine to skateboarding, and to the other young skateboarders who hang around an LA skate shop. That kid, Stevie, is played by Sunny Suljic, a preternaturally small guy for his age (13), though he’s supposed to be a few years younger than the guys he’s hanging out with. In a bit of a free-flowing narrative, Hill documents Stevie’s indoctrination into this group and the skating lifestyle, which brushes up against partying and experimentation with drugs and sex. 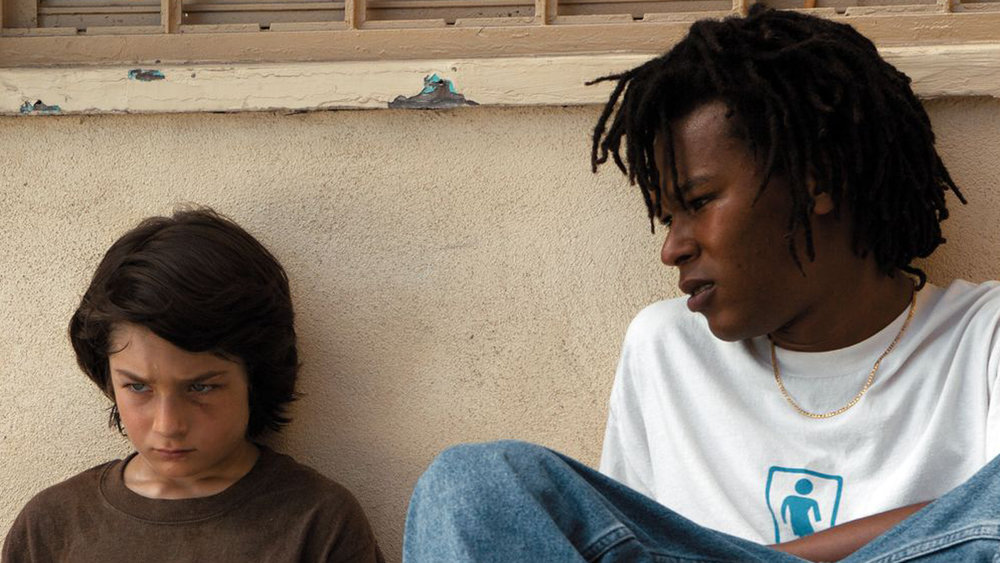 The others in the group are Ruben (Gio Galicia), a kid not that much older than Stevie; Ray (Na-kel Smith), the guy with the best chance of going pro; Fourth Grade (Ryder McLaughlin), a quiet kid with an easy smile but not much going on upstairs; and Fuckshit (Olan Prenatt), the group clown and Ray’s best friend. In fact, it’s in this last character nickname that we see the best encapsulation of Hill’s current sense of humour.

This section of the film skates by, as it were, on the ease of the interactions Hill captures between these characters, as well as his realistic look at the jealousy that rears its head when one guy seem to be assuming another’s role, or siphoning attention away from Ray. Mid90s also features a look at Stevie’s home life, featuring his mum, Dabney (Katherine Waterston), and the older brother who likes to beat him up, Ian (Lucas Hedges). It’s not as strong during these portions, as Hill never fleshes out the root cause of Ian’s anger toward Stevie or in general, but relies on it for the lion’s share of the film’s drama.

Director of photography Christopher Blauvelt has given the whole thing a gritty look, with filters that recall old skateboarding videos. Actual skateboarding is not particularly plentiful, as those scenes function more as background designed to lend flavour to the character dynamics. Outside of a few instances of trying too hard, as in those scenes in Stevie’s home life, the movie is notable for its laid back approach. It seems to lack a certain vision, but that’s not a criticism in this case.

Many filmmakers who went from one side of the camera to the other would be out to prove just how much showy technique they picked up over the years. Mid90s is almost anti-technique, as it present things in a straightforward, uncluttered fashion, leaving most of the work to the actors and the production design. This does feel like a film from its era, but casually so. 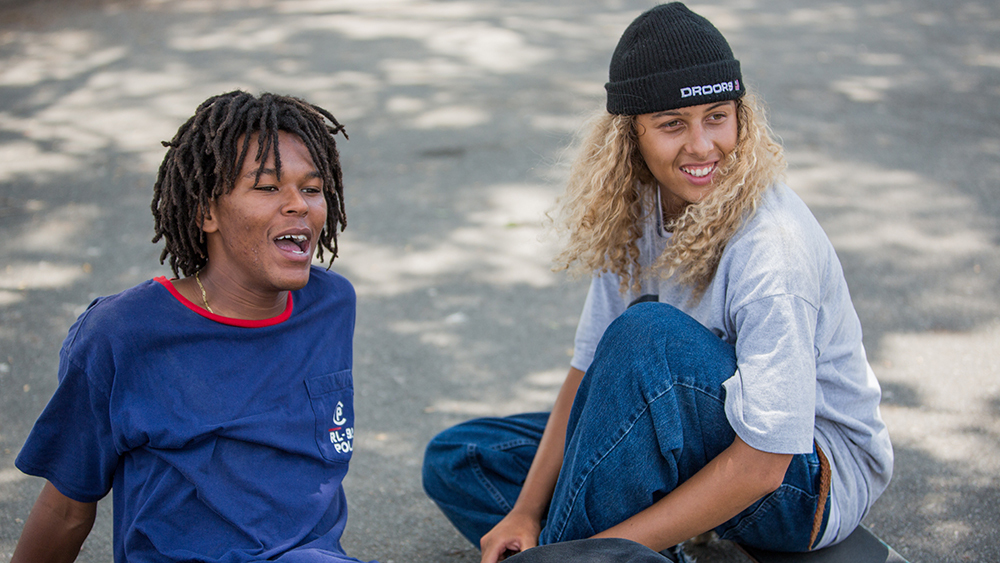 The film’s big strength is the thing that likely inspired Hill to write the script in the first place: the relationship between teen skateboarders hanging out. He both writes and captures this with commendable naturalism, and the actors are charismatic enough to make what could be banal conversations engaging. These guys are mostly actual skateboarders, including Suljic, though he’s had a bit more screen exposure, having appeared in Yorgos Lanthimos’ The Killing of a Sacred Deer. So Hill has managed to “keep it real” without sacrificing performance. Their camaraderie is something in which we become emotionally invested.

Mid90s is not an insubstantial film by any means, but it’s presented in such a breezy manner that it may not stick with a viewer long after it ends. If Hill had come at it in a different way, though, it might have been memorable for all the wrong reasons. Instead it shows a good sense of his abilities as a filmmaker while leaving us wanting more for his next trip behind the camera. He has a clear-eyed perspective on a period of his life without romanticising it, and without forcing it to make a bunch of overt, overworked statements. That kind of objectivity promises continued honesty in future efforts, and that’s a good place for a young filmmaker to be.