"The more I heard about how fascinating Elizabeth Sloane was, the less fascinating I found her."

"Miss Sloane can be very diverting but it's diversion built on nothing substantial beyond a superficial level."

A protagonist must be interesting and Jessica Chastain‘s Elizabeth Sloane is not. Sloane, the protagonist of John Madden’s Miss Sloane, is not interesting despite the insistence of every character around her that she is, and perhaps because of them insisting that she is. “How do someone think like that?” someone asks in regards to Sloane, after a particularly devious lobbying manoeuvre is pulled by the titular character. Have the filmmakers forgotten the old adage of ‘show, don’t tell?’ Or that a point is usually better made in film when the audience thinks they’re reaching the conclusion by themselves? The more I heard about how fascinating Elizabeth Sloane was, the less fascinating I found her.

Sloane is the most sought-after lobbyist in Washington D.C. She’s ruthless, obsessed with winning and pushes her waking hours to the limit by popping uppers. In a number of dreary monologues, Sloane verbalises her enthusiasm for coming first, and her actions support her words. Then, after laughing in the face of powerful gun lobbyist, Bob Sanford (Chuck Shamata), Sloane is offered employment by Rodolfo Schmidt (Mark Strong), the head of a gun-control advocacy group. Her political convictions are unclear, but Sloane agrees to the job. We follow her efforts, and the efforts of her team, to push through a controversial gun bill and the most interesting (and dispiriting) aspect of the film is how much civic nonsense has to occur to get the right thing done. 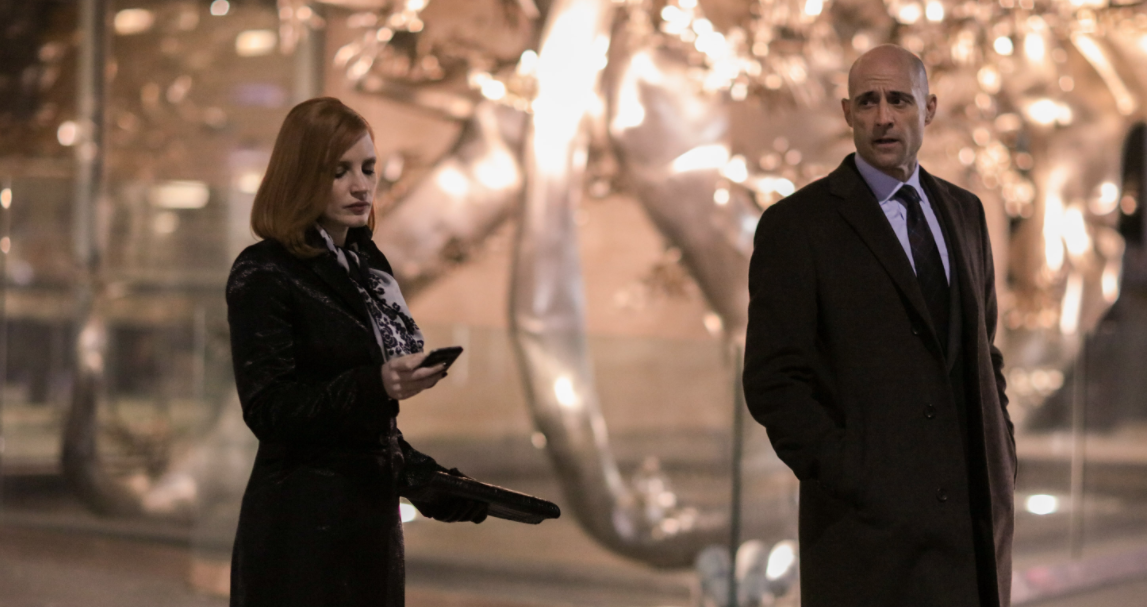 Some films want to be things. Some simply are things. John Madden’s Miss Sloane is the former. It wants to be a smart film. I’m using the word ‘smart’ here for lack of a better term, but you’ve seen films that want to be smart films before, and you know what I’m talking about. If Miss Sloane is a film that wants to be something, its dialogue wants to be written by Aaron Sorkin, except that it isn’t, so it sounds like dialogue that wishes it were written by Aaron Sorkin. The dialogue is a real issue. It’s exhausting, and it’s relentless and it never offers us any reason to care about anything much that’s going on, most notably Sloane herself.

There are too many shots of people digesting Sloane’s behaviour in disbelief. We understand. She’s brilliant and she’s callous and she’ll do anything it takes to win. Chastain doesn’t help. Sloane isn’t a real person. If there are people out there like Elizabeth Sloane, then they are caricatures of themselves. If Sloane had been more realistic then her virtuosic lobbying might have been very much more compelling.

Miss Sloane is one long deceptive magic trick, but it’s a bad one. It’s the sort of magic trick that loses a lot of its magic after the fact. It’s the sort of magic trick that grabs your attention with its left hand to distract you from the fact that the right isn’t doing much at all. These sort of movies work best when it feels like the people who make them are smarter than you. The people who made Miss Sloane may very well be much smarter than me, the movie doesn’t show it.

Miss Sloane can be very diverting but it’s diversion built on nothing substantial beyond a superficial level. I suspect that if one were to have a good think about Sloane’s individual ploys, and her grand scheme, her designs may begin to appear immensely less intricate and impressive. That’s the distraction part. Hey, look over here! And also, this person just did a smart thing, but don’t think about it too much because hey, look over here again! 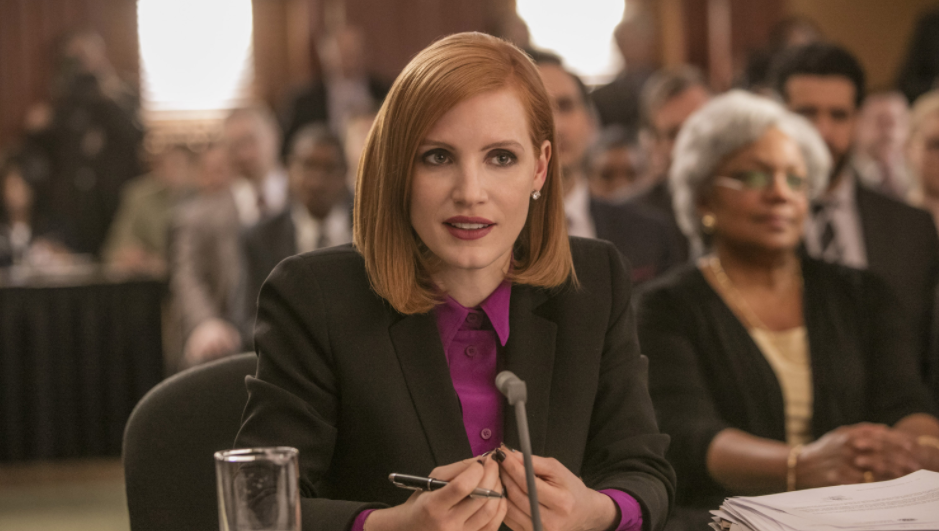 On a side note, I know very little about the escort business, for better or for worse, but what sort of high-end prostitute doesn’t understand or feels wounded when a client pretends not to recognise them in public?