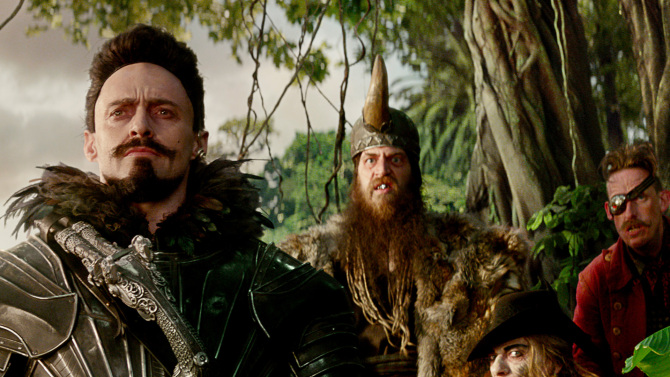 If every classic children’s story is destined to be re-imagined as a soulless CG spectacle, then Peter Pan’s turn has come. Twenty-four years after Steven Spielberg directed the depressing and chintzy Hook, Joe Wright brings us Pan, which is no less depressing and chintzy – in spite of all the digital bells and whistles, or perhaps because of them.

The film at least starts out in the realm of something familiar for the director who brought us such stately and well-received pictures as Pride & Prejudice, Atonement and Anna Karenina. London is being bombed during World War II, and two plucky orphans at an orphanage, denied their rations by malevolent nuns, ferret out a treasure trove of sweet treats and the hidden files that give information about their missing birth mothers. It’s a beginning that might put one in mind of The Chronicles of Narnia: The Lion, the Witch and the Wardrobe, which had an excellent London World War II opening before getting involved in a somewhat lacklustre but generally agreeable fantasy land just beyond the wardrobe doors. The fantasy land waiting for Peter (Levi Miller), however, is far more grim, even when it’s not trying to be. A crew of pirates in a flying ship, led by the flamboyant Blackbeard (Hugh Jackman), swoops in to carry some number of future “lost boys” off to Neverland, where they are immediately put to work in slave mines, searching for elusive deposits of pixie dust. When he’s walked off the plank in an intended execution – let that sink in for a moment – Peter discovers that instead of falling to his death, he can fly. This gets him the attention of both Blackbeard and his future nemesis, James Hook (Garrett Hedlund), who at this point is just a loveable rogue trying to make his own way in the world. Then something about a group of natives led by the requisite badass woman (Rooney Mara, looking embarrassed) who are protecting the lost fairy kingdom and its secrets from Blackbeard. Much joylessness ensues. 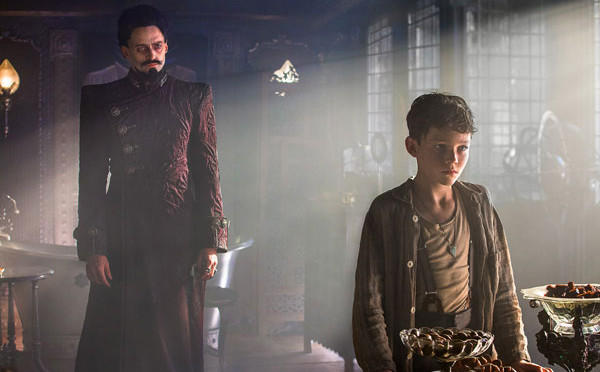 Oh, Pan. Where did you go so wrong? There was reason to hope that a director of Wright’s calibre would bring something unexpected to a story that’s been told to us many times – though perhaps not from this early in the histories of the characters – but Wright falls right in the line with a tradition of prestigious directors laid low by sub-par material. There is nothing distinguishing this from lesser, later Tim Burton, except for the fact that it might be even worse. The film is reminiscent of literally dozens of other films, only a few that we’ll name here. The slave mines are some combination of Immortan Joe’s rock fortress and Mola Ram’s child mines in Indiana Jones and the Temple of Doom, but wait, they’ve got an inexplicable touch of Baz Luhrmann to them. That’s right, the pirates and miners sing lyrics to both “Smells Like Teen Spirit” – used by Luhrmann in similarly anachronistic fashion in Moulin Rouge! – and the Ramones’ “Blitzkrieg Bop” as, I don’t now, fight songs or something. Then there’s the switch to the native village in the forest, which calls to mind the one populated by the Ewoks on Endor, or possibly the one populated by the Na’vi on Pandora. The film also has just enough of a steampunk mentality to get you thinking about disastrous misfires like Wild Wild West and Waterworld. 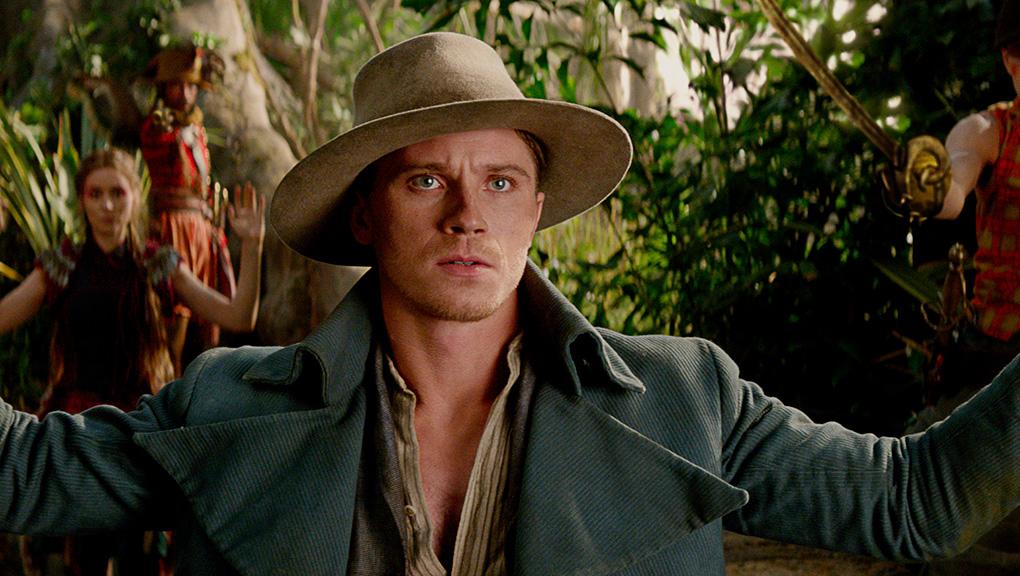 Some of this might get a pass if anyone was giving a performance worth anything. Jackman’s Blackbeard is something even Johnny Depp might have turned down, looking as much like a samurai as a pirate, cackling and sneering with a playbook of old villain traits that were hackneyed 40 years ago. Even worse is Hedlund as Hook, who has chosen to play the character as a cowboy version of Christian Slater doing his broadest Jimmy Stewart impersonation. It seems he’s only able to produce this strange and affected sound by cocking his head upward at all times. Oh, and if you’re looking for other cinematic comparisons, he has pretty much the same character arc as Han Solo in the original Star Wars, with even the same Princess Leia-style antagonistic flirting with Mara’s Tiger Lily. Mara is perhaps the saddest casualty of Pan, as she is an actress who has picked almost exclusively smart material with which to associate herself. That streak ends here. Levi Miller as the young Peter probably comes off best by virtue of just being generic and forgettable.

But perhaps the most dispiriting aspect of Pan is just how uninspired its story is. Jason Fuchs’ script has chosen to make this just another tale of a “prophecy” that tells of a “chosen one” – these terms are actually used repeatedly – who will lead an uprising against the forces of evil, all the while doubting that he is actually that person and can do the things expected of him. It’s also startlingly grown up for a film aimed at children. Remember that scene where Peter was meant to fall hundreds of metres off a plank to his death? Yeah, that actually happens to another child moments before that. When various natives are later killed by the pirates, they at least have the decency to perish by exploding into great poofs of what looks like coloured printer ink. If you expect this film to end in a preposterous and confusing, Marvel-style climactic battle scene, congratulations, you’ve figured out the surprises Pan has in store for you. All zero of them.