One could argue that reviews of a film such as Brad Peyton Rampage are somewhat redundant. It’s not a flawless assertion yet it is a bit of a thankless task, sitting down to right a substantial review about a film that is as transparent in its simplicity and nonsense as Rampage is. You don’t need a review to tell you whether you will enjoy a film like Rampage. If you like films like Rampage, then your ticket is already bought, metaphorically or otherwise.

With a lot of these films, and by that I mean films in which the entire appeal revolves around destruction on an enormous scale, the only question that remains ambiguous is how bad everything other than the destruction is. That’s the dialogue, the characters, the plot…anything that a film’s worth is usually judged by. There is little to no chance that these sorts of things will be good in a film like Rampage, rendering their assessment possible only on a scale of bad. 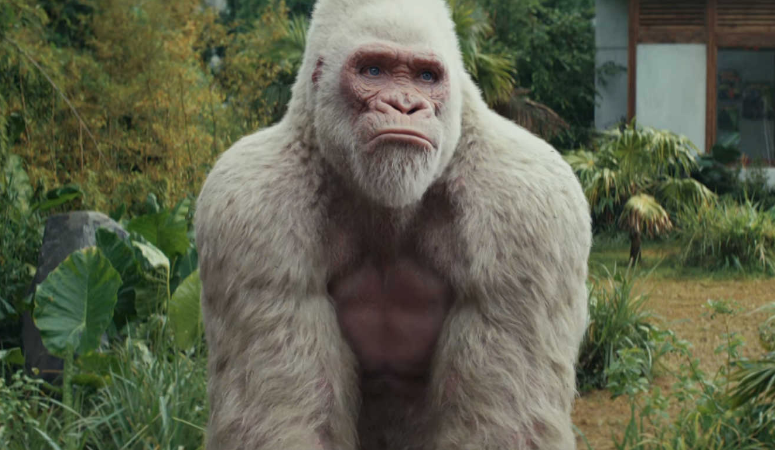 I feel the need to admit that I have a persuasive soft spot for movies in this vein. The last Brad Peyton film that I watched was San Andreas, which is undoubtedly one of these sort of films. I gave that film a favourable score, despite it falling on the very bad end of the bad scale when it came to elements such as dialogue, character, plot, etc. I try to take in each film for what it is. If you’re going along to a film like Rampage or San Andreas, the importance of plot diminishes while the importance of destruction increases. That was a film that knew how to destroy.

It’s a balancing act. Rampage also knows how to destroy although not nearly as well as San Andreas did. While San Andreas did it well and often enough to render any misgivings I had about those bad scale elements void, Rampage suffocates from its nonsense rather than overcomes it.

This is a movie in which a 30-foot wolf is crossbred with spider, bat, and bug and who knows what else DNA while Dwayne Johnson plays a Special Forces soldier-turned-primatologist. Peyton’s destructive mind needed to work harder than it clearly has to make me forget any of what I just wrote.

Peyton’s film is based on an old arcade video game. I am familiar with the game in name and reputation only, so I cannot speak for whatever plot it may have, although the impression that I get is that narrative is overlooked in the name of trusty old video game destruction. Considering the contemporary expectation of a quality video game movie, which has still not arrived, in some ways, Rampage is a refreshingly candid film. In many other ways, it is a very bad one. 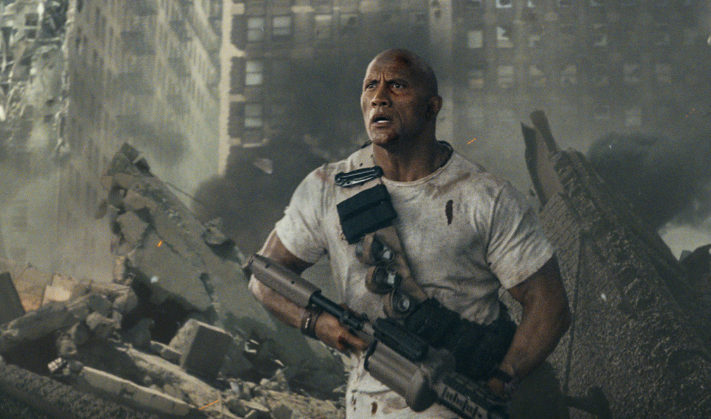 The appeal of demolition is a curious one. It extends far into our culture beyond cinema but in films it enjoyed an upswing when the growth of computer generated imagery enabled directors to produce any image on film that they could conjure up in their mind. All Rampage wants to be is a big, dumb, fun, film about a trio of giant monsters who destroy a city. Unfortunately, low ambitions beget low results, so that is really all it ends up being, minus the fun.

I would like to see Dwayne Johnson attach himself to more interesting movies than this. He specialises in films like Rampage, but I’m inclined to believe he has more to offer than fuelling an increasing trend in decreasing brain cells. The man has a genuine film presence, but it’s not the type of brand presence that he thinks it is. Besides, there are only so many times that he can keep playing the same character, even if that character is franchise hopping.