"The most insidious thing about Red Notice is that it is also entertaining."

"Twenty twenty-one has been overburdened by the delayed popcorn flicks that were supposed to come out in 2020, and it’s starting to wear on us."

Red flags accompany the latest star-studded action comedy debuting on Netflix, and the future of cinema is officially on notice. Title puns in a review are a cardinal sin – unless it’s in the headline – but a film like Red Notice invites that sort of lowest common denominator engagement with the material. If the immediate streaming availability of the second straight movie from arguably Hollywood’s biggest star, Dwayne Johnson, weren’t an alarming enough bellwether of the industry’s health, then what about the fact that the movie itself is a collection of lame heist movie tropes and limp pop culture patter? 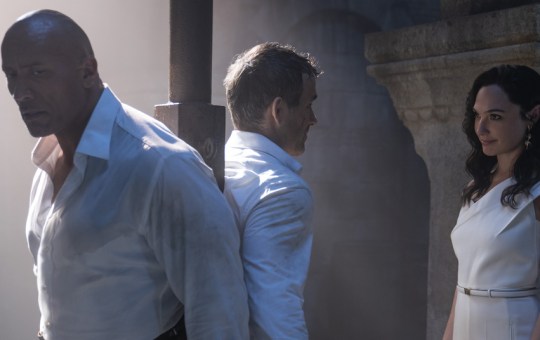 The most insidious thing about Red Notice is that it is also entertaining. It’s constructed with maximum entertainment value in mind, so it’s impossible to resist it entirely. That’s especially the case given the two stars who make up the bread in the Rock sandwich, Ryan Reynolds and Gal Gadot, who are also among Hollywood’s most sought-after assets. The can’t miss trio misses, though, and it’s not the fault of their charisma. It’s the fault of the weak script that tries to wring life from a worn-out scenario, one so derivative that Reynolds’ character even whistles the Raiders of the Lost Ark theme at one point, just to let us know they know what they’re ripping off.

This heist movie is an equal opportunity thief, and is pretty transparent about it. The whistled shout-out to John Williams comes just a few moments before special agent John Hartley (Johnson) and art thief Nolan Booth (Reynolds) enter a hidden chamber full of stolen Nazi artefacts, most of which are in a row of seemingly endless wooden crates. Too bad movies can’t sue other movies for plagiarism the way musicians can sue other musicians. The film also involves the MacGuffin of Booth’s father’s watch, so naturally at one point Reynolds has to name-check Pulp Fiction. There’s nothing Tarantino about the movie, as its PG violence involves only one or two verified deaths, but almost every other movie in the “competing art thieves who may or may not be romancing and double crossing each other” genre is fair game.

Booth desperately wants to be the world’s #1 art thief, an assignation that I suppose can be determined from some sort of leader board hanging in INTERPOL offices. That title currently belongs to Sarah Black (Gadot), a.k.a. The Bishop, who is his primary competition for a trio of bejeweled eggs that Marc Antony once gifted to Cleopatra. Two of these eggs’ whereabouts are known, but the third remains a mystery – a mystery Booth may know something about, or he may just be bluffing.

Trailing the two as they breach various museum security systems and rich guy fortresses is Hartley, who also comes under suspicion as he is framed by The Bishop through a transfer of $8 million to an offshore account in his name. Unwitting partnerships abound, as Hartley and Booth are both thrown in the same cell in a Russian prison after INTERPOL captures them and extradites them to the least accommodating country in which they are wanted. Prison escapes, inexplicably financed trips to far-flung corners of the earth, and much terrible banter ensue. 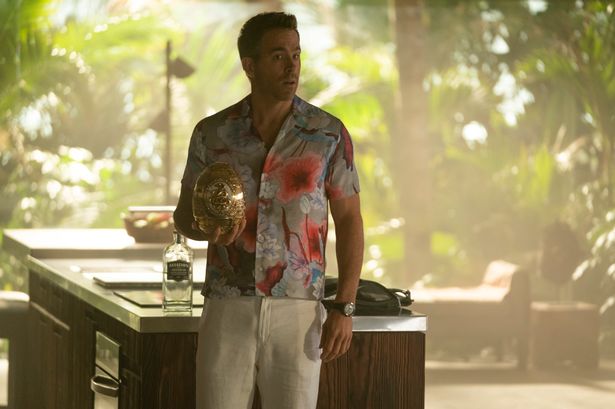 Red Notice is the type of movie that has been fun when it is has not felt so programmatic. Reynolds’ wisecracks, Johnson’s tough-guy charm and Gadot’s moustache-twirling femme fatale (if that’s not a logical contradiction) have all been enjoyable components of films that don’t promise more than to entertain us on a Friday night. Why does this one come across as so cynical, then?

It could just be an issue of timing. Twenty twenty-one has been overburdened by the delayed popcorn flicks that were supposed to come out in 2020, and it’s starting to wear on us. No one cinematic season was meant to accommodate so much similar material, and the tepid reception of Chloe Zhao’s Eternals may result from being the third of four Marvel movies released in a single six-month period. By offering up lesser ingredients beyond its A-list stars, Red Notice blends into other movies of its type in a way that just increases this feeling of saturation. 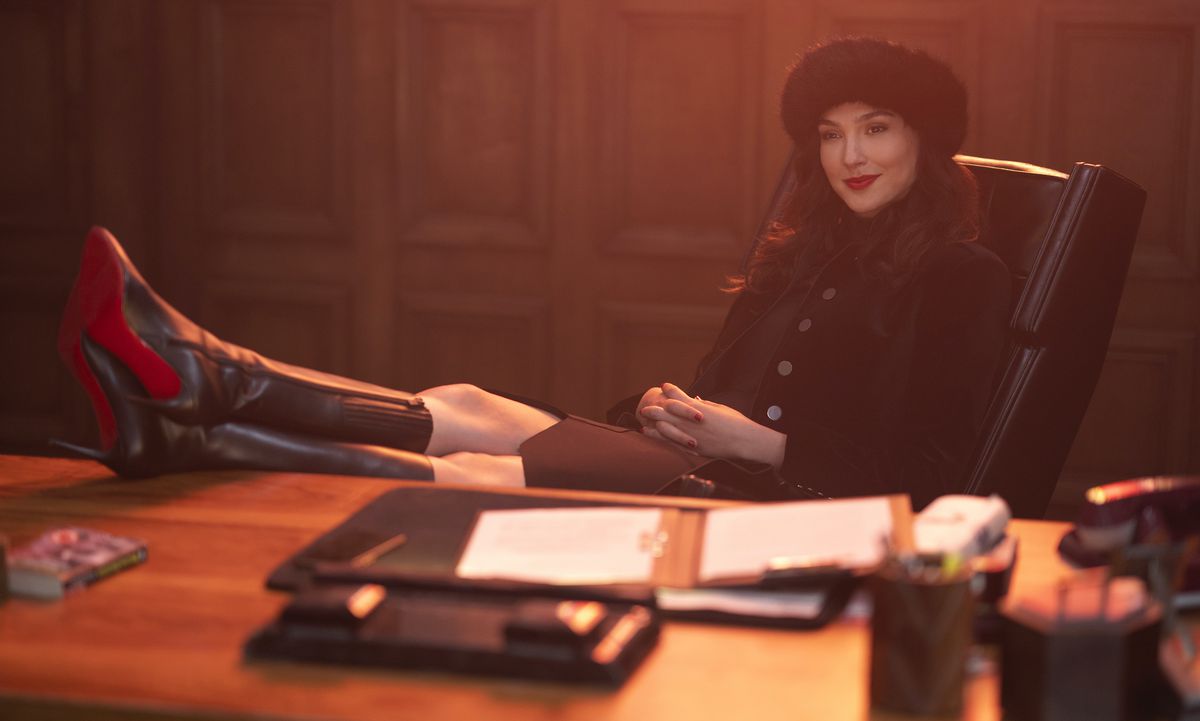 Timing alone can’t be responsible for more than about a single point on our ten-point rating scale, though. There’s also a saturation point reached with these actors, who are now in the … let’s see, carry the one … umpteenth version of the roles they play in this movie. Johnson’s probably never going to do another eccentric turn like he did in Richard Kelly’s Southland Tales, but he should at least be choosing roles that better draw out his instincts for comedy, such as the Jumanji movies. On the other hand, maybe Reynolds needs to put his shtick on the shelf for a little bit, as that too has been overworked in the wake of this winter’s Free Guy and countless other recent roles. Only Gadot offers a different take here – this character is nothing like Wonder Woman – but even the apparent relish she shows playing the role is not much of a win. In this case, it plays too little to her strengths, paradoxically enough. 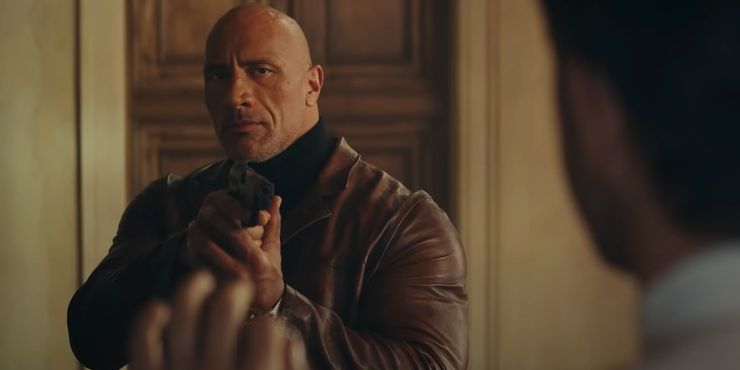 It’s tempting to catalogue the missteps in Red Notice, the moments that make you groan or roll your eyes, but you can imagine them without that itemised list. (Right up there, though, is a cameo appearance by Ed Sheeran, in which he whines about how famous he is because he appeared on Game of Thrones.) It’s really a holistic sense of disappointment that comes from Red Notice, since its individual components are all executed by director Rawson Marshall Thurber with competence and, yes, entertainment value. In this day and age, we require a lot more from a movie in one sense, and a lot less in another.