The future is not bright 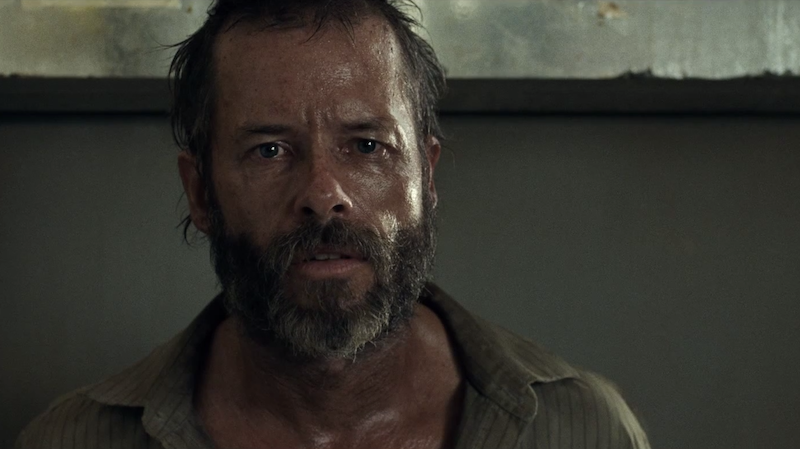 About three quarters of the way through David Michôd’s new film The Rover one of the central characters quips that “not everything has to be about something.” He’s certainly right – lack of meaning can often be rewarding. Style and efficient storytelling in art and film is sometimes enough to generate quality. There is however a degree of bittersweet irony to the comment considering that The Rover is essentially about nothing but ultimately amounts to a distinct sense of dissatisfaction.

After a global economic meltdown, the world has degenerated into a brutal world of loose laws and cheap lives. When his car is stolen by a group of criminals, hardened wanderer Eric (Guy Pierce) embarks on a journey to track the men down and recover his property. Fairly soon into the search Eric discovers Rey (Robert Pattinson), who has been left behind by the gang after being wounded at the robbery that led to the theft of Eric’s car. Eric takes the simple-minded youth hostage and forces him into helping apprehending the men and reclaiming the stolen vehicle.

There’s a dystopian charm to the Australian outback that has been attracting filmmakers for decades. Films such as Ted Kotcheff’s Wake In Fright or George Miller’s Mad Max revelled in the bleak nothingness that spans an enormous part of the island continent. Superficially The Rover shares many similarities with both films, particularly Miller’s. Roads span far into the horizon, inhabited by rage-fuelled drivers. Desperate men and woman are pushed to extremes to survive. But Michôd’s film has far more in common with the bleak work of Cormac McCarthy, austerity and grit permeating every scene. Unfortunately none of McCarthy’s depth of reflection is present here. There are vague concerns surrounding the idea of soul desolation of the characters that inhabit The Rover but, considering the film’s avid ambition, there’s a surprising hollowness to both the world and its occupants.

The environment that Michôd has created is one of the film’s true strengths, a nervous blend of the surreal and the real. This isn’t the bizarre future Outback of the Mad Max films nor is it the nightmarish hell of Kotcheff’s Wake In Fright. There’s something distinctly possible about the space Eric and Rey journey through, making it feel all the more palpable. Perhaps more significant is how Michôd makes us curious about the places we never see but only hear of, such as the cities. It’s an impressive feat of world building that the intrigue pushes far beyond the borders of the film. 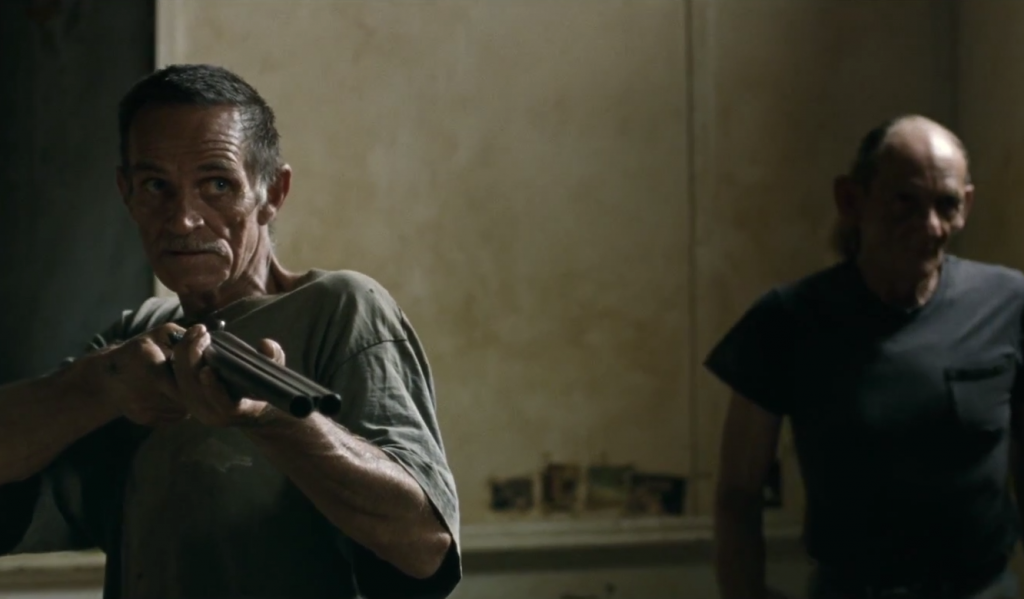 The Rover plays out like an old Spaghetti Western. Michôd’s outback is littered with lonely outposts populated by a cast with such an eccentric collective presence it’s difficult not to be reminded of Leone’s affection for outlandish looking extras. There’s a real and deliberate sense of repetition to the film. Eric and Rey travel from one settlement or station to the next, each visit punctuated by a raw violence that brings Eric closer to his inevitable goal. This repetition extends itself into Michôd’s dialogue, which is consciously but perhaps unnecessarily minimalistic. Eric in particular spends many exchanges either repeating himself or repeating what he’s just been told. This constant reiteration in dialogue and situation may perhaps be intended to stress the relentlessness of their circumstance but if it is a deliberate stylistic flourish it ultimately feels more like weak writing.

The idea of the poetic thug is something particularly prevalent in Australian crime cinema. Films such as The Proposition or even Michôd’s own debut feature Animal Kingdom embrace the idea of brutal characters with a real ingenuity for words. There is such lyricism to how the characters in The Rover speak but whereas in Animal Kingdom the melodious nature of the dialogue flowed naturally, there’s something distinctly forced about it here. Robert Pattinson is the most compelling presence, perhaps because his dimwitted Rey isn’t restrained by the peculiar dialogue. The film is certainly more lively any time it focuses on the character. Eric is less interesting, although it’s not so much the fault of Pierce and more that the character is a stale reiteration of silent, stoic antiheroes of cinema past. Eric doesn’t necessarily need to be a likeable character, but to carry such a stylistically sparse film he needed to be more intriguing to watch.

The Rover is a curiously incomplete second film from the director of Animal Kingdom. Whereas that film was lavished with stylistic flourishes that established Michôd as a natural storyteller, The Rover adopts a far more minimalistic approach. The issue is that this spartan attitude restricts a connection between the audience and the onscreen events rather than enhance the harshness of the world and its characters that Michôd seems to be trying to convey. The film suggests a cursory interest in existentialism but never really commits to exploring the characters or their situation, ultimately leading to the impression that there’s even less beneath the surface than there appears to be.