"Split is not a return to form for Shyamalan, a director who made an enormous impact with his third and fourth feature films before beginning an unexpected and bewildering decline, because it's not particularly good. "

"Split ought to have spent more time with each of Kevin's personalities and how they engage with one another..."

Despite the man’s slavish devotion to the plot twist )and his general synonymity with the device), the two great M. Night Shyamalan movies are great regardless of their surprise endings. Those are The Sixth Sense and Unbreakable. Both film work as genre-infused dramas long before their final acts amend a few narrative implications. They are films that inspire the unexpected from the ordinary, because their genre is imprecise. Split, Shyamalan’s latest film, doesn’t share the joyous meddling with expectations that his better works do, despite a central gimmick around which the narrative orbits. There’s never any doubt what kind of movie it is.

For a condition as rare as it is, Dissociative identity disorder (previously known as multiple personality disorder), has enjoyed a healthy degree of representation in popular cinema for decades. As one of the more ambiguous mental disorders – there is no definite consensus on diagnosis nor treatment, nor is there an empirically supported definition of “dissociation” – DID must be an appealingly malleable condition for filmmakers to manipulate to suit their dramatic needs. Although my knowledge of Dissociative identity disorder is limited to zero, I’m inclined to believe that’s exactly what M. Night Shyamalan has done with Split. 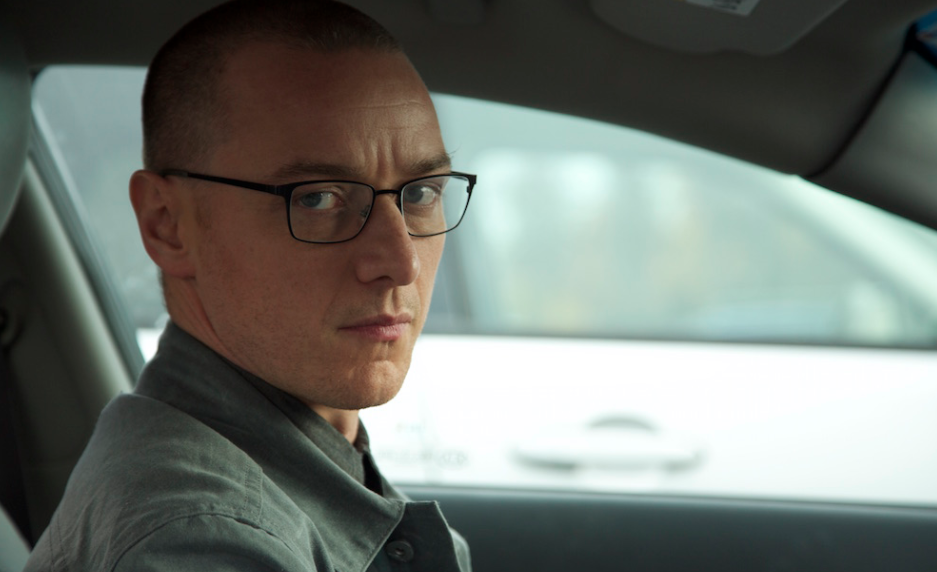 Split is not a return to form for Shyamalan, a director who made an enormous impact with his third and fourth feature films before beginning an unexpected and bewildering decline, because it’s not particularly good. It is a step in the right direction, because it’s enormously superior to most of Shyamalan’s work in the seventeen years since Unbreakable. The opening moments of Split are economic and effective. Three girls, two of whom are friends, the other who is a social outsider, are kidnapped by a mysterious man in the parking lot of a shopping mall. The horror works because it pervades the possible. There’s the same palpable sense of confidence that belied Shyamalan’s inexperience in The Sixth Sense.

Then Split degenerates into a film that we have seen many times before, involving captives trying to escape a captor, and all the vent crawling scenes that come with it. The crucial difference here is that the captor, Kevin (James McAvoy), suffers from DID, or at least M. Night Shyamalan’s interpretation of it. The girls, Claire (Haley Lu Richardson), Marcia (Jessica Sula) and Casey (Anya Taylor-Joy), are frightened and confused by Kevin’s transitional personalities. Kevin’s disorder, which might have been one of the more interesting parts of the film is a gimmick in Shyamalan’s hands. He’s more interested in placing emphasis on how odd and unsettling it is to see a man in woman’s clothing.

Splitting the villain into 23 also creates a problem of connection. Shyamalan allows McAvoy plenty of time to exhibit professional aptitude but his various personalities, including a cleanliness freak, a middle-aged woman and a nine-year-old boy, take control of Kevin so erratically that it takes a long time for it to become clear exactly what they want. There’s too much going on in Kevin and none of it is substantial enough for him to be an engaging character. Split ought to have spent more time with each of Kevin’s personalities and how they engage with one another, rather than exploiting them for the use of a lesser more generic film, which is what Shyamalan ultimately does.

Depicting mental illness in film is a tricky game and Shyamalan is guilty of misrepresenting schizophrenia in his last film, The Visit. Regardless of whether DID is misinterpreted (I have no idea) or embellished (it certainly is) in Split, Shyamalan has clearly not realised that his film might have been a far better one if that disorder had been a real focal point, rather than a superficial one.