Jesse Eisenberg is his own worst enemy 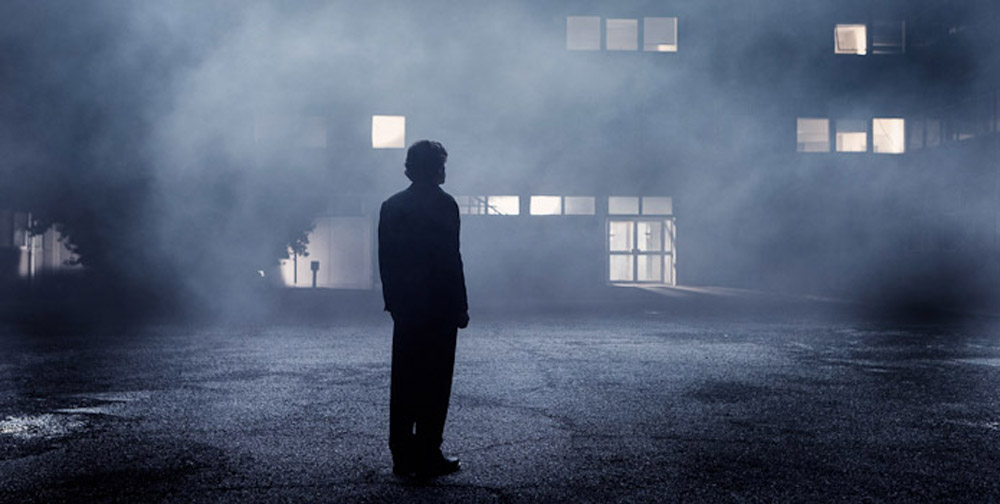 Philip K. Dick once said that the problem with introspection is that it has no end. There’s certainly a degree of Dick’s work in Richard Ayoade’s The Double, a film about a man who is plagued by the social superiority of an exact physical double of himself. Self-knowing and reflection has been permeating science fiction since its beginnings – so much so perhaps that it’s almost impossible to engage in the material without drawing comparisons to preceding work. The Double wears its influences on its sleeve, from Kafka to Lynch to Gilliam, but there’s a such confidence to the filmmaking that it never languishes in the referential. It is very much a remarkable film in its own right.

Simon (Jesse Eisenberg) is a meek clerk in a vague government agency who drifts through life, his presence unnoticeable to nearly everybody and everything around him. He is submissive to the point of seeming uncomfortable in his own skin. Simon’s interest in Hannah (Mia Wasikowska), a co-worker who lives in an adjacent apartment block, borders on creepy but clearly stems from a deep set loneliness. Despite having worked well at his job for over seven years, Simon’s efforts go entirely unnoticed by his superiors.

Simon’s life is shaken by the arrival of the self-assured James, the new employee at his work. James looks entirely identical to Simon, despite his contrary personality, although none of the other co-workers seem to notice the similarity. Simon is initially pleased that the confident James shows an interest in him, but his enthusiasm sours when his doppelgänger begins to use their likeness to his own personal advantage.

The film certainly shares common ground with the works of David Lynch and Terry Gilliam, but it feels like an extension of this distinct genre of filmmaking rather than an opaque homage. Ayoade’s articulation of the drab world in which Simon lives arguably exceeds the coherence of any setting Lynch or Gilliam have produced, particularly noteworthy considering how ambiguous it all still manages to be. It’s vague without ever veering into frustrating. It’s surreal but lucid. Ambiguity is a rare thing in contemporary cinema, so it’s worth wholeheartedly embracing when it does come about. 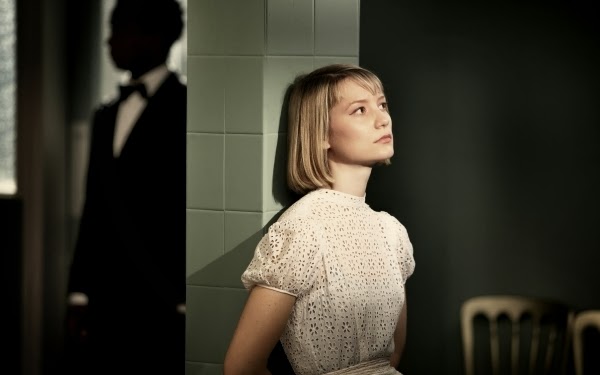 Visually, the film is astounding. Drawing on the works of German Expressionism, there’s a deliberately nightmarish quality to the film. There are countless shots that could have lingered longer, just to give us time to take it all in. Atmosphere is imperative in The Double, which is slow but since there is always something interesting to look at it is never dull. A heavy style can often result in a sense of disjointedness, but Ayoade maintains cohesion from one scene to the next.

Jesse Eisenberg’s capacity to convey the subtleties of both James and Simon is impressive. There’s something reminiscent in the nuance in Eisenberg’s performance of Viggo Mortensen’s Tom in A History of Violence, in which the central character became gradually more menacing in the most unnoticeable of ways. Other than dialogue there is little to immediately distinguish James and Simon and yet Eisenberg manages to express the distinction in an astonishingly understated fashion. Eisenberg is the perfect person for these duel roles – James and Simon seem almost a division of Eisenberg’s own on-screen persona, established by his portrayal of Mark Zuckerberg in The Social Network.

Whether James and Simon are one in the same is perhaps irrelevant. The film is not necessarily a musing on self. There’s an expectation throughout The Double that certain questions will be ultimately answered. Upon reflection, it’s entirely possible that questions weren’t even raised, and if they were the film doesn’t seem to know them. This is a strength. It’s only toward the end of The Double that that it becomes clear that we might have been watching existential horror, not philosophy. There may be no questions, let alone answers. The problem with introspection is that it has no end.