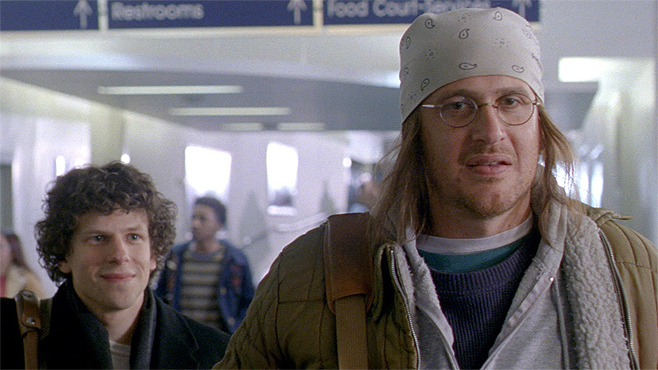 The End Of The Tour is about David Foster Wallace but it could have been about any famous person who isn’t content in success. Wallace doesn’t want what he’s got, even though it’s what he’s always wanted. David Lipsky wants everything that Wallace has and would be more at ease with it than Wallace could ever be, but he doesn’t have the talent to get there. Both men are uncomfortable in their own skin.

Wallace wrote Infinite Jest, a novel over one thousand pages long that was released in early 1996 and subsequently pushed Wallace into the centre of international literature. In 2005, the novel was included in TIME Magazines ‘Top 100 best English-language novels published since 1923’, which may denote quality but more crucially indicates the book’s cultural significant. Twelve years after the release of Infinite Jest, Wallace committed suicide.

None of this information is essential to enjoying The End Of The Tour, a film that uses a twelve day period over which Lipsky spent time interviewing Wallace to explore something more universal about human nature. Lipsky, a young Rolling Stones writer, is played by Jesse Eisenberg, who has built his career around playing characters that mask insecurity with steely intellect. Wallace is played by Jason Segel, whose previous work doesn’t indicate the possibility of such a powerful performance. Jason Segel is so good that you often forget that he’s Jason Segel, which is rare even amongst the very best of performers.

Wallace lives on the outskirts of Bloomington-Normal, Illinois, a part of America that feels American. He mentions struggling with the idea of America, but can’t quite separate his lifestyle from that idea. He’s suffered from depression and developed a degree of self-awareness that might have been necessary to deal with something so intense as depression, but it’s the sort of self-awareness that someone who wants to be self-aware has. He evaluates himself frankly but not honestly. Lipsky picks up on it. Wallace picks up on Lipsky’s idolatry and Lipsky’s interest in the end rather than the means. You might be able to recognise parts of yourself in both of them. 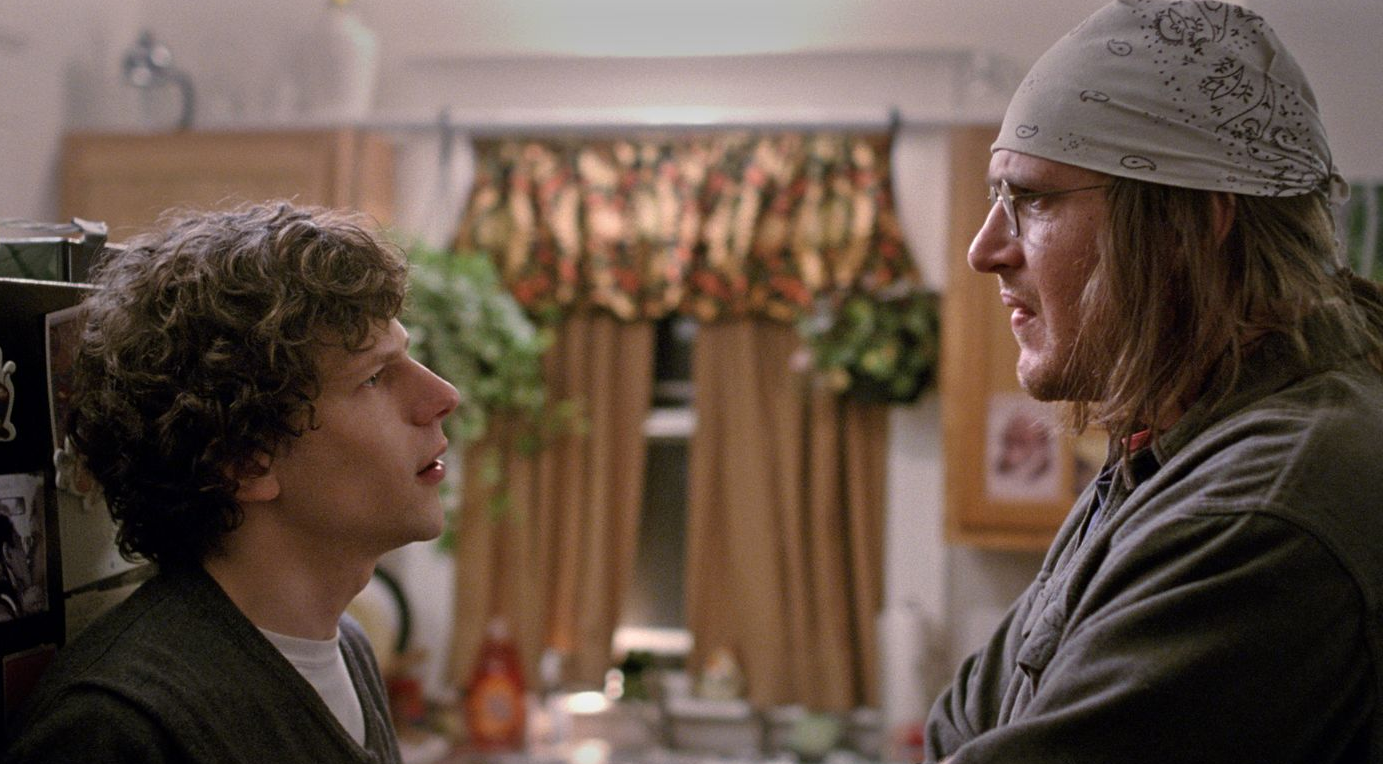 There’s something quite appropriate about staging a film of such ambiguous sentiment around an interview, a medium directed by the pursuit of truth. “I don’t want to appear in Rolling Stone as somebody who wants to be in Rolling Stone,” Wallace says. It’s probably true but it’s not as simple as that. The End Of The Tour isn’t trying to get to the bottom of Wallace, or Lipsky. Lipsky is someone who thinks they know themselves. Wallace accepts that desire of what you wish you were like and desire of what you are actually like are impossible to reconcile. Both men fight hard to maintain their public image. “I treasure my regular guy-ness,” Wallace admits, but he also knows that he’s not a regular guy. Regular guys don’t write Infinite Jest.

Fans of David Foster Wallace may find more to dislike about The End Of The Tour, because they’ll know more about him. But Pondsoldt’s film isn’t about Wallace, it’s about two guys that could have been anyone, trying to reconcile themselves with themselves. It’s the sort of film that provokes thought regarding your own life, values and self-awareness; something that certainly couldn’t be said about most films out in the cinemas right now.