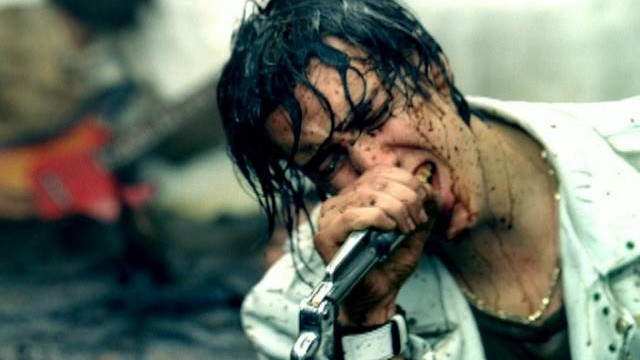 The Strokes’ You Only Live Once (dir. Samuel Bayer)

The Strokes is an awesome band, we all know that. What you might not have known is that the music video for their song ‘You Only Live Once’ was a response to people telling the band members that they’d die from smoking. Julian Casablancas, the lead singer of The Strokes, commented on the video saying, “People tell us all the time we’re gonna die from smoking, but you only live once.” Apparently, the idea is that the room is their lungs and the black shit is tar. The video is often perceived as a direct reference to the music video for The Rolling Stones’ ‘It’s Only Rock ‘n Roll (But I Like It), in which the band can be seen playing in a tent while it fills with bubbles.