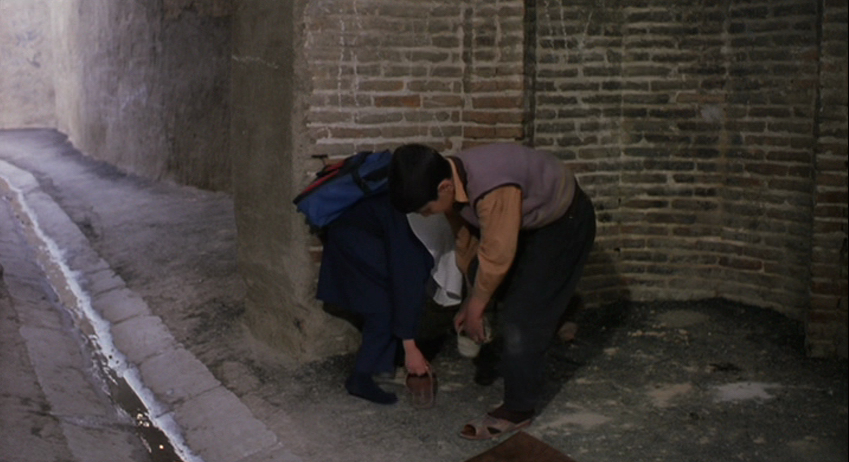 Dubbed by some as the most ‘artistic cinema’ in existence today, Iranian cinema has in recent decades emerged as a significant and influential voice in world cinema. Ever since the Islamic revolution of 1979 opened the floodgates of artistic expression, independent Iranian filmmakers have been fearlessly challenging storytelling conventions, experimenting with form and creating bold, genre bending narratives that chronicle their life and times, in all its delicious complexity. Moving away from the long tradition of melodrama that was dominant pre-revolution, these filmmakers have been unafraid to explore the inner dichotomies of a people living in these transformative times, within a volatile socio-political environment. Post-revolution Iranian filmmakers have been able to capture the relentless battle between personal and political identities in Iranian society, with a chutzpah that enlightens and entertains.

Abbas Kiarostami’s Ten is a celebration of technical simplicity and emotive brilliance. Shot with two cameras fixed inside a car, this film is centered around ten independent conversations between a Tehran taxi driver: the gorgeous Mania Akbari, who makes her acting debut in this film (and later went on to direct the sequel to this film 10 + 4) and a series of passengers including her demanding but endearing son, her sister, a friend, an old woman and a hitchhiking prostitute. The taxi-driver and her passengers talk of love, despair, loss of identity, beauty, defiance and so much more, in conversations that are seamlessly curated to sound spontaneous and organic. Kiarostami’s camera is ungenerous, giving us a glimpse of only a few of the passengers; choosing for most part to stay fixated on the driver. This can make the film a tedious watch for some, but for those of you who don’t mind a little auteurial indulgence, this is a cinematic experience you are unlikely to forget soon.

Between the parents and the 3 children, the Makhmalbaf family has produced some of the most spellbinding Iranian cinema of the last decade. Films from the Makhmalbaf House that have gone on to earn worldwide fame and critical acclaim are of course, Samira’s, The Black Apple, Blackboards, At Five in the Afternoon; Marzieh Meshkini’s, The Day I Became a Woman and Mohsen’s own poetic documentary, The Gardener.  However, Mohsen’s lesser known 2005 film, Sex and Philosophy, set in Tajikistan, is a film that polarized viewers and critics alike.

A poetic, ephemeral exploration of love, this is the story of a 40-year-old man who invites four of his former lovers to his dance class for one last tango, on his birthday. His mistresses meet each other for the first time and are confronted with questions about the concept of love and trust. The beautifully stylized musical sequences and the soulful, lingering camera of cinematographer extraordinaire, Ebrahim Ghafouri, work up a mesmerizing treat. A visual ode to love, longing and loneliness, this film will leave you wanting more.

From Rene Clement’s, Forbidden Games to Vittorio De Sica’s, Bicycle Thieves, some of the greatest filmmakers of our time, have depicted lives ravaged by poverty, through the prism of a child’s eyes. Majidi’s highly acclaimed Children of Heaven is Iranian neorealism at its finest.  Set in Majidi’s native Tehran, this is the innocent story of a brother and sister, Ali and Zahra, who are forced to share a single pair of shoes between them, after Ali has unwittingly lost his sister’s shoes.  Adventures abound as the two come up with unique ways to keep their secret. Full of poignant moments and effortless charm, this film is neither cryptic, nor dark and brooding, just a delightful watch right to the end.

The first Iranian film to win a Golden Bear, this 2011 gem is a fascinating drama that dives head first into the complex labyrinth that is the human mind. It is a compelling portrait of an unhappily married couple on the brink of their divorce. Lies, betrayal and the quest for justice are at the center of this conflict. But the film is as much about the couple as it is about their socio-political backdrop. Much of their personal choices are made for them by a nanny-state that is intrusive and overpowering.  An unflinching portrait of the class wars, crony capitalism and the political instability, plaguing the country today, A Separation is being seen as the birth of a new era in Iranian cinema.  It won the Academy Award for Best Foreign Language film in 2012.

The Sydney Film Festival line-up had a few gems this year but Shahram Mokhri’s, single-shot, dream-like film, Fish and Cat was one of the best. Shot in the eerie, surreal landscape of countryside Iran, this film tells the story of a group of young students who inadvertently set up camp by the woods, near a restaurant with a reputation for serving human flesh. What unfolds is a drama full of intrigue, horror and interwoven memories creating a metanarrative so complex that neither the characters nor the viewer can find an escape. And what’s more, the entire film is a single, 134-minute long shot! The film also has some outstanding camera work by Mahmud Kalari who filmed this with a Sony Nex-VG20, creating a tone in which the blood-reds look unsettlingly real. At once an exceptional piece of art and a work of precise engineering, this is a must-watch for all cinema aficionados.