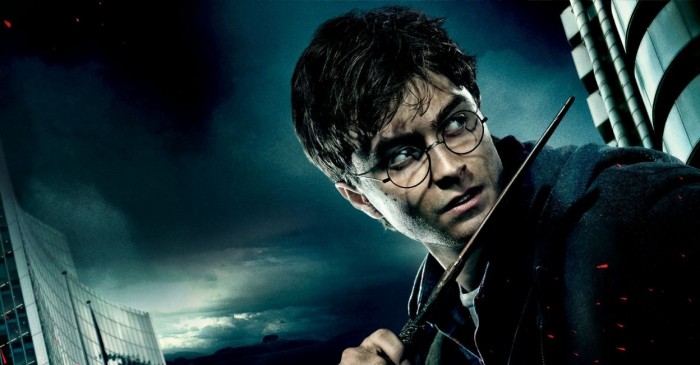 Okay class, settle down, settle down…CLASS, I SAID SETTLE DOWN. Now today we’re going to be talking about some very serious iss- Jeromy is that glue in your mouth? Take that glue out of your mouth this instant Jeromy! Now, as I was saying we will be discussing some very serious issues – OH FOR THE LOVE OF- THAT’S IT. TODAY IS GOING TO BE A HARRY POTTER LESSON. TAKE IT OR LEAVE IT CLASS, TAKE IT OR LEAVE IT. Harry Potter is one of the most loved series of all time. It is a beautiful example of writing, but that doesn’t mean it can’t suffer a little poking once in a while. I mean the whole thing is just riddled with that lovely, dry English that is begging to be taken out of context. Mostly, the result is sex oriented puns – but are you really too lowbrow for that? So please, settle down and prepare yourself for the top 10 Harry Potter lines to be taken out of context.

Ah, beautiful Mr Olivander and your lovely, lovely wands. But seriously, John Hurt does an absolutely chilling job as the owner of Ollivanders and maker of some pretty special wands. A little wand humour may go over the head of some, but I’m pretty sure in the day to day of the HP universe a good number of wand puns would be waved around.

9 | “’What did he do to you, Diddy?’ Aunt Pentunia said in a quavering voice, now sponging sick from the front of Dudley’s leather jacket. ‘Was it — was it you-know-what, darling? Did he use— his thing?’”

I like to think that in an alternate word, Harry Potter is a book about a serial flasher named Harry Potter who terrorises his neighbours in Little Whinging. He wears a trench coat, has a sparsely developed beard, and is only ever seen eating Supremo Cheese Doritos.

8 | “Harry snorted. He walked around the room again, looking anywhere but at Ron and Hermione. ‘So what have you two been doing if you’re not allowed in meetings?’ he demanded. ‘You said you’d been busy.”

7 | “My own brother Aberforth was prosecuted for practising inappropriate charms on a goat.”

He sure charmed that goat, if you know what I mean…heh heh..OH GOD I NEED AN ADULT.

6 | “But whether James really did take off Snape’s pants, Harry never found out.”

This obviously could mean something very different to its original context of Harry’s father James bullying Harry’s Potions Professor Severus Snape. What makes it different from the others? Why the historical flashback it involves, of course!

5 | “Tired of walking in on Harry, Hermione and Ron all over the school, Professor McGonagall had given them permission to use the empty Transfiguration classroom at lunchtimes.”

This joke contains a rather popular innuendo that Harry, Ron and Hermione were in fact engaging in..explicit activities..while spending their time at school together. If these characters lived half the lives dreamt up for them by fans, they would have seen some things far more troubling then what Voldemort threw at them..

Ah, the classic Uranus line. Though I’m pretty sure it was supposed to make the joke, this line is still truly excellent. I dread the day I’m too old for a good Uranus pun; I think it will mean I’ve become an adult. The horror.

2 | “Harry, however, had never been less interested in Quidditch; he was rapidly becoming obsessed with Draco Malfoy.”

A world in which Harry Potter casts aside his hatred and instead falls in love with enemy Draco Malfoy is a world I want to live in.

1 | “Sometimes you remind me a lot of James. He called it my ‘furry little problem’ in company. Many people were under the impression that I owned a badly behaved rabbit.”

Remus, I certainly hope you worked out that ‘furry little problem’ of yours, and didn’t spread it to the other students! But seriously, even in the world of Harry Potter I highly doubt that your fellow students would have accepted the possibility of you owning a pet rabbit. At least you’ll know now why everyone was giving you those funny looks from a distance. Ew.