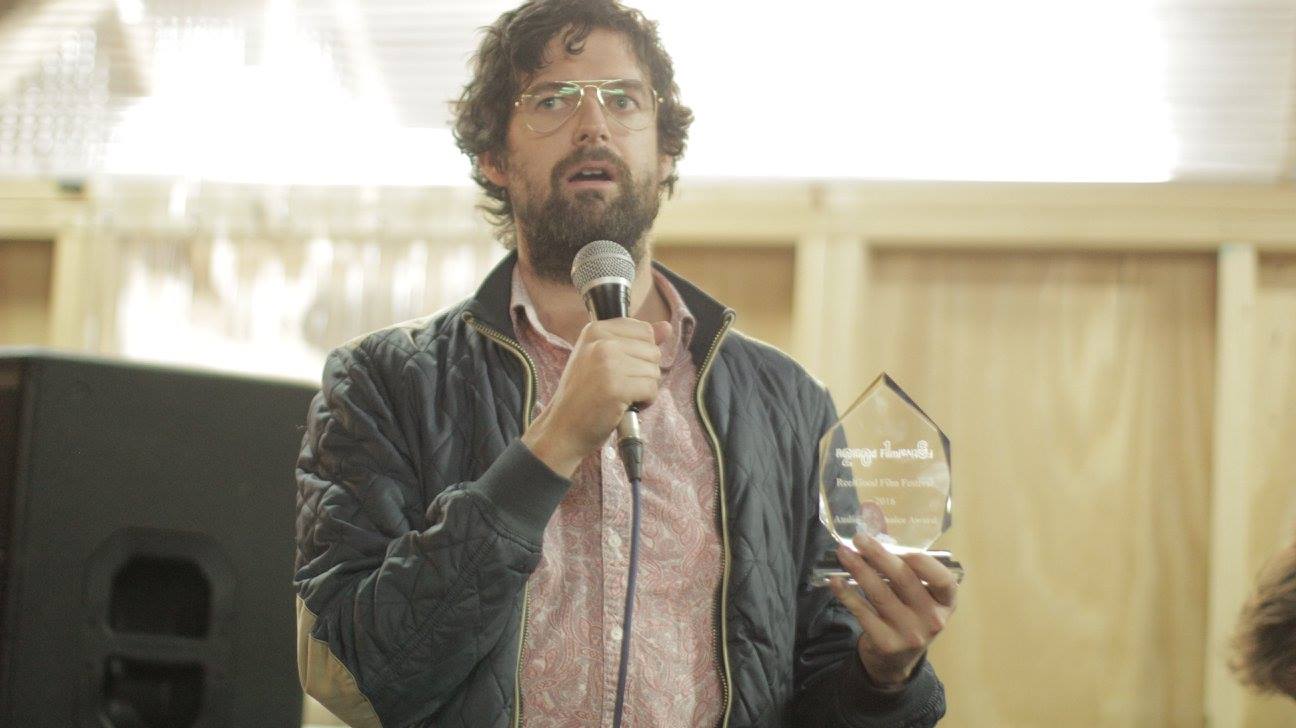 It was really about working out what art form suited me best, and from there where I fitted in the industry. I was involved in theatre for years – as an actor, then a director, then a writer. I got into stand-up comedy, then radio, then acting in TV and film. I had many great experiences in live performances over the years but I realised I had little to show for them, other than some memories and reviews and the like. That is what really made me turn my mind to TV and film. I wanted something that I could keep. I studied a Master of Screenwriting at the Victorian College of the Arts, where I had the intention of writing a bold and groundbreaking Australian comedy along the lines of Arrested Development or The Office. But as I learnt more about the industry I worked out that something that niche would never fly in Australia, because the market is too small and the industry is too conservative and too many in number. I was also learning more about film at the VCA, particularly classic auteur film. My tastes began to change. I had found Cassavetes, Tarkovsky, Ozu and Jarmusch, and I started to drift away from conventional mainstream comedy. No one at the VCA really spoke my language. It wasn’t really until I went to the Melbourne International Film Festival and started to meet some kindred spirits that I started to realise that there was a place for my style in Australia, and that that was in independent film. In fact I have made many great friends through MIFF, inspiring emerging Australian filmmakers like Jessica Barclay Lawton, Rhys Mitchell, Kate Laurie, James Vaughan, Audrey Lam, Isaac Wall, Alena Lodkina and Ruth Morris.

What are some of your main influences, in both style and content?

As I suggested before, my influences have changed dramatically over the years and they will continue to shift. I’ve already spoken of filmmakers. There are actually very few films and filmmakers I truly love, and I continue to be mostly influenced by literature. My first film, Building Bridges (directed by Jessica Barclay Lawton), was predominantly influenced by the short stories and aphorisms of Kafka. Family Holiday is a sort of existential cautionary tale about vacuous white middle class Australian. It was drawn from a personal experience of travelling with a partner’s family but it was shaped by Jarmusch, Nabokov’s Despair, Calvino’s Invisible Cities as well as my Tasmanian friend and novelist Adam Ouston’s academic work on the simulacrum of travel. Nabokov remains an ongoing influence. I can see traces of him in my current project, which is mostly inspired by a contemporary Victorian writer Gerald Murnane. I can also see early 20th century Irish writer, Elizabeth Bowen, and my favourite Soviet sci-fi writers, the Strugatsky brothers.

But my biggest and most enduring influence is my father, Oliver Wilson. He passed away in 2004. He was an English teacher and an gifted orator and performer. He belonged in entertainment but he was a man of his era and a father to four so he remained a teacher. Only those he taught or those who knew him witnessed his eccentric brilliance. I think his passing away convinced me into carrying the torch, so to speak.

Oh, I get so excited. I’m a little boy really. I get excited by ideas as I’m conceiving something, talking to people about it, planning, casting, rehearsing, blocking, doing stuff on the fly, filming, finding new stuff in the edit, doing the colour grade or the sound design, working on the score, watching it with an appreciative audience. I guess I just love when I can feel it gelling, when things are flying. I find it exciting. It makes me super happy and I feel like Peter Pan. 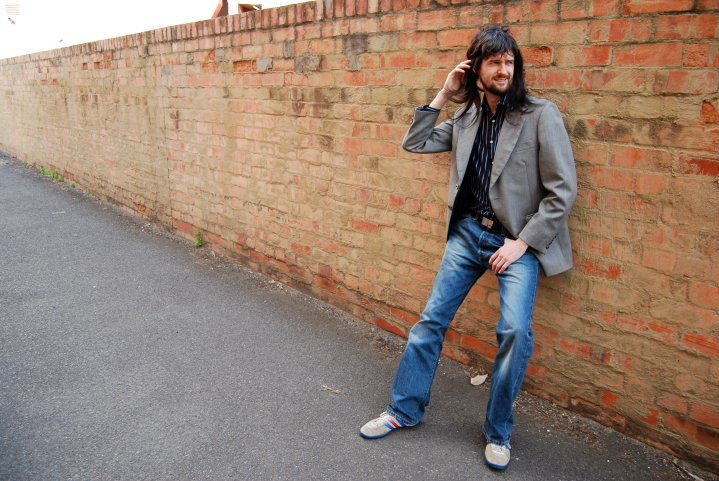 What are some of the bigger hurdles you’ve faced, either on a particular film or in a broader sense?

Oh, gee. The gatekeepers. There are so many conservative voices who can only think of things in terms of Robert McKee and cliches and tropes and who have a fundamental misunderstanding about the nature of drama. They talk with certainty about film, they think they know how to do things and what works. How can you be certain about an art form, and how can you place limitations on it?

I’m shaped, and admittedly spoilt, by my background in stand up comedy. Once upon a time I thought of a stand up character called European Man. It was a parody of fish out of water comics in Australia. The premise was: “imagine if a man from Europe moved to Australia”. The character would speak in a broad catch-all European accent and talk about his mundane life in Australia living with his cat. I told people about the idea and they said it wouldn’t work. So I got up and did it and proved them wrong. This is how art should be. The artist should have creative freedom. You wouldn’t see some Parisian bureaucrat telling Monet that he’s not allowed paints unless he spices up his waterlilies a bit, puts Hugh Jackman in the pond so that it will appeal to the market. In order for me to succeed then, I have to follow the same method of European Man and the method of my heroes like Monet and Cassavetes: make it how I want to, establish myself as an independent filmmaker and then I will be supported. Like many Australian artist before me, if I receive critical acclaim in Europe or America then Australians will take me seriously. But this will only work if my films are good. I can talk all the talk I want but my films have to be good and they have to resonate.

Is it harder to get started, or to keep going?

It’s all hard. You only do filmmaking for love. Well, independent filmmaking anyway. It’s expensive and it’s risky and it’s time consuming and it can be lonely. But I kind of love all that in some way. It’s Sisyphean. But as a result of these negatives you will find that people drop out over time. So I suppose it’s harder to keep going.

I have always loved collaborating with others. I like working with people who understand my project as well as people who don’t. I like confusing actors in particular, withholding information and leading them astray so that they don’t make conventional decisions. I have an acting background so I guess I’m more confident with this kind of thing. In my current project I’m lucky enough to be collaborating with some phenomenal talent: Joshua Aylett, Kate Laurie, Chris Wessing, Adam Ouston, Tobias Willis, Alena Lodkina, Isaac Wall, James Vaughan, Ben Bomitali and Colleen Wilson.

Over the years I’ve collaborated with some other amazing people: Rae Morey, Adam Ouston, Anne Edmonds, Matt Burton, Steven Gates, Rhys and Lewis Mitchell, Jessica Barclay Lawton, Ed Goldner, Rennie Watson, Jessica Fallow, Xoaher Musavvir, Abbey Spacil, Georgios Sofoklis, Mika Johnson, Andy and Andrew Russell. In Prague last year I was lucky enough to collaborate with Turkish superstar Gupse Özay on a Czech language film called Letní Oběd (Summer Lunch) which I wrote, directed, produced and acted in (I don’t speak Czech and the experience nearly killed me). As a result of a couple of photos of Gupse and me together, most of my Instagram followers are now Turkish people who have no idea who I am. It’s pretty great.

What makes great art? We all have very different tastes but for me I want to watch a film that challenges me, and engages me. Often there is a certain truth that the film explores and there is often a heart. But I can think of great films where these things do not necessarily apply. I think I have to feel that there is genius in the film. It is presenting something to me that I have not seen before and I cannot predict where it is going. I find most mainstream films patronising, meaningless, contrived and boring.

What do you think are the best and worst things about the Australian film industry?

There is some great talent in this country. There are some great film festivals such as MIFF and ReelGood which provide excellent support and guidance to emerging filmmakers. Film Australia and the state film bodies have some interesting initiatives for supporting filmmakers. It’s excellent for example, that there’s a recognition that diversity is a problem, that there needs to be more women making films, more cultural and ethnic diversity, more stories from the LGBTI communities. But that’s one element of diversity. We still lack a diversity in storytelling. Where are our odd arthouse films? Where’s our Naked Lunch? Where are our one star films and our five star films? Everything gets riddled with Robert McKee and sent through a machine controlled by white middle class gatekeepers. The result is that we have too many middling films that are safe, timid, patronising and tired, where the life has been flogged out of them through excessive development over too many years and interference by the wrong people. Are we making canned tomatoes or films? This is the problem of having government and the private sector involved in an artistic process. I would like to see some tiny grants being given to talented filmmakers. Give me and my contemporaries $50,000 each and we’ll make a feature out of it. Back us. Trust us.

Under the Cover of Cloud. My first feature film. We’re shooting in September.

It is a new Tasmanian film about family, literature and cricket.

We’re working with Cricket Tasmania and hopefully Screen Tasmania too.

What advice do you have for anyone wanting a career in filmmaking? 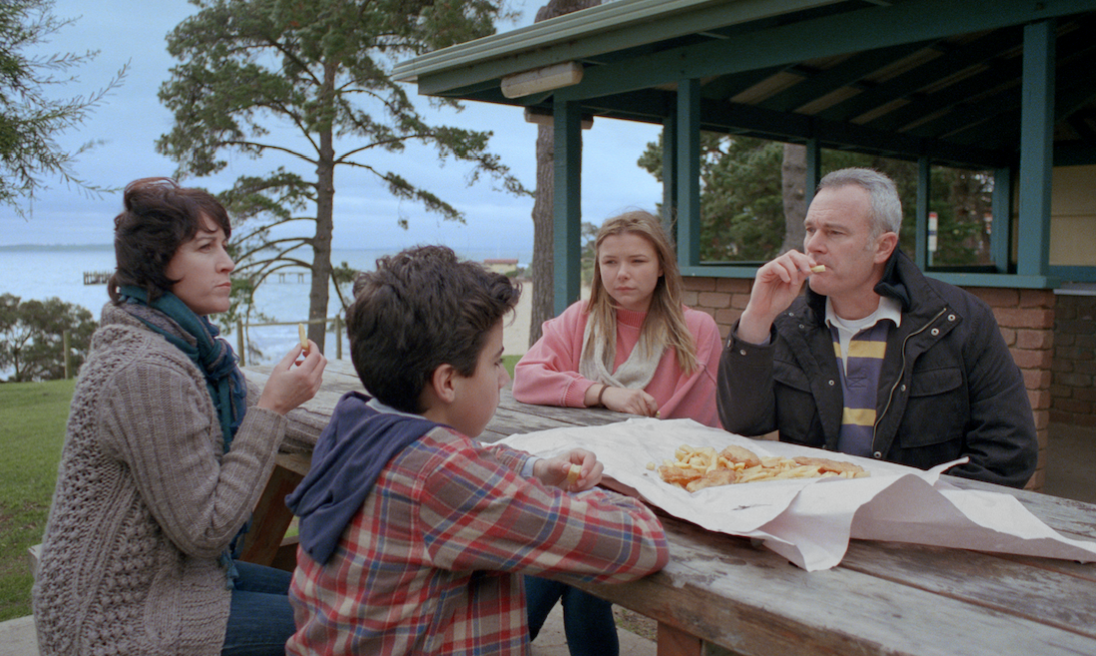